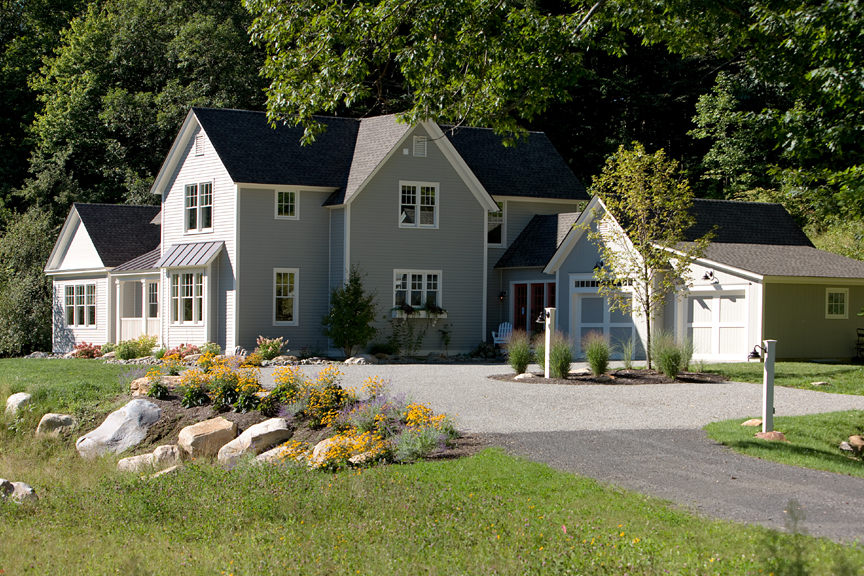 Every client wants a landscape that boasts a unique appearance. When we met our clients Richard and Karin, they asked us to work creatively on their newly built home where rough grading had just been completed. They also wanted us to integrate into the design a large supply of boulders that were dug out during the excavation of the house foundation. Additional requests included:

First, a master plan of the nine-acre property was developed to scale, along with a cost estimate. I always encourage our clients to develop a master plan that lays out stages of the projects for the next one to ten years. That way, as funds allow, different stages can be built from an agreed-upon plan.

The large boulders were all in one big pile. I had the excavator and mason, Scott McKnight and his crew, lay them out so we could look at each of the boulders and select the best ones. These boulders happened to come from an old gravel pit area on the site, so they were more rounded than the typical angular boulders one encounters in the Berkshires.

Starting out with a blank slate at the house, we went to work in this order: