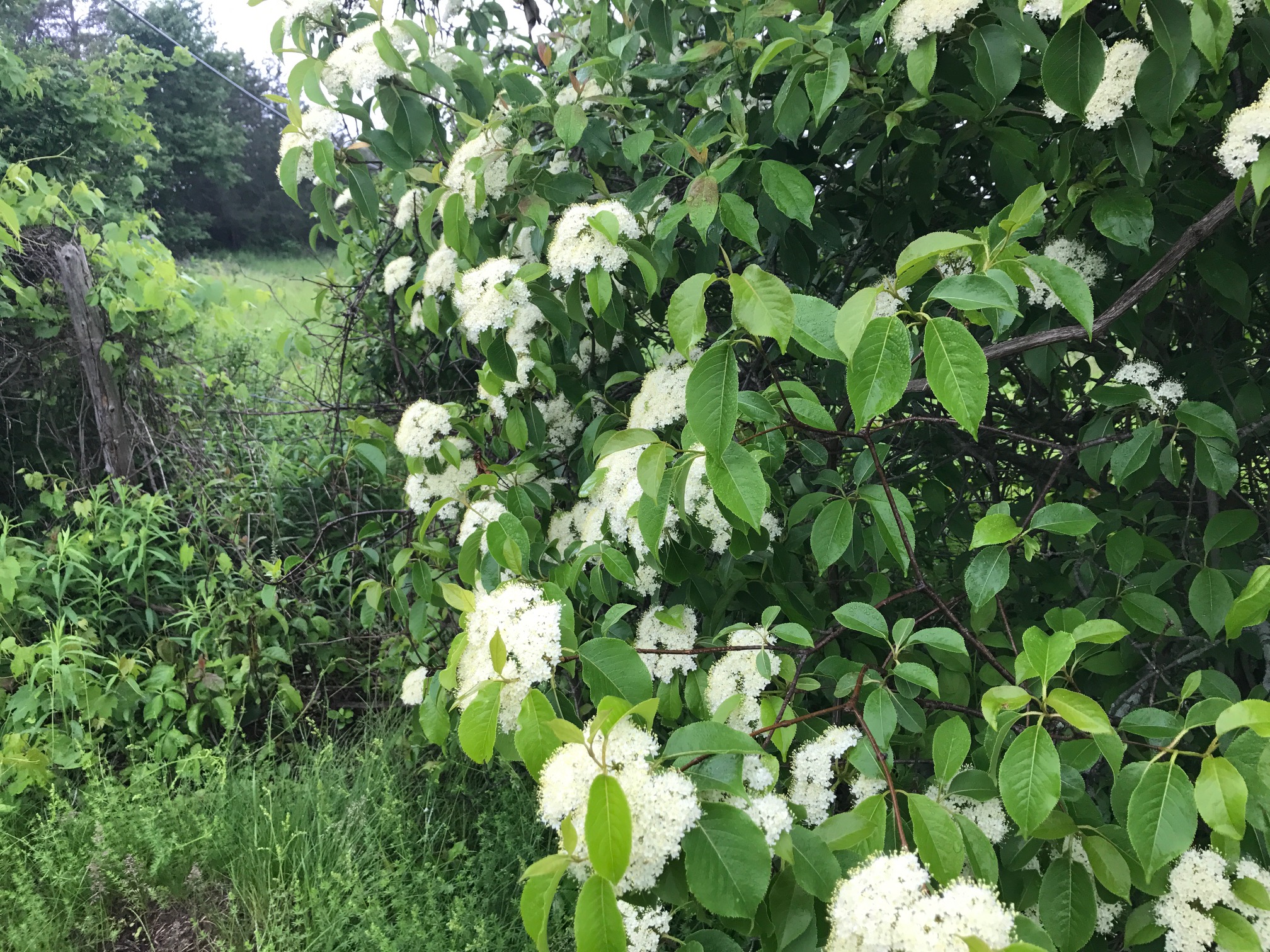 I remember one of the first times I met the plant explorer Dan Hinkley, whose nursery Heronswood was responsible for introducing so many plants into the American garden. I had picked Dan up from LaGuardia and was driving him to a TV shoot at Martha Stewart’s old house in Connecticut. As we drove down the tree-lined Merritt Parkway, Dan, who appeared to be chatting casually, was also scanning the roadside, looking at the flora along the highway. (I was mainly looking for fauna, fawns in particular, as in the mid-spring they had a tendency to jump out into the road.)

As Dan commented on the virtues of the native viburnum along the roadside, a new game, roadside botanizing, was born for me. But I also came to realize that, although wonderful natives could be found in such sites, so could a few plants that I might want to avoid adding to my garden, something that Dan always tried to take into consideration when offering plants into the marketplace through his nursery.

This spring, as I am taken in by the lush landscape that a wet spring has brought either while traveling the roads of upstate New York and Massachusetts or while walking my dog, I think of Dan. Four plants have captured my attention more than any others this year, much to the dismay of my Memorial Day weekend guests, to whom I pointed them out on every excursion about the region.

One of these four may have been a viburnum plant that Dan pointed out all of those years ago. I am not sure — I was not always able to catch what he was pointing out while I was driving, and, as I subsequently noticed, there are two native viburnums along the Merritt. At any rate, the one that is currently capturing my attention is not the blackhawk (which is also beautiful) but the nannyberry, or Viburnum lentago. I rarely see this plant in commerce but it abounds on the roadside and is in bloom now. It is leggy and wild looking, which makes me think it is a hard nursery sell. It probably does not look like much in a container, but its wild, romantic form at maturity seems like it would make it a strong choice for native lovers who want a naturalistic landscape. I cannot wait to locate one or several to plant at the back of my borders to hold its cymes of flowers high above other shrubs and spring flowering plants. Its flowers and foliage seem to capture the light and glow in the spring sky. Even on the rainy days of the past few weeks, it shines on the roadside no matter what the weather. I think this plant should be seeing its moment now, but I need to find a source (digging from the wild is verboten for this or any plant, as tempting as that may be.)

Two other plants that I keep seeing and admiring, I know better than to add to my garden as they are not native and can be quite invasive. One, often mistaken for wild phlox, is Hesperis matronalis, a member of the mustard or Brassica family that was grown as a cut flower in colonial times. Commonly known as dame’s rocket, it bears fragrant blooms ranging in color from blue to lavender to white and can be seen growing in stands along the roadside where it sets seed readily. Although selling its seeds is now illegal in Massachusetts, it became obvious to me, when I saw at a barbecue Saturday night in Connecticut an arrangement of flowers plucked from the roadside, how it came to be grown ornamentally. Perhaps by picking its flowers, our hostess was attempting to prevent it from seeding further into our landscape, but there is little chance that this plant will disappear from our roadside in the years ahead. Many other brassicas, most with the yellow flowers that are more common in the family, have also escaped into the wild from our gardens, but none are as dangerously seductive to me as the Easter-toned blooms of dame’s rocket.

The second plant that is also not to be added to the garden is one I know quite well. Anthriscus sylvestris, or wild chervil, is a European native. The green form can be seen along roadsides throughout the region. A purple-foliaged cultivar, called ‘Ravenswing,’ was quite popular a few decades back. I planted ‘Ravenswing’ in my old garden, but the amount of reseeding this umbellifer accomplished in just one season caused me to pull it out before it took hold. Many other umbellifers, members of the Apiacieae family, known for their umbels of flowers, are also prolific seeders and should be carefully researched before being added to a garden. The proliferation of hogweed and Queen Anne’s lace serves as testimony to this fact.

The fourth plant currently playing out its moment of glory in this season, resides along the same roadsides and seems to prosper in the shade of the nannyberry. It is Geranium maculatum, a native cranesbill that seems to have repopulated the roadside in record numbers this season. From Ashley Falls to Hudson, I have seen stands of this plant, with its purple cup-shaped flowers glowing about a foot above its foliage, whether evanescent from sun or reflecting the water that they capture on a rainy day. I know of a source for this plant (New Moon nursery) and am hoping to order plugs of it for my garden. With any luck, I will find a source for a nannyberry or two as well.

And by keeping out dame’s rocket and wild chervil, perhaps my garden can resemble the native artfulness of roads from days gone by.

One thought on “The Self-Taught Gardener: Two for the Road”