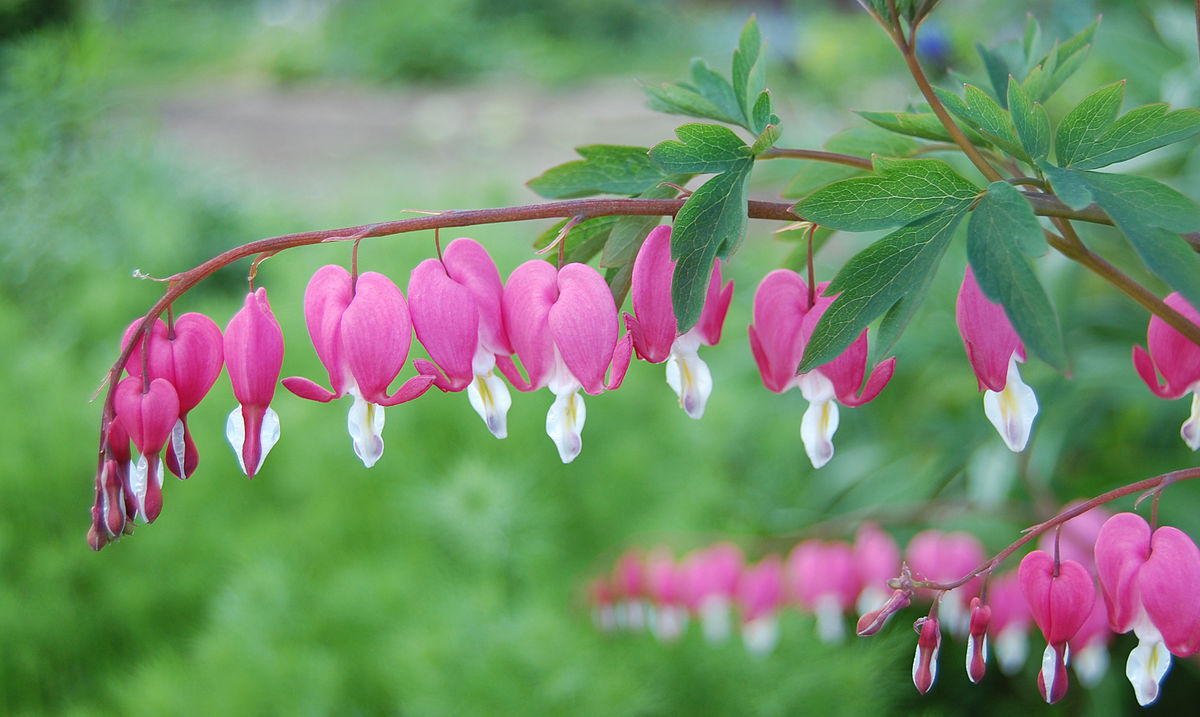 Taking a shovel to earth in the spring is satisfying in so many ways. The ground beneath us is filled with promise, as perennials and bulbs start pushing forth; the spring sun feels so good against our skin; and, just like the plants in the ground, we start to feel active and alive again (and achy by end of day, as our muscles need time to come back to life). This moment in the garden provides something else though, something that we see through the winter snow, but that will quickly disappear as grasses and perennials push forth: this moment show us a clean slate, filled with promise that stirs the imagination. Before we know it, the two-dimensional aspects of our borders will cross into the third dimension, as plants reach for the sun. It is also an ideal time to move and divide plants, as the cool spring temperatures will give them time to settle in before they are contending with the heat and drought of summer.

It is a time of great hope and excitement, but also of reflection. We struggle to remember what-is-planted-where as part of an attempt to identify the emerging red stems of peonies, the gray-green blades of Siberian irises and daylilies, and the clumps of felted silvery catmint foliage that surprise us as we clear away the inevitable debris that has gathered around them. In my old garden, I rarely struggled to identify what was coming up each spring as I had gardened there so long (and had a better memory). But, at my new house, the emerging leaves of a trout lilies and the growing tips of Solomon’s seal take me by surprise. And occasionally, as I identify something coming up, I think about where I would rather see it or what I would do with more of it. Clumps of Siberian irises, dying out at their center, need to be lifted and divided. The divisions that go back into the border will have a renewed vigor and I will have more plants. And a few peonies, which according to some, would have been best moved in the fall, need to be transplanted before I lay the gravel for a new terrace over the area where they currently reside. While fall is often considered a good time for transplanting, I think the freeze and thaw cycle of this region can make that problematic. It can heave newly planted transplants from the ground if they are not properly established before winter begins.

Over the years, I have learned to apply a few general rules when taking on these tasks. For starters, it is best to divide plants that are mature. Many species benefit from division. It increases their vigor and, for some perennials, is essential to their long-term health. When digging perennials up, I always try to start digging at the drip line of the plants because, in an effort to access water, the roots usually reach out beyond the span of the plant’s foliage. This is harder to estimate in the spring when plants have not put on much growth, but I think back to the plant’s size the season before. Ideally, when digging up a clump for division (or even when simply transplanting something), the goal is to try to keep the root ball intact and to damage it as little as possible. Digging when the soil is moist but not too wet will help with this, and will also mean that the plant is properly hydrated, just like a patient headed into surgery. When dividing most plants, it is best to separate them into smaller sections, quarters at the very least. (With irises, I use a sharp spade or a garden knife.) It is important to make sure that each plant has a nice section of the roots and enough growing points, or shoots, to produce a healthy flush of foliage. (With a hosta this would be six growing points for optimal growth in that first season). It is also best to avoid replanting less vigorous parts of the plant. I can get enough divisions out of that iris to forgo its half-dead center.

Perennials have many forms, some are tap-rooted or have woody roots, others form clumps or send off offsets that can be separated, while others, such as stonecrop, have surface roots that allow the plant to be easily cut into pieces and replanted. Tap-rooted and woody plants are often viewed as the most difficult to divide, and even though many gardeners say some of these plants, such as bleeding hearts and baptisia, should not be divided, it is possible to do it. (I would draw the line at lavender). The standard line about baptisias is that they resent transplanting due to their woody taproots, but in my experience it is not the plant that resents division and transplanting, it’s the gardener. Digging these roots out is quite a task, but its division supplied me with a number of plants that came into their own within a few seasons. (Baptisias are a bit slow to establish). And, as with all transplants and divisions, ensuring a steady water supply and moving them when the weather is cooler and the sky is cloudy gives them a chance to settle in nicely.

Not only do dividing and transplanting in the spring offer benefits to the plants, there is another added benefit for the gardener – we can watch these plants take on a third dimension at the same moment that we watch the rest of the garden come back to life.