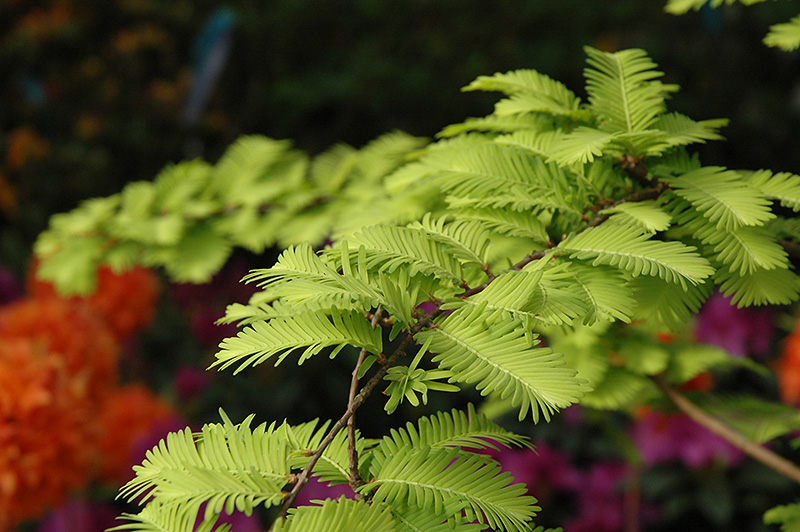 For some reason, I have a newfound detestation of yellow-foliaged plants. For the past few decades, gardeners have been trained to think about foliage over flowers, and this textural approach does have many merits. The textural effect of leaves — from narrow grasses that dance in the wind and heart-shaped leaves, such as that of the redbuds to the delicately cut fronds of ferns and the fan-shaped leaves of full-moon maples – last throughout the growing season in the designed landscape. And the silvery needles of firs and spruces and the evergreen broadleaf foliage of rhododendrons, boxwoods, and hollies carry this foliar effect forward through the rest of the year. I love the interweaving of such texture in the garden and can think of numerous gardeners that I have known, from my dear old friend Henriette Suhr to Hollister House’s George Schoellkopf, who have used such combinations to glorious effect.

But of late, I have noticed a reliance on the color of foliage more than on the form of the leaves themselves, and the surfeit of yellow and purple foliage seems to span from some of the country’s most well-known public gardens to the hellstrips in front of gas stations and fast-food chains. I fully understand the desire to include color as a component in garden-making. It has always been important, even when we thought of it primarily as relating to flowers and shades of green foliage – from silvery sages to the blue-greens of hostas, with the occasional copper beech or Japanese maple adding a bit of foliar variety. But in the past few decades, nurseries and breeders have been working hard to create cultivars of everything, from dogwoods and aralias to yellow-leaved beautybushes, to lure in gardeners with bold yellows and purples. These options are well worth considering and can be used to glorious effect, but it has been easy for gardeners to default to using them as a lazy way to add variety, kind of like grabbing another colorful crayon when one is drawing versus learning the craftsmanship of creating a line. To my mind, one should learn the art of composition first and then think about color and its effects, and I would like to make an argument for a newfound subtlety in color selection.

However, on a recent visit to Hollister House, I was taken by how George continued to manage to use colorful foliage in a manner that I did not find jarring. The plants that he selected and placed throughout the garden seemed not to be simply yellow- or purple-leaved, but seemed to be used to cast a sense of light and shadow throughout the borders, and the cultivars he had selected offered more than their color. Spirea ‘Ogon’ was not selected for a border along the lawn solely because of its golden glow, but because of its willowy foliage that was gracefully held on long branches that seemed to help weave together the plants that surrounded them. The color was just one more added effect, and a useful one.

In looking at this composition, I thought about why we come across this variety, created to have bright yellow foliage, so often and why nurseries and garden centers rarely offered up the soft green straight species. Perhaps because the color had merit, but I also felt there was another reason – that they caught and demanded one’s attention, in the same way that we are drawn to yellows in commercial strips, and therefore they were easy sells. I am determined to think about how to use the soft green of the straight species in the garden and its wonderful foliage, but I also like the idea of using the yellow form when I want the effect of light hitting the garden. I realize that my disdain for yellow leaves is not for the color itself, but for its unconscious overuse, although in the case of some yellow-foliaged varieties, such as a new beautybush cultivar and some new spirea varieties, the combination of golden leaves and the accompanying pink flowers does not appeal to me in any way. And yellow-leaved evergreen conifers, such as ‘Skylands’ spruce and gold false cypresses, always seem jarring to me in the winter landscape, seeming more chlorotic than colorful.

I have come to have a newfound love for the subtle shades of green in the woodlands and the soft blues and dark greens of many conifers in the landscape. This will guide my approach to my new garden, which I would like to feel sylvan and related to the surrounding landscape. I hope to hold off on explosive and colorful foliar effects until the season that all New Englanders associate with riotous color – when the shortening days bring about a change in leaf color on sugar maples and oaks.

When I was gardening in Connecticut, I remember planning a grove of dawn redwoods at the back end of our meadow, and considering whether or not use ‘Ogon,’ the gold-leaved selection of the species. I eventually decided it would be too unnatural and attention-seeking within this quiet landscape. I would simply enjoy the chartreuse of the species’ new growth in early spring and its bronze tones in the fall, relegating its soft green leaves to play a background role for the summer. And as I consider adding a few dawn redwoods to my new garden, I think of my friend Henriette, who was given a collection of yellow ones by Wave Hill’s Marco Polo Stufano, who was known for his use of colorful effects of foliage and who thought she should introduce yellow into her landscape. Henriette sequestered these gold-hued specimens in a hollow in the woods, out of view of the rest of the garden. They were a pleasure to come across, giving the illusion of a ray of light coming through the woods and hitting the forest floor in the golden days of summer, but they did not detract from the natural feeling of her woodland garden, which was known for its wonderful foliar effects. I hope that I can have the same judiciousness as she had as I select plants for my new garden and attempt to resist the lure of gold.

Hollister House Garden in Washington, Conn., will be showing off its colorful foliar effects this Friday evening with special viewing hours. And if one would like to make the argument for colorful foliage, an evening visit to this garden is all that it takes. For more information: www.hollisterhousegarden.org or 860-868-2200.