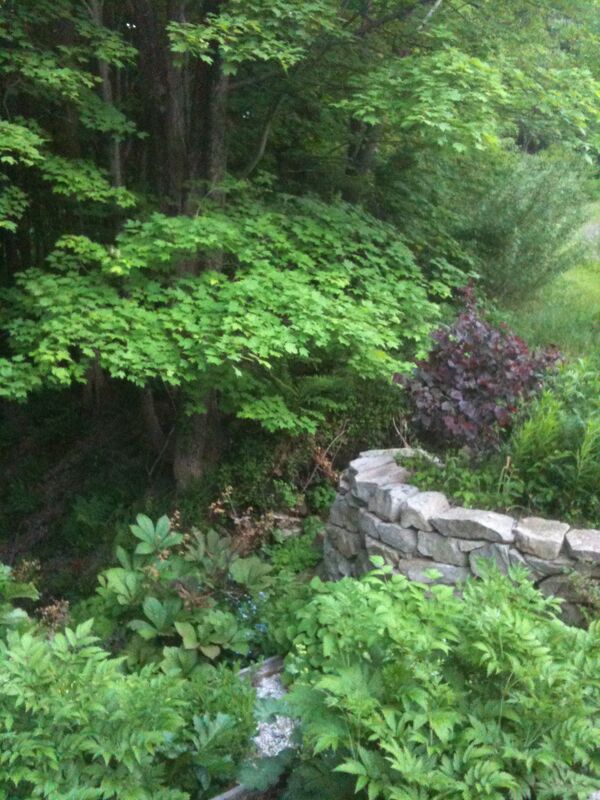 Stockbridge — I cannot help but equate the Republican presidential primary politics with the opinions of some of my fellow gardeners, who seem to have taken on a nativist, xenophobic tone that leaves me worried about the future of our gardening in the same way that rants about a wall along the border of Mexico make me fret about the future of our country. In my opinion, America’s strength comes from immigration and closing our doors to those who have contributed to a diverse economy and culture throughout our history is shortsighted. And I think the same principles apply to gardening.

For me, gardening has always provided a connection to the natural world that has surrounded me — from the Midwestern prairies of purple coneflowers and goldenrod of my Chicago childhood to the woodland ferns and native skunk cabbages that announced themselves in my old garden in Litchfield County nineteen years ago as an early warm spell brought them forward. But to say that I was not also excited that spring to see the emerging purple stems of non-native peonies coming up around the property, holding their own without taking over the natural kingdom around me, would not even occur to me. The clump-forming habit of herbaceous peonies made them an ideal addition to my garden, no matter what their provenance and I think of them as I think of so many of us whose families immigrated to America, as good neighbors and good citizens in a world that honors and recognizes those traits and values versus generalizing and

casting non-natives as invasive and alien. As a matter of fact, peonies call to mind the early immigrant settlers of the American west, as many pioneers brought the roots of these prized plants with as them moved west, and planted the rhizomes around the foundations of their houses. When planted properly, just a few inches beneath the surface of the soil, these propagules would grow on and flower in the coming years (when peonies do not bloom, it is often a result of their roots being planted too deeply). The scale of the clump would slowly expand, and due to their inherent drought tolerance, would persevere for years to come, as can still be evidenced at the sites of old houses throughout the west where foundations of the houses that rotted away long ago are surrounded by these tough flowering perennials that have held their own without taking over the landscape. How can we treat these garden stalwarts, many of which hail from Southern Europe and Asia, as anything but the embodiment of the American spirit? Perhaps it is the connection of some species to southeastern Europe that explains my connection to these plants, as it is from this region that my family came to America three generations ago.

Tough, strong, stubborn and productive, peonies belong in any garden that will have them and needless to say, when I moved recently from my home in Connecticut to the southern Berkshires to begin my life anew in a new garden, I took along a bit of pioneer spirit as well as the dreams of my immigrant ancestors, as I dug and divided some the rhizomes of my favorite varieties of peonies for replanting. Of course, a few clumps of hay-scented ferns and sensitive ferns came in tow as well, because to me the best world, and the most beautiful garden, has a diverse population that is at once both native and exotic.

Garden tasks to take care of this month:

2 thoughts on “The Self-Taught Gardener: The Garden Wall — selecting non-natives that belong here”