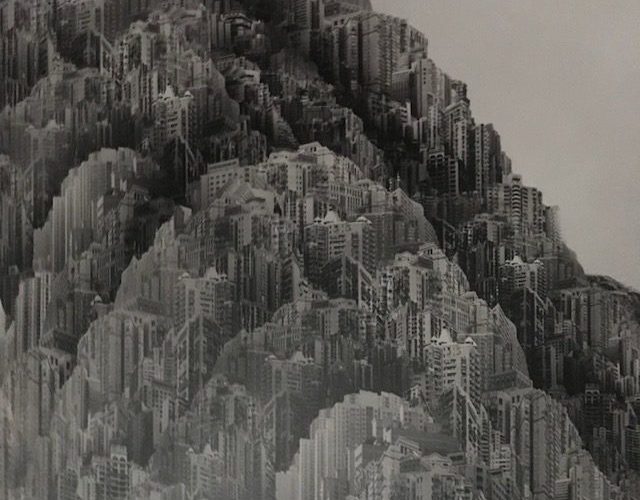 A show about China at the Minneapolis Institute of Art seems like a funny place to go to think about placement and perspective in the garden, but when the legendary theater director Robert Wilson decides to design a show, you can imagine that it will be filled with lessons that take one across the disciplines.

Power and Beauty in China’s Last Dynasty is more than an exhibition; it is a study in how we see, starting with a five-minute meditation in a dark room with a single object to meditate on – a simple vase set in the corner and lit in an abstract manner that allows the object to be fully comprehended only as time passes.

From that moment on, I could not help but think about how we bring ourselves into gardens, and about what we carry with us. The meditation session was the darkroom equivalent of my experience at Saiho-ji, the moss garden in Kyoto, where, before entering the garden, visitors are expected to kneel at a writing table and trace out a prayer in Japanese script with quill and ink. Gardens are not just about the places we see, but also about the journey to them and what we leave behind that allows us to see what lies ahead. The monks that require us to sit and write in script before entering a garden know this, and so does Wilson.

Robert Wilson approaches the design of his show with the same thought process as he approaches the stage. Works are set up to be taken in from a perspective that helps inform the narrative of the garden or show, and to carry some emotional impact. By leading an eye to view a scene, garden designers control how we take it in. Walking up a path to a carefully planned view is good theater. The eye knows where it is supposed to go, and nothing along that path distracts from the view at hand. This is great drama, strong curating, and good garden design, all rolled into one.

Such an act also allows us to see the object that is the focus of the scene as central to the space. A throne overtakes a room with its central presence, or a collection of intimate items of the women and children of the last dynasty are thrown into the spotlight by metallic foil walls with which Warhol might have papered the Factory. (Alas poor Interview magazine, I knew you well.) This silvery paper is the non-horticultural equivalent of pachysandra, a ground cover that helps to bring objects of beauty in the garden to the fore. (I cannot help but wonder how Warhol would have gardened; somehow I imagine acres of silvery Artemesia ‘Valerie Finnis” populated with hundreds of rhythmically placed ‘Mammoth’ sunflowers.)

But where Robert Wilson really brought to the fore this lesson of bringing an object into focus was in the penultimate room of the exhibition: the carvings and scrolls on display there were surrounded by walls papered with a photomontage in the style of Chinese landscape painting. This wall covering, created by artist Yang Yongliang, is a fascinating exploration of perspective. There are views of mountain areas where the perspectives are varied and where multiple scenes come to the fore within the landscape, and then there are other areas populated by mountains and ridges that are typical of the Chinese landscape. This multilayered approach to perspective, not usually represented in western art, has an ability to move a story forward. Each of the scenes that comes into focus becomes part of a narrative and a journey, like the tableaux often seen in Japanese tea and stroll gardens. As you move from scene to scene, it is in the moments of rest between them that the eyes have the chance to refocus and prepare for what will come next. And, upon closer inspection, the eye sees that the mountain forms making up the landscape on the walls in this room are not, after all, the high-crested, vertiginous hillsides typical of the Chinese countryside. In fact, they are photographic collages of apartment buildings, high rises and industrial sites. By recognizing the genius of the artist who created the wallpaper and by using it as dramatic background, Robert Wilson here shows his remarkable mastery of design.

Because I am frightened about how man’s future landscape might evolve, I left that room hoping that Robert Wilson, or someone of equivalent genius, might create a garden that would allow me focus on the beauty in between such scenes of industrial degradation. I then walked into the final space of the exhibition — a chamber bathed in bright white light with nothing more than a single object obscured by the glare. I knew that any garden designed by someone like Wilson would take us on a journey all the way to the finish line, and perhaps to the heavens themselves.