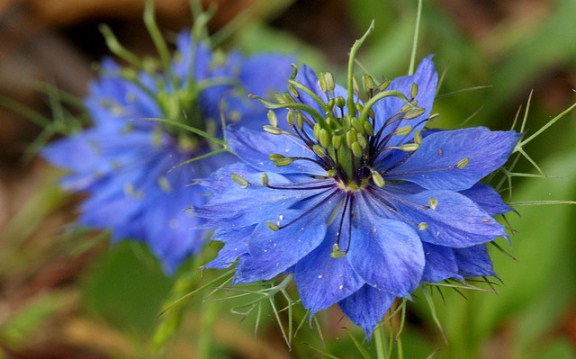 It is embarrassing to admit this, but I have become a lazy gardener. And the process of starting seeds indoors in late winter – washing seed trays in a mixture of bleach and water, setting up light tables and heating pads, preparing a soil mix, counting backwards from when I can set plants out in the garden (after hardening them off, of course) so that I can determine when to sow various varieties — feels as overwhelming as doing my taxes. The concurrent arrival of dreaded tax forms and seed catalogs seems more than a coincidence. Early in my life as a gardener, the seed catalogs provided me with joy and endless plants to daydream about as I avoided my W-2s, staying in bed on chilly mornings, plotting out where I would put all of the perennials and colorful annuals that I would grow from the seeds I would order.

For years, I would take advantage of my Royal Horticultural Society membership and order my allotment from the seed exchange. My basement would be filled with nursery pots of perennials such as Baptisia leucantha and Mitella, which I hoped to grow for its spikes of small green flowers. As these perennials, along with ‘Hidcote’ lavender and yellow-flowering cowslips, germinated and formed true leaves, I would spend days potting them up into flats filled with larger pots so that they could grow on a bit before being set out in the garden as the weather warmed. I was even growing on some perennials that needed stratification and a cold period before they would germinate, a process that consumed not only time but space in my refrigerator. Needless to say, my tax forms awaited my attention until spring was full on, and applying for an extension was not unheard of.

There was pleasure in seeing these plants mature in the years ahead. The baptisia was slow growing. It did not bear its first signature white pea-like blooms until the third year, and then took another five years to bulk up into a reasonably sized plant. I took great pride in seeing it in my garden. In the early spring, I watched for its purple green stems to first emerge, like miniature asparagus stalks, and remembered the excitement of my first years as a real gardener, after years of living in New York with nothing but a few window boxes to satisfy my desire to grow. Having grown these perennials from seed had been quite satisfying.

But as the years have moved forward, and the list of garden tasks to take on each spring has grown, I am excited by the seeds of a different collection of plants, not the slow-maturing perennials of my early days, but their dramatic annual cousins who come on hard and fast, that can simply be sown outdoors, and that share their glory within months of being sown. The seeds of cosmos, poppies, calendulas, sweet peas, and love-in-the mist have claimed a place in my heart where perennials in need of extended stratification once resided. (I still love many of these perennials, but prefer to purchase them from the nurseries that sell them closer to their mature size.)

The dearest of these annuals are not the cosmos, calendulas, nicotiana, and nasturtiums that need warmer soil in order to begin their germination process, but the poppies, bells of Ireland, and nigella that should be sown as soon as the ground can be worked. These miniscule seeds are simply sown across the surface of the soil (they need light in order to germinate) and break forth as soon as the conditions are right for them to grow. The tradition is to mix them with sand to spread them evenly, but I prefer to feel like a “Johnny Poppyseed,” tossing them into beds and borders haphazardly, so that swaths of them pop up as if the seeds had simply dropped from last year’s plants. And I am doing the right thing by using this method of sowing, as many of these plants would not even do well if started indoors. They are best sown in place, or in situ, as they do not transplant well.

And while I look forward to seeing these plants as they mature, flower and set seed, what excites me most is to see the young plants push up from the earth when I am working in the garden in the weeks ahead, perhaps when I am cutting back last year’s perennials or sowing nasturtiums and cosmos as the soil warms to the temperatures they require.

Or maybe, just maybe, I will be adding in beloved perennials that I purchased with the tax refund that now arrives in time to get added to my spring budget for buying plants at the local nurseries.

One thought on “The Self-Taught Gardener: Spring sow”