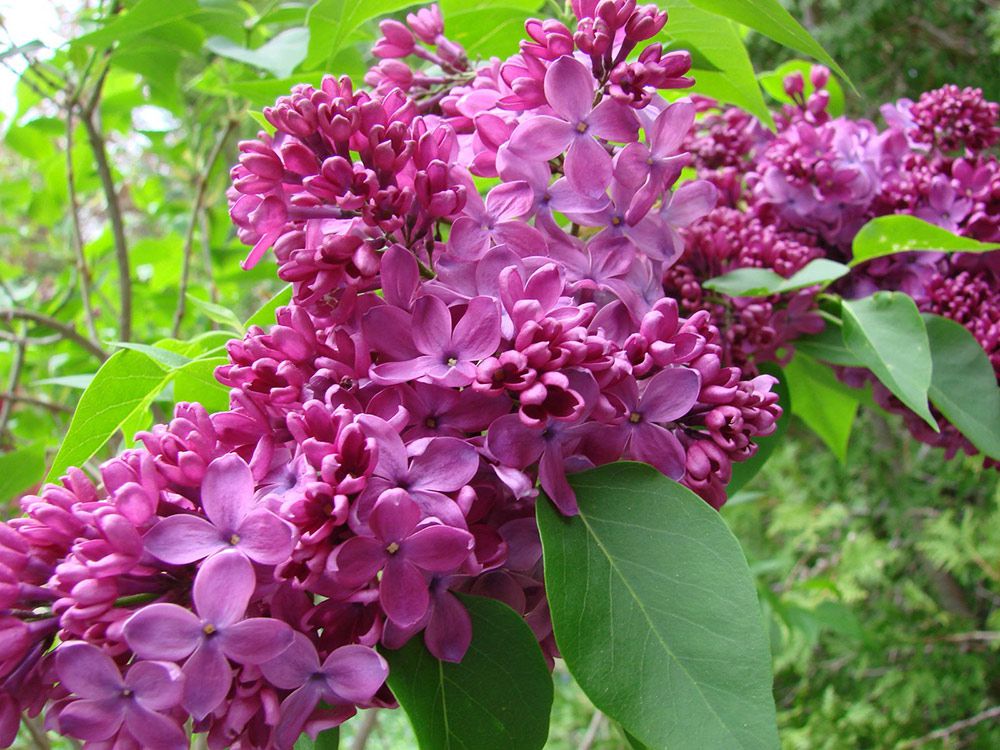 Every year and every season, I find there is one genus that particularly captures my imagination in the garden, almost to the exclusion of everything else. One spring it was irises, which seemed to be wherever I looked, sharing their regal floral architecture. (They are the basis for the French royal fleur-de-lis, after all). Another season it was dogwoods, and I found myself enchanted by many different dogwood species — from the native species Cornus florida which puts out its signature bracts well before its leaves, to the kousa types with their spectacular trunks and bark, to shrubby forms with colorful winter stems, and also to Cornus mas (a k a  the cornelian cherry) with its early un-dogwood-like tiny yellow flowers and its edible red fruits that come on as the season progresses. But this year’s showstopper appeals to my olfactory sense as well as my eyes.

My being on the road quite a bit this year in the peak of spring may have left my garden in disarray, but it has given me a new regard for an old garden favorite that, due to the timing of my travels, I have been able to breathe in for weeks on end. From the byways of northern Iowa and Minneapolis to forays to Rhode Island, Chicago, and Robert Couturier’s garden in Kent, Connecticut, my sense of smell has been assaulted in the best manner possible, as I have taken in the presence of lilacs with both my eyes and my nose.

And, like my others seasonal obsessions, I have been amazed by the range of lilacs from which to chose. From selections of Syringa vulgaris (the specific epithet vulgaris means common, not vulgar, although the habit, structure and leaves of the common lilac have often relegated it to the back of borders where it fades into the background after flowering) and the dimunutive, more garden worthy Syringa pubescens ‘Miss Kim’ (pubescens refers to the downy undersides of the leafs, not its adolescence) to the cutleaf species Syringa lacianata which I spied at Windy Hill this week, there is a form for every sunny spot in the garden. The cutleaf lilac could be added to the garden for its foliage alone.

While I was in Iowa, I saw common lilacs that must have been twenty-five feet tall, that reached over picket fences holding their pale blue, lavender, and white flowers at nose-height for passers-by. For smaller spaces, these vulgaris types can be pruned back hard and a third of their branches can be taken out each season after blooming (or at peak bloom if they are being cut for arrangements.) However, I felt true love for the mythically proportioned Iowa specimens. I think my dog Fred has never been taken on so many walks as on those three days in Decorah. For once my nose was as active as that of my beagle.

The ability of fragrance to beckon us is well recorded, whether the smell is of bacon cooking or coffee wafting upwards in the morning to pull us from our slumber into the kitchen. But scents in the garden can also trigger memories and, as Fred and I encountered lilacs the size of a city lot in Decorah, Iowa, their fragrance took me back to a funny episode two years earlier when I moved to the Berkshires and Fred was skunked. I bathed him that night and, although I was relatively successful in getting him to be less fragrant, a certain skunkiness remained. The next day, he jumped onto my lap after a day of running about and, much to my surprise, he smelled of lilacs. I imagined he had been given an additional bath by a neighbor who used lilac-scented soap, an old-fashioned scent that reminded me of pitchers of these fragrant blooms on the big dining room table at our cottage when I was a child. Forever forward and well beyond the lifespan of a beagle, the scent of lilacs will remind me of Fred, greeting me at the end of a long day.

4 thoughts on “The Self-Taught Gardener: Scents and sensibility”