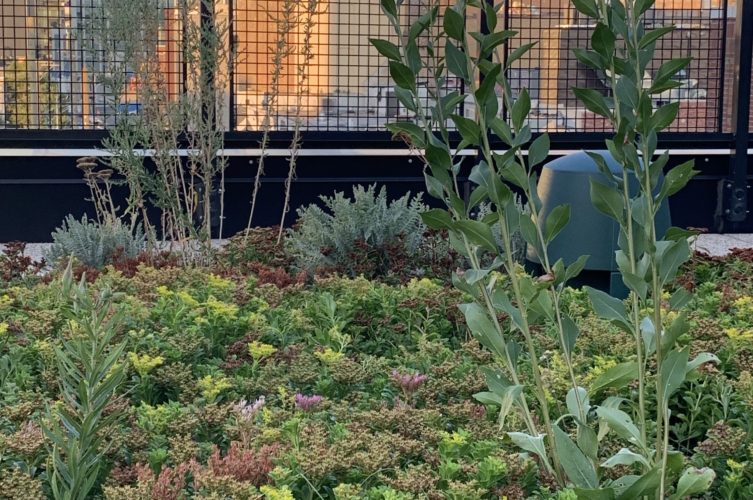 My trip home to Chicago for my sister’s birthday contained all of the joys and stresses that such events engender in us. Family events are filled with expectations, met and unmet, as well as histories and rivalries, spoken and unspoken, that inform the day as it unfolds. I was well-prepared for what was to come, but the loss of an old friend to suicide and the shootings in El Paso and Ohio also hung over the weekend’s festivities. Fortunately, the party came off without any fireworks, alongside the signature surfeit of good food that fills any Buttala family event, and some unexpectedly good news about a forthcoming addition to our family. Nevertheless, it was hard to shake off the senseless loss happening all around us and filling front pages of the newspapers and our social media feeds. Even the healing qualities of plants, such as the explosion of clematis blooms climbing up my mother’s house, could not soften the shock of the week’s tragedies.

So the following day, when an old friend suggested going to a rooftop party at the Ace Hotel, I was unsure I would be up for such an event. But, it was a lovely day to be outside and looking across the cityscape of Chicago from a rooftop is always uplifting, not only for the views of the city’s vaunted architecture but also for the sheer beauty of the lake and surrounding landscape. The first living roof I ever experienced was a prairie landscape created by Mayor Daley years back on the roof of Chicago’s City Hall. This prairie, sitting atop the classically inspired 11-story building by Holibard and Roche, was and is still surrounded by the early “skyscrapers” of Burnham & Root and Louis Sullivan, as well as the masterworks of modernists such as Mies van der Rohe, Bertrand Goldberg, and Helmut Jahn. I still remember years later how this landscape seemed to unify the artistry of humankind with the glories of the natural world. It showed our ability to peacefully coexist with the world around us, and the experience of it still informs my search for the landscapes that meet our own needs and those of the ecosystem as a whole.

And so we were off to the Ace Hotel. When I arrived at Randy’s in my standard uniform of khakis and a button-down, he insisted that I change into shorts and a t-shirt. It was summer he argued, and I complied, not wanting to stand out in my formality. It was wild how a change of clothing allowed me to relax and let go of my preconceived notions of how I should present myself and where I fit into the community around me. The party was unlike anything I had experienced in ages, harkening back to a time when I was an editor at Interview magazine in the 1980s. Despite Randy’s intervention, it was a dance party at which I still stood out, because the other attendees, who were as ethnically diverse as the victims at the Walmart in El Paso, were dressed in bold colors and wild outfits that called to mind the garden that inhabited the other half of the rooftop. African-American women in smoldering pink jumpsuits and a Latino man in a purple leopard-skin woman’s bathing suit with an orange chiffon overskirt, confirmed that my emergency wardrobe makeover was necessary if not perhaps a bit staid. If this had been a garden, I would have been white phlox. The range of people and their colorful display felt welcoming in its diversity and its acceptance of just being who we all are.

I had not danced in years, and am prone to sitting on the edges of such activities, so it took me some time to warm up to the idea. But a leisurely walk through the garden on the other side of the rooftop helped get me on board. Coneflowers and bee balm seemed to dance in keeping with the music pouring out of the shiny white loudspeakers that looked like bullhorns on a ship, and allowed me to leave the week behind and to move into the moment.

I looked down at the sedums and yarrows dancing in the wind peacefully side by side, holding their own territory and contributing to the beauty of the scene as a whole. A glance across to the other side of the roof, filled with dancing flowers of the species Homo sapiens, and at the city beyond, allowed me to leave behind the hate speech and loss of the week that just was. I walked over and stepped out onto the dance floor for the first time in years to recognize my own place in the mix.

As I danced amongst the pink and gold lamé-clad guests, I realized that just like in the garden, there is room for us all to inhabit the same world and to dance to our own music. I also realized that Randy was wrong about one thing: There would even have been a place for me, a boring old white guy in khakis and a button-down to find a place amongst all these colorful blossoms.