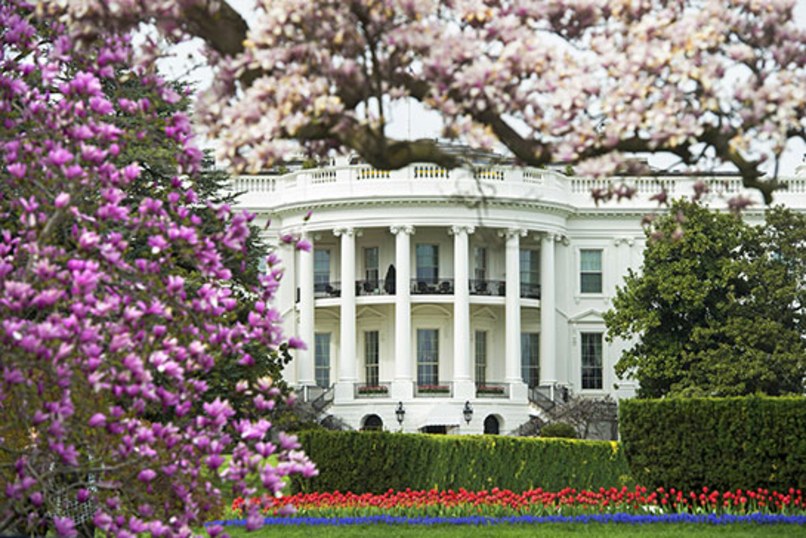 This column was written before the election was called and takes into consideration how each candidate should prepare for the future, and how I should prepare for next spring, regardless of who holds the highest position in the land. It was also the best method of keeping myself calm during a particularly tumultuous election.

Remove all weeds. Cool season weeds are the bane of a gardener’s existence and, if left in place, easily wreak havoc in the garden. I liken them to John Podesta or Governor Chris Christie. They can seem like their moment has passed and they should just be ignored, but when you turn your back, they create problems that you will be dealing with for your entire tenure in your house, White or otherwise. It may seem odd to be pulling weeds as frost comes on, but many cool-season weeds can find time to flower and set seed in the late fall or early spring, which means more weeding in years to come. Get rid of them now, or bear the consequences.

Clean up what you can while leaving something behind to nourish the world around you. By cutting back irises and peonies that can overwinter disease and by burying evidence of their existence (think emails or tax returns here), a gardener can make the next season a healthier time in the garden. This may not apply to the candidates. Come to think of it, hiding things rarely works well in office unless one is quite good at it, but then, it doesn’t really work well in the garden either, unless such items are properly composted and all remnants of disease are destroyed in a hot compost pile. It may be better to just throw away such waste. On the other hand, leaving behind a few things to feed wildlife can be the simplest investment in the environment with minimal downside. Leaving seed heads of grasses and some annuals and perennials in the garden is a simple investment in the future. These structural plants, such as those of strong-stemmed angelica or globe thistles, can also make the winter seem more magical as snow highlights their silhouetted form in the low-lying light of February. On the other hand, cleaning up what does not provide such artistry makes the preparing for the garden’s inaugural season that much easier come early spring.

Invest in existing infrastructure and its ongoing maintenance. Caring for tools by cleaning them and properly storing them (think of a wire brush for shovels and hoes, and perhaps some linseed oil for wooden poles and handles) can save on having to invest in replacements. For those with garden bridges, keep Chris Christie away– managing bridges is not his strong suit. Similarly, keep Huma Abedin’s ill-named husband away from any technology, though it could be a good time for you to use a camera to photograph areas of the garden that lack four-season interest as a reminder of what to invest in next year, like fall-fruiting shrubs and conifers.

And lastly, take stock of your losses and victories. Don’t blame the garden and its constituents for what went wrong (although foreign invasives can be a problem, some exotic plants are good citizens), but similarly don’t take too much credit for what worked (sometimes things such as the economy flowering and growing have little to do with your policies or those of your partner who used to rule the garden). Remember that humility is the most important quality in a gardener, and in a leader.