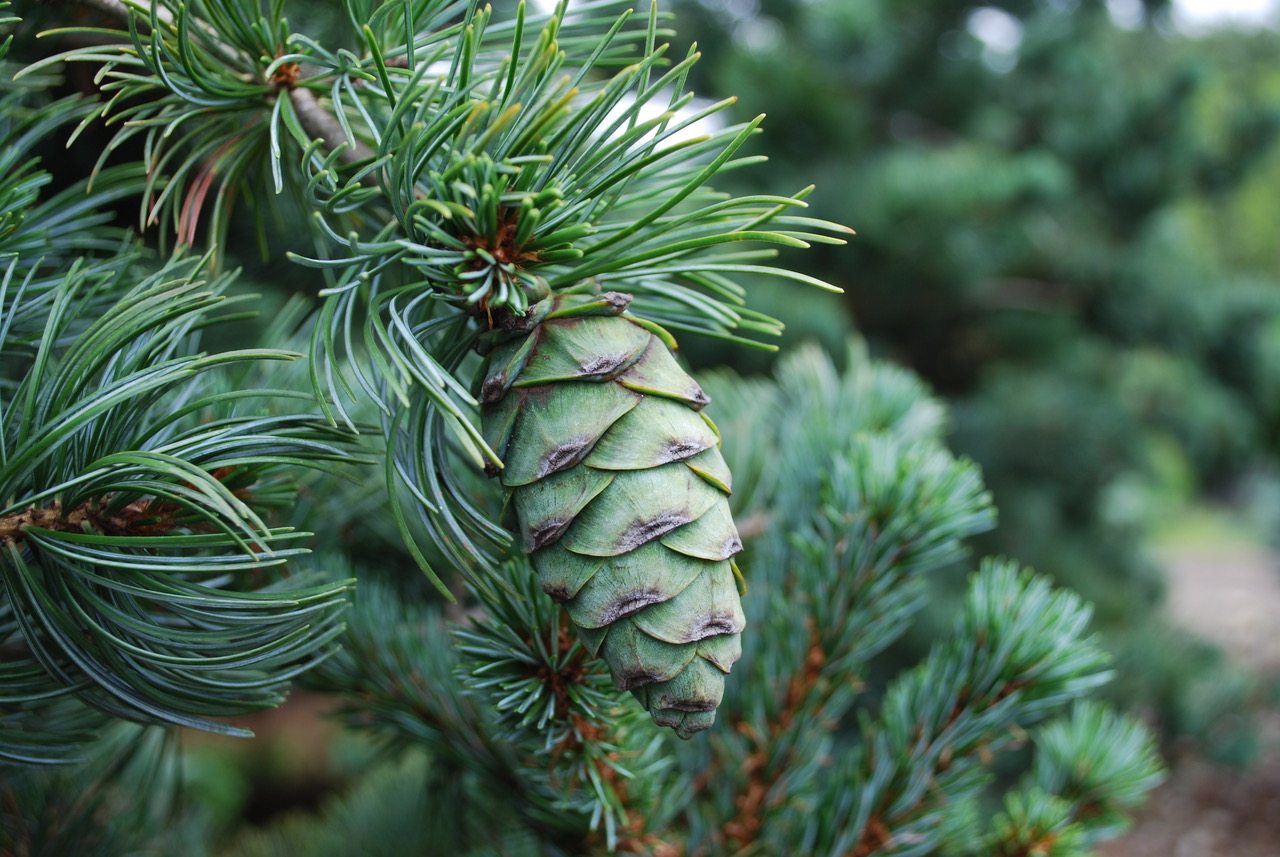 So often, when non-gardeners point out conifers, they use the term pine tree or Christmas tree, not recognizing the breadth of the plants they are miscategorizing. Many of these conifers are not pines; they are spruces or firs, false cypresses or true cypresses, or perhaps blue Atlas, white or red cedars. And this week, as I worked at the Berkshire Botanical Garden with a variety of expert wreath-makers, selecting branches from an array of conifers to add to wreaths for the Garden’s annual holiday marketplace this coming weekend, I was amazed that anyone would make the mistake of categorizing all of these forms of needled foliage under the term pine. But I also had a revelation about the other misnomer and decided maybe it was not a misnomer at all, as all of these trees would make wonderful Christmas trees.

Years ago, when I was an editor at Martha Stewart Living, one of the first stories I was assigned was about using balled-and-burlapped conifers as Christmas trees. A live tree (whether balled and burlapped in the traditional way that has been used to dig and transplant trees by generations of tree farmers, or simply containerized in a plastic nursery container) could be brought indoors for the holidays, ideally placed in a cool part of the house, and then planted outside after its use as a Christmas tree. To make late season planting feasible, a hole could be dug in advance, and the soil could be stored in the garage. Alternatively, the tree could be held on a sunny, unheated porch for the winter and planted out in the spring.

My friend Henriette Suhr and her husband had made a holiday tradition of planting their living Christmas tree in the garden after the holidays. Straight through until her 98th year on this earth, Henriette always started her tours of Rocky Hills underneath one of the firs that she and Billy had used as a Christmas tree fifty years earlier. Rocky Hills was known for its artful array of dwarf blue spruces, endless forms of pines and firs, and a few weeping blue Atlas cedars that added to the drama of the garden. And while many of the trees had provided holiday cheer on their way into the garden, none of their stories was as memorable to me as that of the Noble fir from their first Christmas at Rocky Hills, recounted to visitors by Henriette in her Tyrolean hat as she stood in the shadow of this specimen, proudly pointing her cane towards it crown, 75 feet above her head.

The holiday editor at Martha had a distinct preference for perfectly formed conical trees, like the evergreens we draw as children. He felt they had the best branching for hanging ornaments. He would often even prune out some of the symmetrically placed branches on his favorite holiday tree, the blue spruce, to create spaces for hanging larger ornaments. This sense of nature’s perfection mimicked his take on life and nature, and I could not help but think of the Christmas tree from one of my favorite holiday stories: A Charlie Brown Christmas. I loved the idea of a tree that was not what one expected, both for the holidays and in the garden. I imagined the starry blue needles of a blue Atlas cedar, first with silver glass icicles ornamenting its asymmetrically placed branches during the holidays, and then dazzling me in the years to come as it prospered at the edge of the ravine in my old Connecticut garden, and slowly evolved into the windswept form with a flat top that the species is known to acquire with maturity, a form as elegant and unique in its style as Henriette.

Wondering what other trees I could include in that first Martha Stewart story, I came up to the Berkshires to meet with Dennis Mareb at Windy Hill Nursery. This was more than a decade before I left my old garden in Connecticut behind, and moved here. Dennis has a passion for plants, especially conifers, and he took me through the nursery and his own garden, pointing out endless options, with an energy not unlike that of another man whose visit we expect on December 24th. His eyes lit up when he talked about the virtues of concolor firs and Swiss stone and lacebark pines. As I considered Japanese white pines and weeping conifers that were new to me, I realized that Dennis, like Henriette, knew that these trees could be holiday purchases that could keep on giving. I like to think of it as one of the Christmas traditions worth keeping.

The Berkshire Botanical Garden will be selling wreaths, swags, and holiday plants as well as a variety of artisanal wares at their sale this coming weekend, December 3rd and 4th. www.berkshirebotanical.org