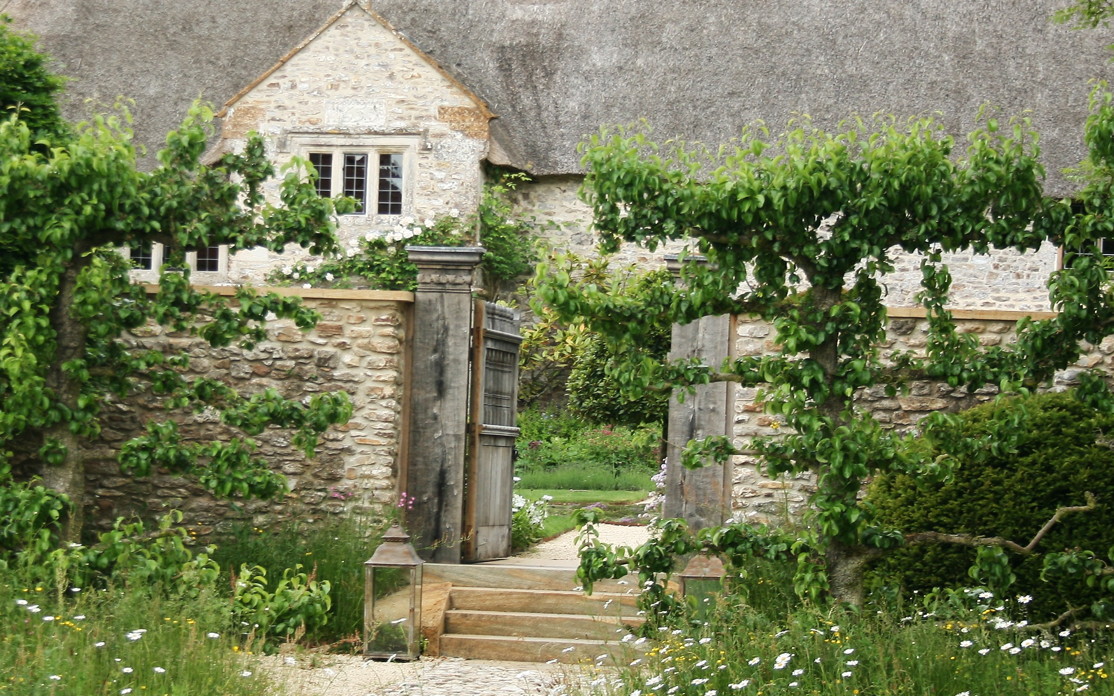 Sometimes we learn truths about ourselves at unexpected moments. And attending garden lectures, such as the one given last summer at Hollister House Garden by British landscape designer Arne Maynard, or thinking about attending Thomas Woltz’s lecture next Saturday, February 11, makes me realize how difficult I can be. I expect to be inspired, to see something new (and beautiful), and to walk away with lessons for my own garden (and maybe even a thought or two that influences other parts of my life as well.) The danger of such high expectations is the possibility of being let down. The Woltz lecture, presented by the Berkshire Botanical Garden, will take place at Monument Mountain High School. For more information, click HERE.

I had high hopes for Arne Maynard, and he did not disappoint. He walked attendees through his design process and revealed an approach for taking on any garden design, whether an estate in Italy or my converted barn in the Berkshires. But the greatest takeaway from his talk was something that I already knew from other gardens and from some of my favorite old films: the importance of making an entrance. However, unlike what happens in the films of Vivien Leigh and Bette Davis, Maynard’s entrances are not always about high drama. It is not that they lack drama, as that can be an essential element in good garden design (just like a great staircase), but they serve a larger purpose in moving the plot forward and setting a tone for what lies ahead. For Maynard, good entrances provide visitors a clear path forward that helps the story of the garden unfold, perhaps, along the way, revealing the nature of the character who created them.

As Maynard shared the ideas for reworking an old Georgian “farmhouse” so that the trajectory from the carpark to the house was a series of views and gates, each bringing one closer to a full view of the house, I thought about how other gardens signified a path in: a gate, an opening in a hedge, two stone pillars flanking the path, or, in the case of my friend Henriette’s garden in Westchester, a graceful weeping Atlas cedar that arced over the path to her terrace like a spray of water that almost made you feel that you were walking into another dimension. It was welcoming, elegant and playful, just like Henriette. Maynard’s ideas also reminded me of the teahouse gates of Japan that often had a threshold of two stones mirroring one another, allowing a visitor to step beyond the world of commerce and everyday life onto a carefully set path into the world where the ritualistic tea ceremony would be performed as it had been for centuries. The paths in tea gardens were purposefully laid with uneven stones to slow you down and help you take in the journey. My friends Edmond and Pat used this idea in their entrance garden. Edmond is an actor; he loves a long entrance and knows that the rambling path forward builds up a visitor’s sense of anticipation for the evening ahead. It is his way of guaranteeing a good review, and it seems to work.

In films, we often think of the performer’s entrance, but we rarely pay attention to the landings and balustrades that make such entrances memorable. From the Spanish Revival staircase Barbara Stanwyck sashays down in Double Indemnity to an unsuspecting Fred MacMurray waiting below, to the grand gates and allee of trees that Ryan O’Neal and Ali MacGraw careen down in his roadster as they go to visit his patrician father, such details set the stage and create our expectations of what lies ahead. The same should be true of our gardens.

If first impressions and entrances matter, I wonder why we spend our energy on endless borders behind our houses, but leave unchanged the foundation plantings that were already there when we bought the house. Is it justification enough to say that this isn’t really where we spend our time? I have spent the past season taking down an old hedge in front of my house and thinking about how and where my property should be entered. Doesn’t the fact that we come and go through such entrances many times a day make the case for giving them some attention? What qualities would welcome me home, or invite a visitor in, is the question I ask each time I pull in or out of my drive.

In thinking about all of this, I have ruminated a lot about first impressions, and who I fundamentally am. Do I want an entrance that is formal and off-putting, like that of Oliver Barrett III (some may see me that way), or something mysterious and primordial like the Southern Gothic garden of Katharine Hepburn as Violet Venable in Suddenly, Last Summer (I hope I am not that Grand Guignol)? Currently, the front of my house looks more like the opening scenes of Gray Gardens, and that definitely is not how I would like to be perceived! So I am highly motivated to get things in order.

Listening to Arne talk, I begin to realize what I like best in terms of an entrance. One of the finest examples is at Hollister House, the home of my friend George Schoellkopf. I remember the first time I was invited to visit and came up to his 18th century farmhouse. With its faded façade and simple plantings, I wondered why, oh why, is everyone going on about his garden? And then I passed from the simple country courtyard in front of the house to a view, hidden up to this point, of the parterre and the gardens below. This is perfect, I thought…an entrance that is welcoming in its lack of pretension and its ease, that slowly reveals more, just like George. Did Arne’s talk (and George) just teach me how to manage expectations? 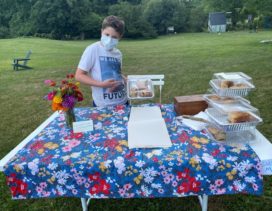 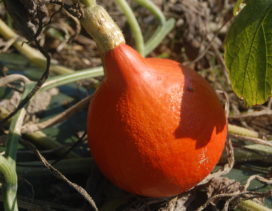