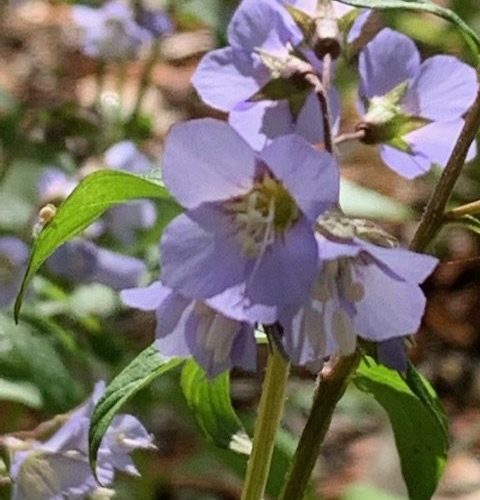 The current deluge of articles about viruses and immunity drive me into the garden, where I weed obsessively, remove stumps of old cedars from my front yard, and pull invasive vines out of trees and old lilacs along the side of the property where they succeeded in ensconcing themselves during the few years I was away from the Berkshires. I hope these tasks will divert my mind from the news of the day, but I find instead that they provide me with insight into what online reports and local news tell us every day – that humans and the world around us need to embrace adaptation as a means of survival and as the only path forward.

Tom Friedman’s recent article in The New York Times, “Is Trump Challenging Mother Nature to a Duel?”, helped me frame the present moment in terms that gardeners have always understood. Life moves forward by responding to the conditions set before us, not by denying them, and this process, accepted by some as evolution, is the secret to the strength and resilience of the natural world and humankind. And throughout the history of gardening, the stories of disease and adaptation show an endless pattern of human ignorance and arrogance trying to fight against nature. Nature wins time and time again, and will continue to win until we learn, like the plants in our garden, to adapt and evolve, with a proper respect for the world around us.

The mustard garlic is a study in adaptation, as it leaps from seedling to a 28-inch tall flowering plant ready to set seed in my garden. Weeds evolve constantly to protect their territory and garlic mustard has gone so far as to produce a growth inhibitor that prevents other seeds from germinating near it, literally stamping out the competition before it has a chance to come into being. This ability is known as allelopathy and it allows plants that have it to monopolize territory in a manner that seems anathema to those who believe in fair trade. If we were to consider this from a political perspective, the right would consider it to be forced contraception for other plants and the left would say that it takes away the right for other plants to make a choice, perhaps a rare moment in both sides agreeing on a trait that is not good — and yet a part of the natural world around us nevertheless.

But, while this aspect of garlic mustard always fascinates me, I am even more intrigued, as I am pulling it out of my garden, to see how these plants at the stage of maturity vary in height. There are the usual number of plants at the standard height which, most conveniently, I am able to pull without bending excessively. Mustard garlic unroots easily and is, except for its scent, almost pleasant to pull. However, I notice that there are also a number of lower growing plants that seem to be seeding, perhaps with the hope that I will not want to bend deep enough to pull them and that my unwillingness to weed on my knees will allow them to set seed and put more mustard garlic into production. The taller plants remind me of the people who refuse to wear masks, confident that their previous approach to survival is sufficient, and unworried that they may ultimately face decimation; the shorter ones remind me of the people who wear masks, hoping that an adaptation in the height at which they flower and set seed will allow them to survive and prosper.

I find my politics exposed as I sympathize with the ones making the effort to survive, as I easily pull out all of their taller counterparts, in a brief moment where I play Mother Nature in the garden. I am torn. If I view the mustard garlic as the virus, I want to eradicate it all. However, if I see it as us, I hope their adaptation will prove successful. A friend, who clearly sees it as the former, took to harvesting it all from his garden and cooking the greens, claiming after his first taste that the result was garlicky and mild with a texture like spinach. The next day, though, he suffered from indigestion and had to acknowledge the plant’s mechanism for keeping it safe from our stoves and dinner tables. I will trust him on his reporting and simply compost my pulled plants in my weed pile, that is until my need for food is challenged in some other way, for I too am adaptable to new situations.

The removal of grapevine, oriental bittersweet, and wisteria from the western edge of my garden shows me the tenacity of plants as well, and how they have evolved over the generations, with each vine wending its way around the lilacs and cherries that they have overtaken. These twining vines will go so far as to take down the very plants that support them, pulling them down by their sheer weight and blocking the sun from nourishing their hosts. These plants remind me that aggressiveness may find success in the short term, but will lose in the long run. This reminds me of the stories I have read about viruses not surviving without a host, and has me wondering what would happen if we just allowed vines to take down all the woods and shrubs that host them. Would their next evolutionary strategy be to simply scramble along the ground, overtaking everything in sight? Would something else, in turn, step in to bring them down – a disease, another plant, a species that comes to feed on them? Co-evolution takes time, and perhaps as we adapt and adjust to the changing world around us, we need to embrace qualities long understood by the best of gardeners: patience and the desire to endure. Going forward one step at a time, will we choose correctly among isolation or wearing a mask or perhaps yet another adaptation that will allow us to endure?

In the meantime, I am taken in by the wonder of the gnarled roots that I unearth as I remove the stumps of the old cedars out front. Perhaps the answer to our survival and endurance is as gnarled and complex as these amazing underground structures, for they too were formed by the wisdom of Mother Nature herself.

One thought on “The Self-Taught Gardener: Learning to adapt” 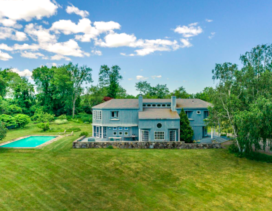 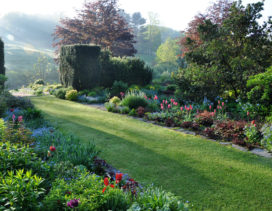 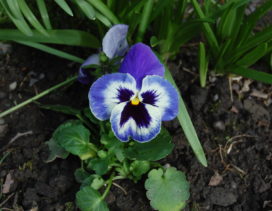 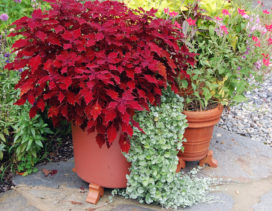