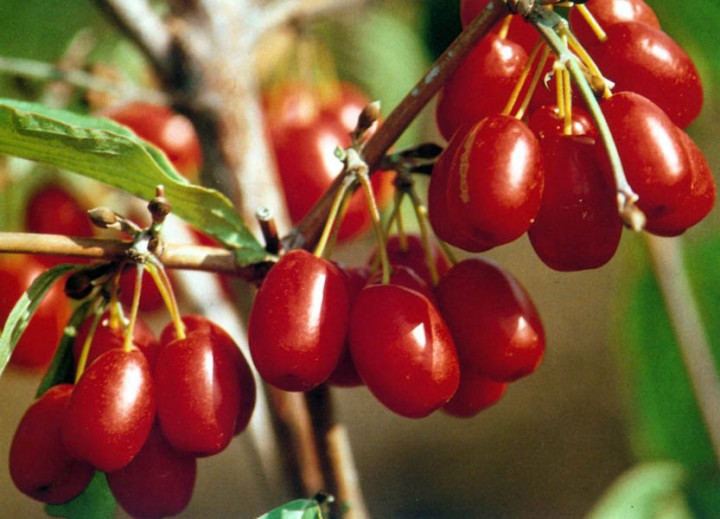 While it looks like apples will be plentiful this year in the Berkshires, the supply of Georgia peaches seems to have been hurt by unseasonable weather earlier this spring. Growing fruit is an unpredictable business with bumper crops (where does this term come from?) often followed by less productive seasons. (Weather is not the only factor. Many fruiting trees bear heavily one season and then more lightly the next.)

But, while I will certainly take advantage of the apple supply and cherish the peaches, I was inspired this weekend by the author Lee Reich to think about other fruits to grow. Reich’s books on uncommon fruits for the garden are favorites of mine (as is his writing on weedless gardening, but I will save that for another day). In both his writings and his talks, Reich, who grazes on fruits growing in his Hudson Valley garden in a manner that has me thinking he might be part bird, shares information about plants that seem suited to the home gardener who is intimidated by managing fruit crops.The plants that Reich recommends are not always uncommon, but in addition to bearing fruit that can help to feed the local bird population, many are ornamental as well. For gardeners with moist, acidic soil, Reich considers lowbush blueberries and lingonberries, with their ericaceous flowers and handsome foliage, to be ideal options. Their low-lying forms can even function as ground cover of sorts.

What interests me particularly about Reich’s research is his recommendations for less commonly grown shrubs and vines. From pawpaws and persimmons to serviceberries and hardy kiwi vines, there really are fruiting plants for most situations. I cannot wait to add some clove currants to a front- of-house planting (and they can even take a little shade), and some gooseberry varieties to the border of a vegetable garden (When I am weeding, maybe I can snack in the garden like Reich does, and not have to head in for lunch when I get hungry.) I may even find a place on my property for a grove of suckering pawpaws, a native with fruit that has a custardy consistency and the taste of a tropical fruit when ripe, almost the culinary inverse of a crisp, tart apple.

I also am excited to find a spot for some hardy kiwi vines. There are two kiwi species that are hardy enough to grow in our region, and their small delectable fruits are worth the effort to grow them. A bit of time and pruning is often required to bring these vines forward to their fruiting stage and additionally a male plant is required to get female kiwi plants to bear fruit. But a few females and a single male plant can be grown on a pergola showcasing their attractive foliage and fruit can be harvested from the female plants from below.

Perhaps these vines can be grown near some Amelanchier or serviceberry trees, which produce fruits that can be made into delectable jam. Serviceberries, of which there are several native species, are also known as Juneberries and, as Reich points out, might be better marketed under the latter name. Some of these uncommon fruits suffer from their unappealing common names, and might need a branding campaign to find their way into the American garden.

Another plant, though non-native and potentially invasive in some areas of the country, is Cornus mas. Confusingly, this is actually a dogwood species but it is commonly known as a Cornelian cherry. How’s that for branding? I have grown a yellow fruiting variety of this plant, which has a slightly more mellow taste than the red flowering forms, and over the years have enjoyed the tangy jam made from both fruits. I am thinking that it might be better to replace this species with Prunus maritima, our native beach plum, which should prosper in my sandy soil, but I also may go back to Lee’s book and continue dreaming about an orchard of uncommon fruits. In the meantime, I’ll savor a peach.

One thought on “The Self-Taught Gardener: Fruitful thoughts”