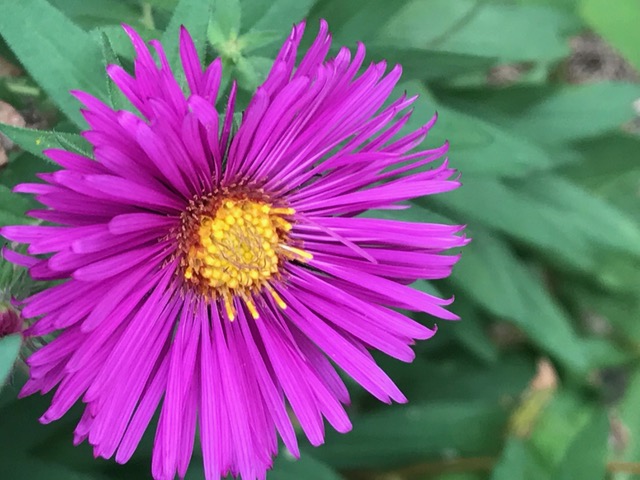 Two days after the mid-term election, I cannot help but think about how change comes about. We so often expect or want change to come in a revolutionary wave, but such shifts run the gamut from the beak of a finch that changes form in one generation to evolutionary adaptations in response to environmental shifts that happen incrementally over decades or even eons. Darwin first observed the change in the length and shape of a finch’s beak on the Galapagos Islands; he noted that this adaptation could occur from one generation to the next, immediately improving the species’ access to food in response to changing environmental conditions that impacted their source of food. But how many other changes go unnoticed, due to the slow pace at which they occur?

We see both types of shifts in our democracy, too. The election of a gay Native American seemingly changes the make-up and diversity of the House with just one victory, while the slow shift in demographics, as our population grows younger, more urban and more diverse, impacts voting patterns and politics incrementally over time. A win in Texas for Beto O’Rourke had the prospect of being a revolutionary change, but turned out to be more of a harbinger of what may come in the years ahead – like a genetic marker that has been identified in a species but has yet to realize its potential to move the species forward. Of course, signs of this change to come showed up in the turning of a few congressional districts in Texas from red to blue, so perhaps there is something to observe in the moment as well, just on a smaller scale.

Both approaches are evident in our gardens and in the landscape around us. Weather patterns change the populations of our gardens and our surroundings as plants respond to seasonal conditions and changing levels of precipitation and heat. Take seeming stalwarts such as woodland phlox and our native cranesbill, for example. They might come forth more strongly along our roadsides one season when conditions align with their needs, only to be supplanted or outcompeted the next year by asters. Given the right growing conditions, the roots of the aster, which have evolved over time to encroach vigorously on other flora, can displace other plants in the ecosystem and create long-lasting change in the landscape. Other unexpected factors can shift the balance as well: fire is one, as are disruptions from construction, development and roadwork, which often open up great opportunities for invasive plants or more aggressive natives to grab a larger piece of real estate within the landscape.

But what small shifts are happening that we don’t take notice of? What incremental changes are taking place over time that will allow plant species and the ecosystem to adapt to present-day conditions and to the future? Is Helenium extending its bloom time through natural selection, and will that ensure that its flowers get pollinated and have both the time and the right weather conditions to set seed? Are other species adapting, either to deal with increased rain or to stave off powdery mildew in increasingly hot, humid summers? Just like the late-night, 24-hour news cycle pundits who opine and muse on every seeming pattern and nuance in our political narrative with varying degrees of accuracy, using the limited information before them, how are we to observe these smaller changes in the landscape and make sense of them? While the talking heads seem to have endless screen time to point out not only the obvious patterns but also far-fetched theories, and to confidently claim to understand what it all means, I am keeping my fingers crossed that evolutionary biologists are taking a more measured approach. (Talk about survivors! These tv pundits have overcome everything from charges of plagiarism to false reporting to wildly incorrect predictions, only to find themselves front and center on election night, sharing their opinions and theories once again.)

I do not claim to know how life will move forward, in Washington or in my own garden. It is unclear which plants (or politicians) will be the long-term victors and which are just having a good season, the equivalent of a good hair day. But I do understand that within a species, be it Homo sapiens or Echinacea paradoxa, diversity and adaptation are critical to survival and a healthy balanced future. I hope that the population of our Congress understands the same need for adaptation and evolution, and for a diverse population to work together to strengthen the position of our species and ensure our survival and fitness. If politicians looked to the natural world and to Darwin for inspiration, we might all find ourselves inhabiting a better universe.

Lee Buttala will be speaking at the Rooted in Place Ecological Symposium this weekend at the Berkshire Botanical Garden. For more information, visit berkshirebotanical.org.

One thought on “The Self-Taught Gardener: Evolution and adaptation”