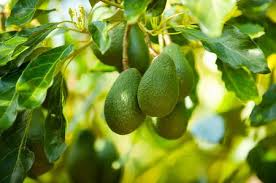 I love when a book crosses my path just as I am ruminating on a related subject. My ruminations in the past few months have been about genetic breadth and how plants evolve over time. At the ecological conference I attended last week at Berkshire Botanical Garden, one of the speakers broadened my ruminations further with a presentation on the topic of how plants and animals — not just pollinators – interact.

The speaker, Dr. Robert Gegear, a professor from Worcester Polytechnic Institute, pointed out that our focus on pollinators as the only animals that interact with plants is completely unbalanced. Furthermore, he said, our interest in pollinators is limited to their role in agriculture and food production; we barely acknowledge their place in the wider ecosystem that we all inhabit. In addition, most of the funding for pollinator research has gone to the study of only one species, the honeybee, which is not even native to the U.S. Gegear talked about codependence between plants and animals as being both essential and mutually beneficial, with each receiving a benefit from the other (be it food, such as nectar or pollen, or assistance with reproduction) that is critical to both their survivals. He also made an eloquent argument for the use of only native plants to protect the delicate balance between flora and fauna that we hope to steward into the future. His talk was convincing and got me thinking about the interrelationship that exists between all species.

It was an amazing coincidence that the book I had brought with me for the journey, “Around the World in 80 Trees” by my friend Jonathan Drori, so beautifully complimented the subject of Professor Gegear’s presentation. Drori tells the stories of eighty woody plants that illustrate the kind of interdependent relationships that iconic tree species share throughout the world, not only with local fauna, but also with humankind. In an age of 12-step programs where terms like codependency have a negative connotation, perhaps we need to look more positively at these interdependencies. Drori regales us with tales of trees that have been critical to the path of our own human development, from sugar maples that provide us with maple syrup, to quinine trees in South America that provided us with a cure for malaria, to the trunks of balsa trees and lodgepole pines that allowed people to cross the seas (the latter provided the ships’ strong masts, while the former provided lightweight logs that ensured the buoyancy of boats such as Kon Tiki.) To my mind, many of his stories reflect a time when humans saw themselves as more integrated into the ecosystem — something we easily lose sight of as we go about our daily lives in the modern world.

Many of the facts he recounts demonstrate the complex relationships between animals and plants in the same ecosystem. The durian produces butter-scented flowers that are fertilized by bats and subsequently bears 13-pound fruits that nourish wild boars and monkeys, allowing the durian seeds to be transported in the process away from the shade of their mother tree. Avocados bear flowers that require cross-pollination and have an even stranger interdependency, both within their species and with the surrounding world. Their female flowers open synchronously with male flowers on other avocado trees, to allow for cross-pollination. Then their male flowers open as the other trees open their female flowers. Quite a mating dance, with partners changing roles, but the evolution of their choice of seed-carriers is even more interesting. Their ripened fruits used to be moved about by giant sloths, which became extinct, so they found new seed carriers among avocado-loving humans. Without us humans, the seeds of the avocado trees would not get transported to places where they can germinate and flourish. When it comes to avocados, we are an active player in the ecosystem (and guacamole is our reward for playing a role in this process.)

Drori celebrates the interdependence between species, and describes a model for how the world can work together, just as plants, microbes, and fauna have worked together over the millennia. He traces the fascinating ways in which plants have developed defenses, as simple as resins and oils, to promote their own healing and to ward off insects and predators. These stories offer us hope for creating natural solutions, such as neem oil, to protect the plants we value from insect infestation. Resins from trees have been used for everything from chewing gum and rubber to antibacterials and frankincense, while the bark of the cork oak, which protects the tree from bacteria and fungi, is used not only for wine stoppers but as an important insulator for the fuel tanks of the NASA space shuttles. And many of these trees, such as the kauri, that bore the resin used for varnish, held entire ecosystems in their treetops, with everything from ferns and orchids to small trees growing in their crowns, providing a habitat for a variety of birds and insects.

Over the years, humans have left behind so many of these natural materials in favor of synthetic and petroleum-based products. Even in earlier times, we brought many of these natural resources to the brink of extinction through our poor stewardship. However, using them can increase our appreciation of their value, economically at the very least. And, with more insight and reflection, we may actually come to realize the importance of maintaining these natural resources. With some work, we can develop a deeper understanding of our connection to the natural world we inhabit, our dependence on it, and its dependence on us to be good stewards. This is a codependency I am more than willing to embrace.

One thought on “The Self-Taught Gardener: Embracing codependency”