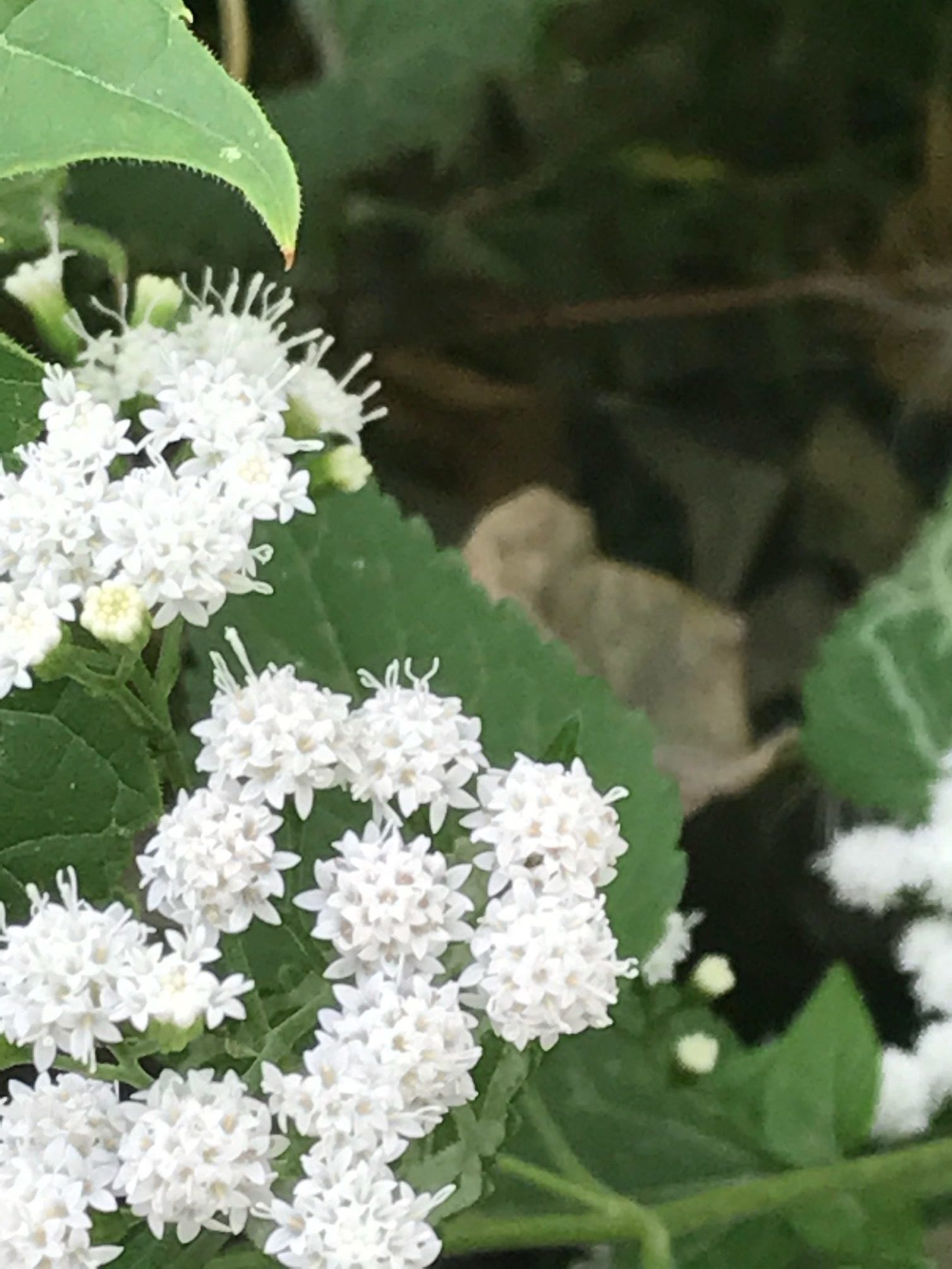 Tall boneset seems to prosper in a wide range of soils and conditions and has its own way of holding back the competition.

A few weeks ago, on a trip to my alma mater in Madison, Wisconsin, I visited the Willy Street Fair. I expected to see the countercultural event that the fair was in my university days. I imagined the air would be filled with the scent of patchouli and the sickly sweet odor of marijuana, and that the crowd would include the colorful cast of characters who had always defined the politically correct East Side of Madison. But neighborhoods and events evolve and mature and, while the event was colorful and fun, wheat grass juice had been replaced by kombucha (which claims to use the symbiotic relationship between yeast and bacteria to create a drink that is healthful, although some question its potential adverse effects) and, while a falafel or two could be spotted, the food now seemed more centered around the local farm to table movement, although, judging from their culinary offerings, a few of those tables might still have come from Indonesia or Nepal.

But what fascinated me most was the ubiquity of one plant, which many would consider a weed, a plant that I knew as tall boneset or Eupatorium rugosum. The species has been reclassified by botanists with the sunnier name of Ageratina altissima, which makes it sound more like a family member visiting from Italy than the American native that it actually is. But if Ageratina were a cousin from Italy, given its ability to poison cows and its allelopathic qualities that help it to outcompete the plants surrounding it, it would have been a relative of the Borgias. I was first seduced by this plant (and still am to some extent) for its ability to perform well in a variety of situations, and grew a purple-foliaged form, ‘Chocolate,’ in my old Connecticut garden. On this sunny fall day, the flowers of the standard form of this species were serving as a starry white contrast to its aster cousins that were blooming concurrently in the area, although nary a weed was growing directly underneath the boneset. In front of one house, it sat forward in the border, holding its flowers high but, in what appeared to be some sort of Escher-like rendering, its flowers were mimicked by the fragrant blooms of sweet autumn clematis whose flowers appeared to be a reflection of the snakeroot in the lower quadrant of the composition. Needless to say, I was seduced by its charms, but as I came to know more about the plant, I become concerned about its Borgia-like qualities. For in addition to making cows sick, trematol, the toxin within this plant, also carries forward in a dairy cow’s milk and can poison humans as well. Rumor has it that this chemical killed Lincoln’s mother in 1818. And what kind of monster would kill Lincoln’s mother?

The plant is known for bearing a trait known as allelopathy, which is shared by other plants, such as black walnuts and garlic mustard. This trait allows one plant to prevent the growth of another by exuding growth-inhibiting chemicals that may prevent the germination of the seeds of other plants — certainly not something I want around when I am sowing lettuce seeds in my garden, although I could think of a few weedy areas on my property where this trait might be welcomed.

This trait evolved to eradicate competition to some extent, and in the case of two non-natives, garlic mustard and nutsedge, has allowed these plants to become significant invasives in the United States. But this quality may have some positive aspects. Some rice varieties are allelopathic as well, which makes them more effective as grain crops, because this trait minimizes weed management. In fact, some of these chemicals are being studied by scientists for extraction and possible use in managing weeds in agricultural settings. And, because they do not inhibit the growth of all species and may actually share symbiotic relationships with plants in their own native habitats, ecologists are looking at these plants in larger ecosystems and examining the role they may be performing in forest management. Perhaps these plants were the inspiration for kombucha, although I hope they taste better.

This concept of a plant being a good neighbor by poisoning others intrigues me. For all of the study that we have done, there is still so much more to know about how the balance of a plant community is maintained. Boneset perplexes me further. It is a native, which in today’s horticultural universe gives it a higher status amongst the fashionable set. But should we be introducing the Borgias to the neighborhood, even if they are natives? Perhaps we should, but thinking of the classic definition of a weed as any plant in the wrong place, we might want to carefully think about where we should seat them at the table.

And speaking of tables, all of this talk of Willy Street has me craving a falafel and some twig tea, with the hopes of having a symbiotic relationship of my own.