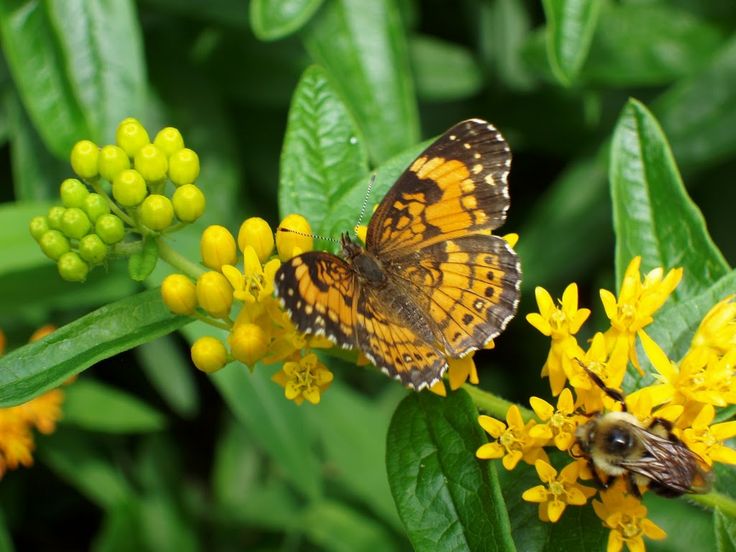 Americans have always had a complicated relationship with plants and nature, and our desire to manipulate them both goes well beyond the regulations and policies of the Environmental Protection Agency and the Department of Agriculture. Over the centuries, we have selected and bred plants to meet our needs, from cultivated varieties of wheat and corn, to mildew-resistant phloxes, and to echinaceas with double flowers that seem to come in every color under the sun that were derived from native species.

We made selections of some of these plants as a matter of survival, such as wheat and rice varieties that bear more grains for eating and disease-resistant cultivars of pumpkins and cucumbers. Others we selected with something else in mind — we thought they were prettier. And while I may be the only person who fails to understand why we need a blue rose or a double-flowered lily with extra petals that alter the simple elegance of its vase-shaped flowers, I have been known to succumb to yellow-foliaged forms of anise hyssop and white-flowered redbuds (as if the term white redbud is not, at the very least, semiotically problematic.) But I have also always loved the straight species of many plants, represented best by the orange-flowered butterfly weed that I love having in my garden. In my opinion, this plant needs no improvement.

The reason for my fondness for the straight species of many cultivated plants eludes me. Perhaps it is instinct, or memory, that leads me to prefer the simple purple flowers of our native coneflower over green-flowered and double-flowered varieties. Now, Dr. Annie White, who studies native wildflower cultivars, has given me a slew of arguments to support my preference for the forms of these plants that filled the meadows of my childhood.

White, who got her PhD at the University of Vermont, has spent years working with native plants of our region. She examines their relationship to local wildlife and pollinators and this relationship is of growing interest to gardeners and ecologists alike, as we reconsider our gardens as local habitat, a concept at the center of the native plant movement. White has been exploring how selected varieties of these species, such as ‘Mellow Yellow’ butterfly weed, attract native pollinators, and what advantages and disadvantages these varieties may offer over those of the straight species. And while she is still gathering research and the results are complex, there are a few ideas we can be cull from her work as we buy plants for our gardens.

Cultivars of native plants, often referred to as nativars, can vary from their species in many ways – in height, flower forms and colors, bloom times, foliage forms, disease-resistance, or tolerance of drought. Some nativar selections, such as the yellow-flowered form of butterfly weed that is now sold as ‘Mellow Yellow,’ are sports that have occurred naturally; others, such as highly manipulated hybrids of echinceas, result from carefully managed breeding programs and may even have sterile flowers.

Given these varied methods of coming into being, it is not surprising that different nativars have different response rates from pollinators. So, how can one determine what to choose at a plant sale if the goal is to provide for pollinators? White’s research offers some guidance. Naturally occurring forms that most resemble the original species are probably the strongest choice. For this reason, both the yellow-foliaged form of ‘Golden Jubilee’ and the green-leaved forms of anise hyssop attract pollinators. ‘Claire Grace’ bee balm, which has flowers similar to the straight species, varies from its species primarily in its mildew resistance, and it still brings in the pollinators. On the other hand, double flowered forms of coneflowers, such as ‘Pink Double Delight,’ do not match the straight species as pollinator magnets. And selecting local genotypes and open-pollinated plants offers other advantages as well: maintaining the genetic diversity of a species, and providing seeds for the next generation of plants, especially with short-lived perennials such as cardinal flower.

White is currently researching the nutritional value of the flowers of nativars by measuring their nectar and sugar levels compared to the species itself. The results so far seem to support the rules above (while also showing a marked decrease in nutritional value amongst some of the nativars), but the answer to what forms are preferable is still not simple. And, of course, one’s own aesthetics play a role. It is your garden, after all!

After taking this all in, I realize that, at least for me, there is a simple answer. I will start thinking like a pollinator and I will select only those plants that remind me of the flower-filled preserves of my youth. And I will keep this in mind as I survey the array of natives for sale at the Spring Wildflower Festival at Bartholomew’s Cobble (and perhaps pop into the Cobble to see these species in their native setting).

3 thoughts on “The Self-Taught Gardener: Are all natives equal?”