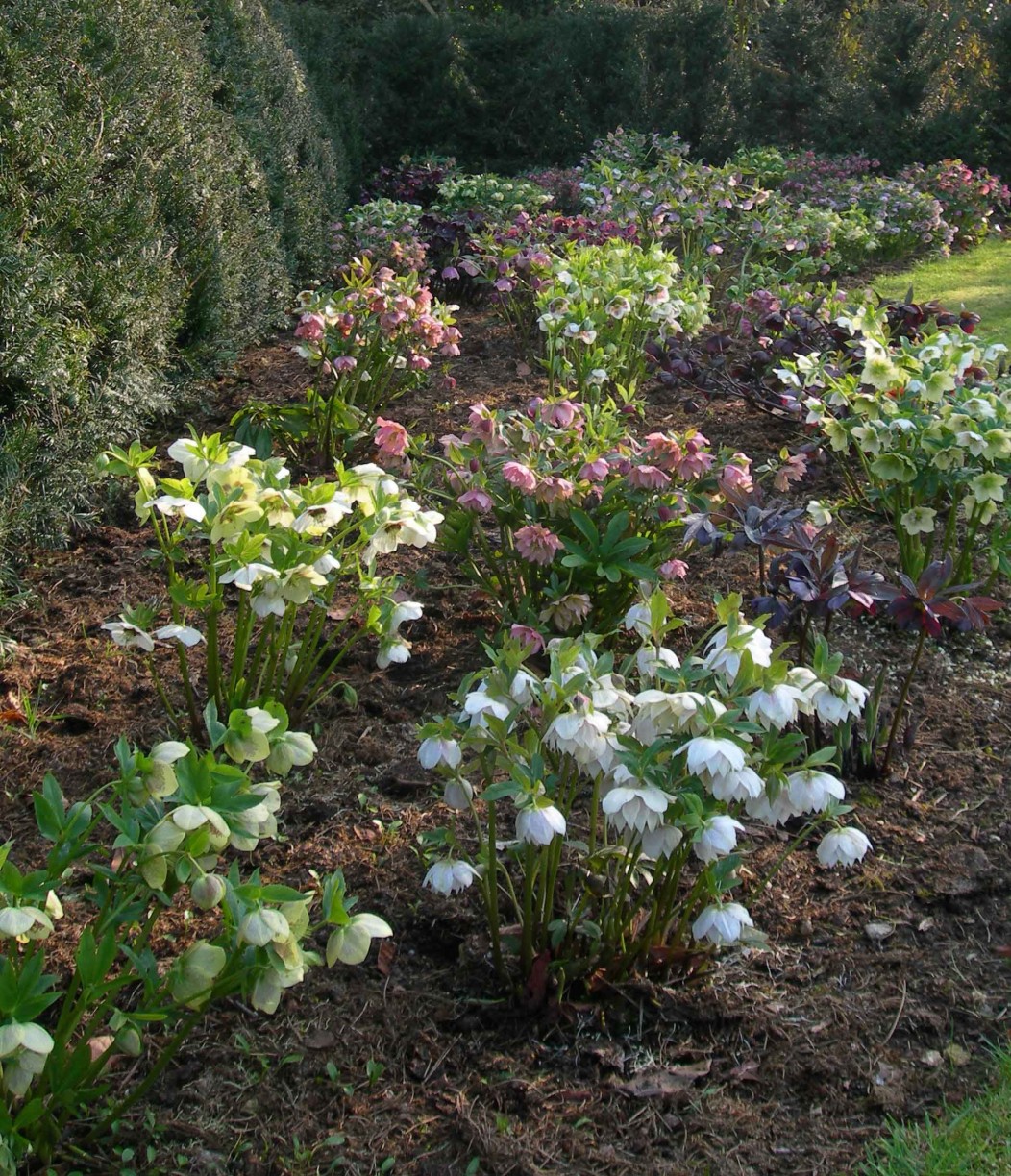 Was there enough material for six minutes of content? There was enough for a lifetime.

Most gardeners are generous people who share their knowledge as freely as they share cuttings of their favorite plants. On a trip to Virginia to accept an award for a book on seed saving that I wrote with a friend for Seed Saver’s Exchange, an organization dedicated to preserving heirloom varieties of vegetables, I could not help but think of another trip to Virginia many years ago when I met Judy and Dick Tyler, who raised hellebores and woodland plants at Pine Knot Farms, their nursery in Clarksville, Virginia.

I was sent to their farm by Martha Stewart to shoot my first solo field piece for the television show, and I was a bit apprehensive about all the logistics I would need to manage, as I was alone with only a small camera crew. I loved gardening at the time, but had very little training (in horticulture or television) other than my own experiences in the garden and more than my share of time in front of a screen watching television and movies. And to add to the anxiety, I was given very little direction for the segment I was shooting other than that it had to highlight hellebores as they were on the cover of the magazine that month and we wanted a tie-in for the television show. Although I loved these flowering inhabitants of the woodlands, I wondered if they had a story to tell, let alone one that could take up six minutes of airtime?

If I had any concern about content and narrative, it was alleviated immediately by the Tylers — a warm, loving couple who shared their passion for plants with an openness and enthusiasm that was contagious. On camera, Dick walked me through the beds of seedlings they had grown. He talked to me about how they selected plants they thought had interesting flowers and foliage to propagate or to interbreed, and how this resulted in a family of flowers in which each selection retained a personality of its own.

We took dozens of close-up shots of these individual flowers, as well as pans of the beds that contained generations of seedlings. Some flowers were double and had more petals than the standard for their species, while others had picotee margins and freckles in the center of their flowers. All of them were the product of an experiment in crossing various selections with one another. By crossing the flowers of plants chosen for traits such as flower color or petal shape, the Tylers hoped to produce seeds that might inherit the desired traits of each parent.

After telling us on camera about conjuring up her dream garden from her kitchen window, Jude went on to put flower against flower and play “kissy-face” — letting the pollen on the stamen of one of the flowers come in contact with the anthers of the other. Once this fertilization took place, she said patiently, seeds would develop and would then be sown in flats and transplanted the next season into the evaluation beds Dick had walked me through. These young plants would be grown on for a few years until they flowered. In this manner, the Tylers created and selected the numerous strains of hellebores for which Pine Knot Farms is known.

(The first part of the piece I produced on my trip to Pine Knot Farms can be seen by clicking here.)

This was my introduction to breeding and seed development and it led to my working on a book on seed saving of heirloom vegetables a decade later. But I was working on the opposite premise. Seed Savers’ Exchange and the talented team of growers and scientists I was working with were hoping to retain all of the qualities of a specific variety. We were preserving something old, and the Tylers were breeding something new, but we all carried forth in our desire to get what drew us to that plant in the first place. A common cause of a sort.

Years passed and I saw Jude and Dick at horticultural events, at their open nursery day in early spring when their garden and farm was alive with activity, and even once in North Carolina en route to Charlotte. I came upon a car with a Virginia license plate imprinted with HelleBor – I knew it must be them. I drove by, waving frantically and trying to get their attention, only to slow down and let them pass, and try again, but they were lost in conversation with Jude’s trademark squint preventing her from seeing me at a distance. I followed them down the highway and when they got off to get gas I followed them and pulled into the station. We exchanged greetings and I began telling them about the many seedlings I had of their hellebores, including one that had small delicate purple flowers that nodded in a shy, graceful way that I knew Jude would love. I promised to save seeds of it, and indeed I even have moved it to my garden in Ashley Falls so that I could finally isolate its seed and send it to Jude to grow on.

This spring, a late cold spell seemed to inhibit seed production and I thought it would be another year before I would have seed to share of this lovely specimen. I was looking forward to recounting my exploits to Jude this spring at Trade Secrets, a local event for which they often headed north and where they sold their woodland treasures, a few of which I hoped to purchase for my new garden. When I went to find them, I discovered that they were not at the event. Jude had just passed away just a short time before the weekend of the event.

I will continue to grow my small purple hellebore and many others, to be greeted by their sweetly freckled faces and in them I will see Jude’s squinting smile and endless cheer.