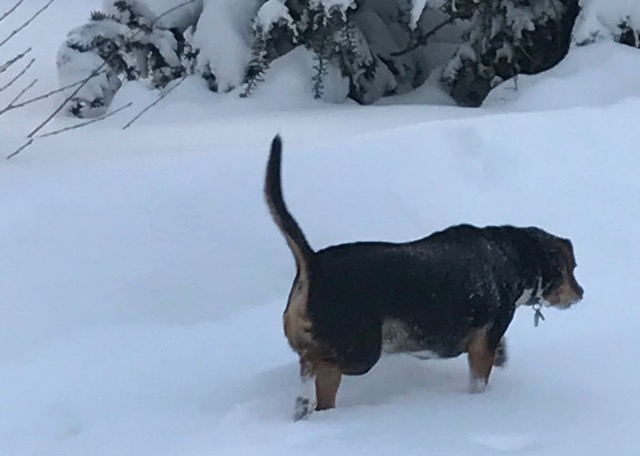 There is a moment in February when people throw up their arms and say they cannot bear another day of the winter. It is too cold, too wet, too icy. Even though an occasional blue sky does serve as a foil to the subdued scenery of this quiet time of year, like a colorful winter scarf wrapped around a brown field jacket, they still cannot wait for spring to transform the seasonal palette away from gray, brown and white,

Many of these people head south or west, with bags filled with colorful clothing that reminds them of the tropics. (Perhaps some long-term memory issues make them need a physical reminder of what the other seasons look like.) They head to California to see brash bougainvillea-covered walls or to the deserts of the Southwest to see succulents putting forward colorful flowers that border on the vulgar with their attention-seeking tones. They need to see color, these snowbirds say, as if gray, brown and tan somehow did not get the memo that they have lost their status as colors. These much-needed visions of bold colors remind me of my friend Russ’s comment on Versace’s over-the-top color palette and designs. He found Versace’s work to be democratizing because it made it impossible to differentiate princesses and socialites from prostitutes and kept women. I was never sure if he thought this was a good thing, but he did go to Florida every winter, so you decide.

As someone who primarily eschews bold color, I loved this line for what it said about some people’s desperate need for “color”, and how some designers and gardeners cannot resist giving them what they want to ignominious effect, even in a season when, in my opinion, it just should not be there. Personally, I love the winter clothing of Brunello Cucinelli, who subdues all of his colors with the addition of gray dye to tone down the palette and make everything blend together. His somber navy cashmeres and loden woolens speak to me, and perhaps are a clue to why the subdued tones of the winter landscape resonate with me, a fact that I am reminded of whenever I step out at this time of year, and even on colder days when I can merely see these grayscale tones through a window.

Most of my time outdoors in the winter involves walking my dog, who is either diving into snow banks or smelling the branches of an old yew, with a look on his face like that of a person engrossed in a great novel. As a beagle, Fred seems to smell the narrative of a site, seeing through his nose its history and that of the people (and dogs) who have passed through before us. I do not always have the patience to stand still in the cold (particularly if temperatures are subzero), but I have started to see stories in the landscape too, and one comes to mind as I watch Fred sniff a dark green yew and inhale its tale.

The story I recollect is that of my garden in Ashley Falls where there are a number of old yews. Some had been tightly clipped into geometric shapes, like those of English gardens like Sissinghurst or Hidcote; others were left to be sprawling and free, with great long branches that bend gracefully under a heavy snow load. Each of these forms tells the story of a different garden style. (Russ, the garden’s creator, who planted the yews at this house in the 1980s, seemed to embrace both methodologies; he spent his winters in Fort Lauderdale, chasing color, but he also liked a February trip to enjoy the grey skies of Paris.)

The tightly clipped yews in the garden remind me that we can be mannered in our gardens and our lives. These yews are like the highly architected buildings in a landscape or high fashion, clearly touched by or created by humankind in all of our self-consciousness. Like a Versace outfit, they are fashionable but ostentatious, reminding us even in winter of what lies beneath: gardens filled with the cerise peonies, pink double-flowered roses, acid yellow flowered barrenwort, and orange-cupped daffodils. They are Versace, they represent fashion in all of its glory and its vulgarity.

The other yews that Russ had dotted about the landscape, particularly in the less formal areas of the garden, had a loose, open form with black-green needles and long outstretched branches, and they tell another story. They remind us that nature is strong and beautiful in its own right and requires little to enhance its beauty, which evolves throughout the year with each season having its moment. They call to mind not just the buried winter landscape but also naturalized gardens of native grasses and self-sown silvery verbascums, and gray-green foliaged columbines and cranesbills with gray-purple flowers. They represent the self-confident style of Armani and Cucinelli and of winter itself; they all use color with restraint and subtlety that reminds us of the power and grace of the natural kingdom.

As I pull my gray-blue coat up close against me, call Fred from the yew which he is reading with his nose, and wrap my sky blue scarf around my neck, I realize that, as I carefully walk along the ice-covered path, today I am one kind of gardener, but would not be surprised if, like Russ, one day I may also see the virtues of Versace and bold, hot colors as well. Not to mention a beach chair.