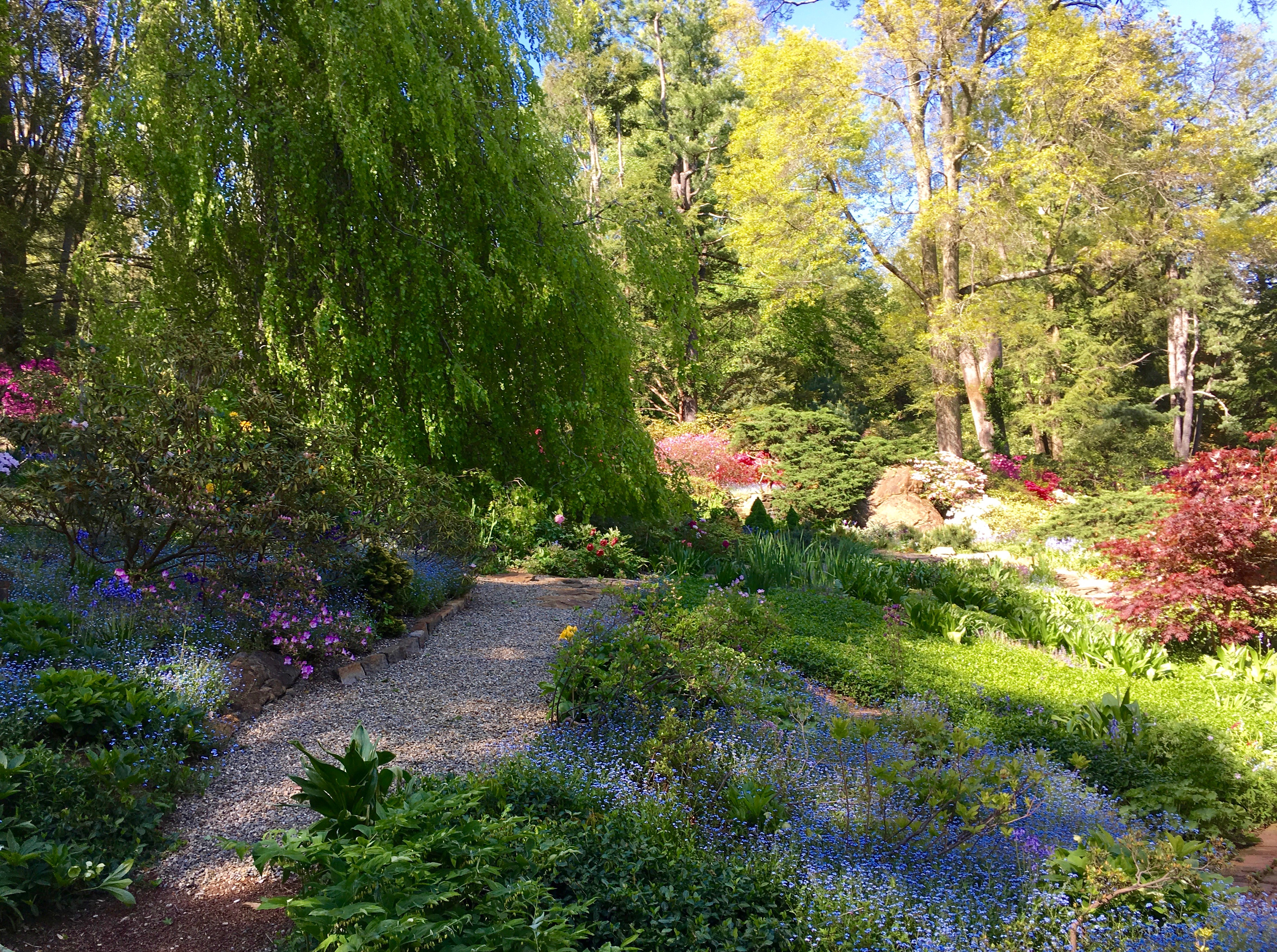 Stockbridge — On a recent trip back from the city, I needed to see a garden that means a lot to me one more time. It was not my old garden in Connecticut that I left behind last year, but the garden of my dear friend Henriette Granville Suhr, who passed away last year at 98 and whose daily calls were as much a part of my life as my dog’s gentle nuzzling of my hand at 6 a.m. when he wants to go outside.

Both Henriette and Fred had a steadiness, insistence, and regularity to them that I suppose could have seen as bothersome, but truly only filled me with delight. Her garden, Rocky Hills, evolved greatly in the last decade of her life and was documented by her daily calls to me about what was working and not working in the garden, along with a recap of that day’s editorial page in the New York Times. As gardeners, we often love to lament our concerns, losses and shortcomings (and those of the world) more than our successes, possibly a superstitious deference to the forces of nature, but perhaps also a method of self-improvement. These missing calls had left a void in my life and in my ongoing education as a gardener. Additionally, I had been thinking about weeping trees of late, and no one I have ever known understood how to use such plants as elegantly and eloquently as Henriette.

As I entered the gate, into a landscape alive with the forget-me-nots that carpeted the gravel paths each May with their watery blue flowers, I tried to hold back my tears, as I knew that my next step would not take me to the door to seek out Henriette, but into the garden to see what was left behind. As I looked about at the weeping trees (after all I was on a mission to understand the artfulness of her use of these trees and shrubs), I was taken again and again by all that these plants could be.

Technically, weeping trees are simply variations within a species whose central leader, or dominant growing branch, is weak and bends downward under the force of gravity and makes way for another leader to develop, like fireworks falling from the rocket that sends them forward, each cascading down and leaving a trail that brings it back to the earth. This concept of apical dominance was basic botany (the central stem of a plant is stronger than side stems and dominates them), and these plants proved the stubbornness of a plant to continue to work to produce a central leader as insistently as Henriette would work to improve her garden and Fred would demand an early morning run.

But these forms offer something more than weak central leaders that force the production of a new dominant stem, they contribute an emotional force to the landscape, one of grace, and sometimes of lament, as they function as sculpture, an illusion to water, and occasionally as a source of shelter, like the old beeches of Newport that create rooms under their massive weeping branches.

I fought constantly with my ex about wanting to plant weeping trees – he found them sad. A statement that always reminded me of the lyric from Patsy Cline’s Walking After Midnight:

I stop to see a weepin’ willow

Cryin’ on his pillow

Maybe he’s cryin’ for me

And as the skies turn gloomy

Night winds whisper to me

I’m lonesome as I can be.

There was no doubt that this was not an unfair interpretation of the willow’s narrow leaves on stems arching back to the ground, but who could not also argue for its grace and sense of motion that also called to mind waterfalls and women in hoopskirts (who probably really had something to cry about as they went about their quotidian tasks encumbered by a bustle?) I eventually managed to get him to concede on a weeping beech that sat out in our meadow garden, but only after walking him about Rocky Hills and having Henriette dismiss his simple take on their inherent sadness with a comment on their inimitable grace, a statement that she was more than able to make given that she had on a brilliant orange Fortuny dress that made her sense of taste unquestionable to my sartorially obsessed partner. This elegant woman saw them as sculpture and jewelry, like the long, heavy gold and crystal earrings she wore that seemed as if they would pull this slight woman to the ground under their weight. (They did not.)

The pendulous branches of a camperdown elm marked the entrance to her terrace garden, which overlooked the property, and once beyond that one stepped through a curtain of blue atlas cedar onto the end of the terrace to a space filled with a blanket woven of dwarf conifers and fieldstones that was the work of a master weaver. Beyond that was a garden room of dwarf blue spruces that cascaded down a sloped lawn and demonstrated that the term dwarf may be a misnomer as these forms were anything but diminutive after fifty years of growth, no matter how slow that growth has been.

These weeping trees are not downtrodden or sad; rather, their branches bring us back to the earth and remind us of our place in it. While on this particular day, there was sadness in my soul about the loss of a friend whom I will always love, they also drew me back to the world around me in which I could seek my solace and wonder once again about the glories of nature, and even the cycle of life. And as I think of Henriette, I realize some tears are meant to be shed.

Note: The Berkshire Botanical Garden is making a visit to Rocky Hills and Untermyer Garden on May 26th. For information, visit berkshirebotanical.org