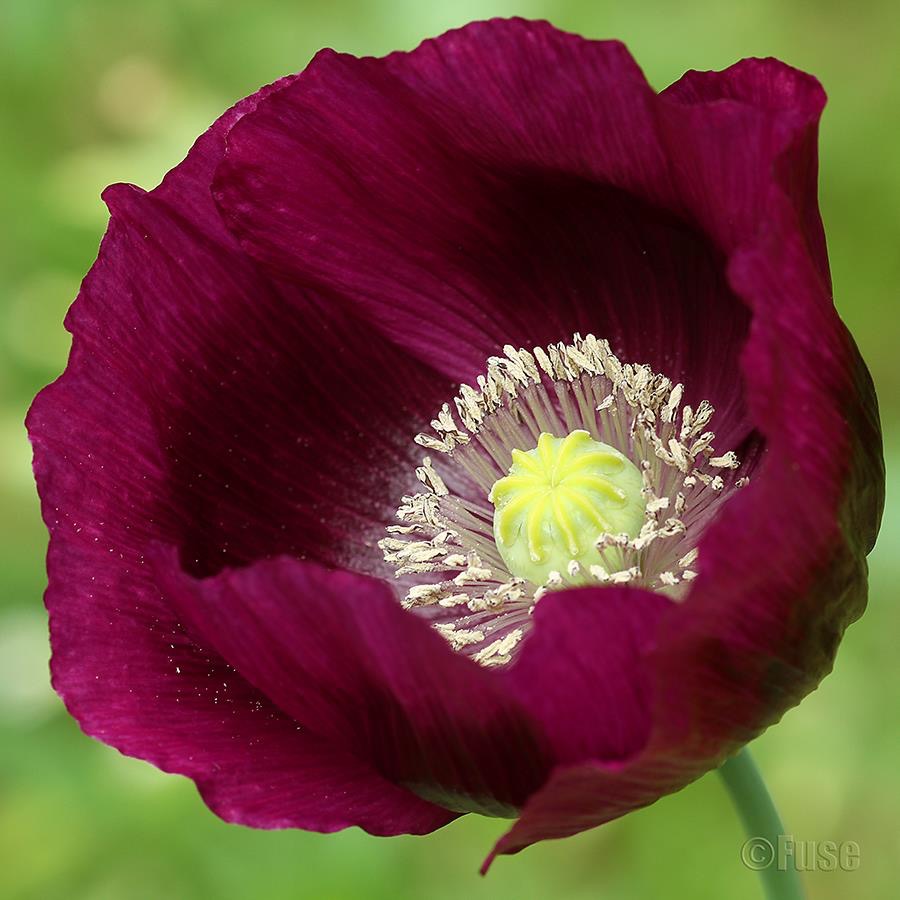 This past week, the breadseed poppies, whose seed I sprinkled about late this winter by the back entrance to my house, put forth their intoxicating flowers, which will soon be followed by their architectural seedheads (and more seeds). At the same time, a book arrived on my doorstep (via the mail, not from some traveling bird, unlike the self-sown seedlings that find their way all the time) and also put me under its thrall. Cultivating Chaos, written by Christian Kress, Jurgen Becker and Jonas Reif, explores plants like poppies that are commonly referred to as self-sowers. These plants range from annuals, such as opium poppies and cosmos, through biennials, such as angelica and foxgloves, to shorter and longer-lived perennials, such as columbines and hellebores. These plants, in my opinion, are often seen cavorting about some of the best gardens.

Self-sowers have evolved with a survival mechanism that is familiar to us all – they reproduce sexually, populating the world by setting seeds, which germinate into seedlings, which eventually become mature plants. Unlike plants that primarily spread through rhizomes or offsets that are clones of their parents, these species produce a multitude of seeds after their flowers are pollinated and fertilized. The seeds mature, are dispersed (often by birds and insects, but occasionally simply by falling to the earth), and ideally land in conditions where they flourish and develop to flower, set seed, and create the next generation.

From a self-sown native meadow rue that I first saw commanding center stage in a border at George Schoellkopf’s Hollister House Garden in Washington, Conn., to the brilliant orange flowers of California poppies and butterfly weed and the purple columbines that made their way into a border at my own house that was centered around one of my favorite color combinations – purple and orange, I have always thought that volunteer plants pop up in a way that energizes any garden. They seem to inhabit it and give it life, populating borders in a way that is distinct from carefully placed shrubs and stalwart, slow-developing perennials. But figuring out how such an effect comes about, or managing it, is often a struggle for beginning gardeners and seasoned gardeners alike. This is not mysterious to those of us whose first efforts at gardening involved canned wildflower mixes which promise to create all of the diversity of a meadow with minimal effort. As any gardener who has attempted this approach knows, self-sown landscapes are not quite as simple as they may appear (nor are they as easy as the directions on the can).

These ruderal plants often make their way into the world at sites where the soil has been disturbed, because how else would they find a spot where competition does not smother their young seedlings? But, as any sucker who has bought a meadow-in-a-can will attest, even though disturbed or newly tilled soil allows these plants to germinate and develop, such sites also provide their own share of competition from weed seedlings that often overtake these “self-regenerating” wildflower mixes as they all engage in a battle to be the first to flower and set seed. This effect is so apparent that Darwin would have published The Origin of Species two decades earlier if someone had marketed meadows-in-a-can in the 19th century. (And my own personal hero Alfred Russell Wallace would have beat Darwin by an additional decade in recognizing the survival of the fittest, or at least the fastest).

How is one to manage these plants so as to avoid endless weeding or the resulting monoculture that would ensue (let alone a monoculture of a dreaded weed)? One such approach, made apparent in this book, is not to sow these seeds on the open earth but into gravel-covered areas such as a terrace. Planting pockets can be created by having shallower areas of gravel with soil beneath, alongside areas with thicker layers of gravel that serve as paths and open areas. As someone who has been working on the idea of a gravel terrace for the south side of my house, I am now dreaming of marketing a “terrace-in-a-can,” replete with lady’s mantle, Jacob’s ladder, columbines, and of course, poppies. But first things first, and it is time to haul “gravel-in-a-truck,” which does not promise to be as simple.