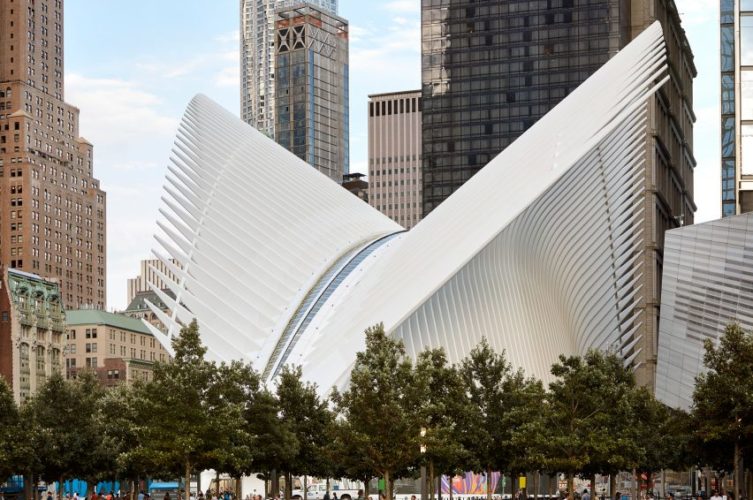 I was in New York with family last weekend, and we spent our time visiting public spaces — one site (the new Hudson Yards) that I had been anxious to see as it nears completion, and another (the 9/11 Museum) that I had been curious about but hesitant to see. My hesitation about the latter came from the fact that I had never been fully ready to face that piece of land; my emotions connected to it still felt raw almost two decades later. On 9/11, my partner of the time was heading out of the World Trade Center as the first plane hit the first tower, while I was in Connecticut at the television studio of the Martha Stewart show. Thankfully Gary survived, but our lives were changed forever by that moment in American history. His story is not mine to tell, and the impact of 9/11 was not something that we alone experienced. That national tragedy, from which we are still finding our way forward, was a defining moment in the lives of a generation of Americans and New Yorkers.

As a New Yorker then, I remember feeling that others could never understand what we had been through – how much we felt singled out as the target of this act of terror. And the site where it took place was much too painful to approach. When houseguests would ask about it, I almost viewed this as the equivalent of people gawking at an accident on the side of the road and would send them off on their own to view it. In time I have come to see their interest as something more, as an attempt to understand the incomprehensible. They needed a touchstone or a connection to something that they, too, had deeply felt, and seeing the site of the attack was just that. But, for many years, I was not ready for it myself. The new Freedom Tower, seen from a location above Houston Street, was all the reminder of that time that I could bear.

When my sister and her partner suggested we visit the 9/11 Museum last weekend on a cool rainy day, I concluded it was time for me to look back at this transforming moment in my life and to examine who I had become since. As we approached from the north, the new train station, designed by Santiago Calatrava, and the shimmering Freedom Tower cast a spell over me. The station was a soaring monument to hope, like a white dove alighting on a plaza typically populated by gray pigeons. The Freedom Tower reflected the trees that outlined the perimeters of the original two towers and the reflecting pools that had been set in their place. The pools called to mind those who had been lost, including a co-worker of mine who had been in the building for a meeting on that fateful day, while the station gave me hope that out of tragedy we might found something else, a connection to one another, a common purpose and shared interest, like the behaviors that were evident in the days and years following 9/11 when we all worked together for a common cause.

A guided tour of the museum brought that emotion forward, along with a sobering reflection on where we are today, which was further evidenced by the inclusion in some historical footage of an almost unrecognizable Rudy Guiliani from the days following the shocking events. What has been created here is design, curation and landscape architecture at its very best. The plaza, now open from the reflecting pools and the station and continuing up to Trinity Church, felt like a stunning tribute to the power of the human spirit to find solace and community in moments of great tragedy. It seemed to heal, just like the soft mist coming down on this gray day. Needless to say, I was grateful for the rain that disguised the other drops of water streaming down my face and I could not help but think of how we are all brought together by this tragedy. Although Gary and I separated several years ago, I felt a resurgence of my love for him. I realized that the fateful events commemorated at this site would connect us together forever, just as they would connect in common purpose all of the people in the plaza. The wounds inflicted at this Ground Zero had been transformed into this stunning memorial, and I felt healed by the passage of time and by the site itself.

The next day brought another excursion — a trip to Hudson Yards, one of the largest developments that New York has seen in years, now nearing completion. The weather on this day reminded me, uncannily, of 9/11, with the same clear sky as on that fateful day, and I approached this site hoping to feel the same spirit of coming together I had felt the day before. Hudson Yards had been promoted as a wonderful collaboration of developers, world-renowned architects and landscape architect to create a new public space — a 21st century Rockefeller Center. Like the Trade Center, It too had a connection to my past; I first heard about this development 30 years ago when I was working at the Parks Council, and one of the potential developers under consideration then was Donald Trump. Several winters ago, I heard landscape architect Thomas Woltz lecture about the master plan for this site and about the viewing platform that was to be at its center. For some reason, I had been skeptical about its design, although he connected the plans for this viewing tower to an earlier example of human collaboration and communication: when the railroad tunnel under the Hudson River was being built more than a century ago, viewing tunnels on this site and across the river were erected to ensure that the men digging from either side would meet in the middle. It seemed like a nice piece of symbolism and I withheld my judgment. Besides, I couldn’t help but be fascinated by what else Woltz discussed that afternoon, as he described the complex engineering required to cantilever a plaza over the existing rail yard.

My concerns about the tower or viewing platform came back the moment we entered the site. Where the water features at the center of the World Trade Center plaza felt like they unified the site, this tower felt as if it was overwhelming it. While the reflecting pools at the World Trade Center called for a pause and a moment of inward contemplation, this tower caused one to look out from the site to the world beyond. In its ostentation, the platform seemed to represent not our common purpose, but the ego of an artist, as did each of the surrounding buildings as well. All this talent brought together for this grand project created, not a unified vision of a team working for a common purpose, but rather the reflection of oversized egos and senses of self. Each building seemed to be trying to grab your attention, not working together to create a seamless site and a sense of unity. The contrast with my experience the day before was striking. I was left longing for a designer like Wallace Harrison who created Rockefeller Center and who understood how to use a grand development opportunity to create a unified vision for a public space. And I was struck, finally, by how Hudson Yards was so unlike the site I had seen the day before, where egos had been left behind and a vision was put forth that was hopeful in its take on the future of humanity and how we can all come together.