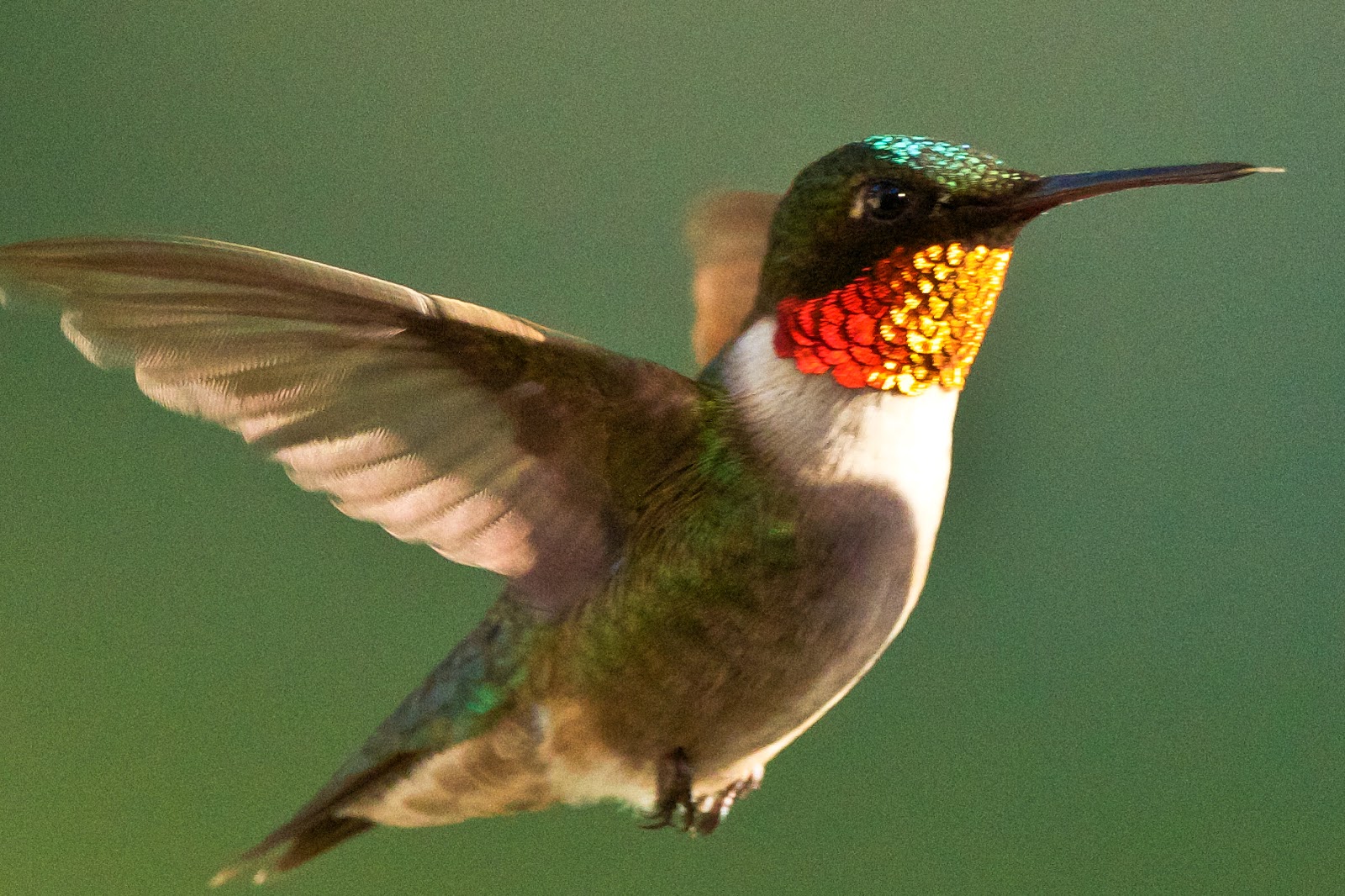 Mt. Washington — Catbirds come to my garden for insects, gooseberries and currants; robins for all kinds of worms and a place to nest; phoebes for flying insects and a summer home and hummingbirds for the nectar of Pulmonaria, Corydalis and Camassia in springtime. That roughly states the parameters of my experience of avian visitors to the garden until two weeks ago when a hummingbird drew me into rapport with himself, challenging the boundaries of my awareness and thrilling me to my core.

On one of the hot, dry afternoons in late May I turned on the hose, drained the scorching water out of the length of it into watering cans for later use, and set out to wet the deep brown beds where germinating seeds were buried. First, I approached two parallel rows of emerging spinach, parsnips, beets and Swiss chard, one on either side of a wire trellis running unevenly down the middle of a 15-feet long bed. Pea shoots at the base of the trellis were mostly an inch tall, not yet reaching it, though there was a new seeding where chipmunks may have dug up and devoured the plump peas.

Standing in the aisle adjacent to the 4-feet wide bed, I aimed the cold-water spray through the trellis wire to the outer row, swinging the hose slowly, deliberately. Into the midst of my concentration on the task, a ruby-throated hummingbird flew, suspending its colorful little body in the spray I was creating. He followed the stream as I moved it along the bed, and then the little bird alighted a scant 3-feet from me on a rung of the trellis, where he appeared to drink the droplets that hung on the wire. Up close, his shiny green body feathers looked like fish scales, and the white and red around his neck and throat caught the sunlight as he wriggled and stretched. Tiny, wet scarlet feathers turned to flaming orange, like lit glass, in the sun’s intense rays.

I was pulled along by this little person, he had taken charge of our relationship. I was enraptured, fascinated, in a state of suspended belief, fully taken by the new experience. I had expected the bird would be afraid of me, respond to the thrust of the water as an aggressive gesture and fly away but instead he liked everything I was doing and seemed to encourage me to “keep it up!” A hummingbird engaging with me, a playmate. So I kept the spray moving from seedbed to adjacent seedbed, and the little hummer followed without hesitation, doubt or fear, no boundary between himself and me.

Then, the bird dropped to the ground under the spray and rubbed its belly on the wet earth. Seeing this, I aimed the spray right at the little bird, who enjoyed the drenching! Imagine! He then lifted up from the ground, seeming a bit heavy in my enchanted eyes, and flew a few feet to a nearby strand of fence wire at the perimeter of the garden, where he perched to shake his body. It’s odd, I don’t recall how our game ended. I was surprised each of several times to see the little bird land on the ground after it had hovered in the spray, and I was spellbound observing it swish around in what was a puddle for his small body, a hummingbird at a bird bath! A combination water and earth bath.

We all want a sequel to this love story. It wasn’t long before I wondered if he and I would meet again. Would it be the same way? Will I try to lure him with an afternoon shower? As it happened, I was out watering a few yacon plants — from a watering can – two days later and my red-throated, long-billed friend appeared at my side, thoroughly engaged with a spike of beautiful, delicate blue Camassia flowers. He hovered at each of half dozen blossoms on the stem, thrust his long, black bill into each, backed up in the amazing mid-air way of hummingbirds, maneuvered forward to the next and then took flight. It seemed to me that I met the glint in his small, dark eye.

8 thoughts on “NATURE’S TURN: Rapture in the garden, water play with a hummingbird”