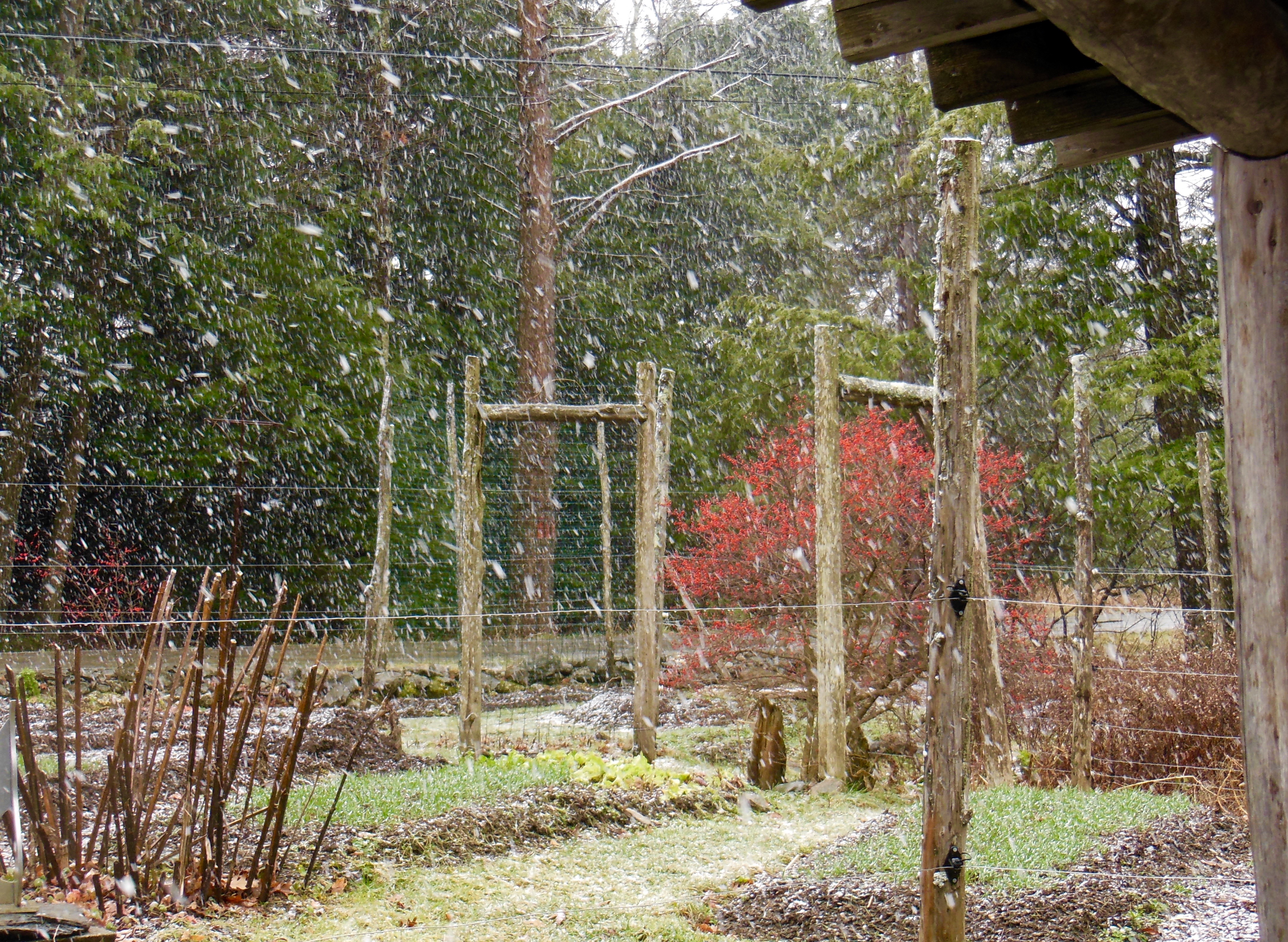 Mt. Washington — All month gardeners have been engaged in a vigorous game of tag: think dodge ball. Chased outdoors by the thought of impending hard frosts, the nimble gardener has been propelled by late autumn’s version of Indian summer. We are still reaching to accomplish preparations for spring before the ground freezes. Spirited, we’ve uprooted or cut the next-to-the-last wave of hardy edibles, flowers, herbs and weeds. We’re regaining the full dimensions of beds by edging encroaching paths back to their intended widths and reestablishing paths where weeds have grown into their edges. After each annual bed or row is harvested, cleaned and reshaped, we shovel, haul and spread loads of compost on them – the icing on what, when completed, looks like good-enough-to-eat (by soil organisms) brownie sheet cakes.

My winter cover crops – wheat and rye grass – are lush in beds where potatoes and squash were harvested between mid-September and mid-October. Garlic, planted about a month ago, followed late-ripening tomatoes and is mulched with leaves. Wary now as nighttime temperatures are predicted to be consistently in the 20s, going forward, I’ll be harvesting the last of the lettuce, arugula, radishes, chard and a large bed of beets, which have been covered with lightweight bed sheets or landscape cloth when temps dipped below 30 degrees Fahrenheit. Even uncovered these have tolerated many light frosts – that is, nights in the 28–32 degree range. Hard or killing frost is defined as below 28 degrees. Hit with hard frost, kale and collards droop and their old leaves become dessicated. Healthy plants rebound in response to mild days. Even so, as time allows, I’ll be cutting brassicas and briefly cooking and freezing them.

Cover crops don’t have time to sprout and become established if sown much after mid-October. I’ll top dress all beds that are cleared now with compost. Rhubarb mounds have already been heaped with compost. The flowers I grow – mostly native varieties – are still standing, their seeds an offering to the birds. Because of this habit, I was late to catch the seeds of Japanese anemone (Anemone tomentosa) before they were preparing to take flight. When I bought the plants from Windy Hill Farm, where Anemone tomentosa “Berkshire Charm” was developed by co-owner Dennis Mareb, I was told by Judy Mareb that they can become weedy. Although I am sorry to have neglected cutting them before their seeds escaped, the exploding cottony shapes are phenomenal to look at.

Many years ago I planted an Indian cup (Silphium perfoliatum), which I understood to be native to southwestern states. Recently this plant has been discovered to be invasive and is widely banned. I’ve always removed the spent flowers, not allowing them to develop seed. In any case, it is a good model for the kind of plant that, once cleaned of its leaves and seeds, invites sculpting. I’m suggesting that you look at the skeletons of plants still standing in your garden with an eye to trimming them into sculptural forms that will be accented by soft snow and shiny ice. Delay dragging them away to the brush pile until spring!