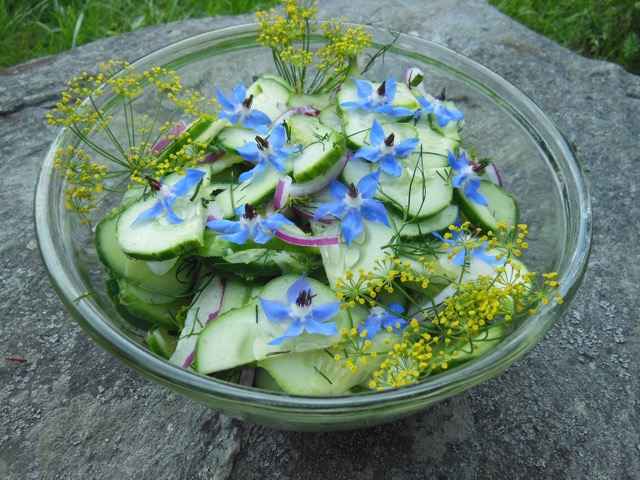 Mt. Washington — When the sun rises above the hills insects begin their daily rounds. Tiger swallowtails, fritillaries and black-spotted white cabbage worm butterflies flit energetically and ever so quietly on delicate wings, pausing to visit, among others, native lavender-hued bergamot and a very fragrant pink-tinged white phlox now in full bloom. Last week, swarms of bumblebees sporting orange pollen sacks on their legs hummed in a raucous chorus all over the yellow ray flowers atop a large Indian cup plant. Now, a smattering of honey bees – the first I’ve seen in years – are at work on the last of the blossoms. Hummingbirds join the insects visitors to feed, especially, on red and blue cardinal flowers. After sunset, we hail, triumphantly, as little brown bats, dark against the pale blue sky, enter the airspace above the garden to scoop up evening’s most abundant insects, delicious mosquitoes.

The late-summer gardener’s day gets underway like a Jackson Pollack action painting. Is it possible to list the tasks in a straight line and follow the list instead of following the circuitous route that evolves when bumping into an overgrown zucchini or a cabbage riddled with wormholes?

On the way to the bed where potatoes were harvested the day before, to prepare it for sowing autumn greens, a large Costata Romanesco zucchini catches my eye, changing my trajectory to the harvest of summer squashes and then nearby cucumbers and from there to all the trellises to search for cucumbers and three varieties of climbing beans. These tender crops have to be cooled immediately, and so I make a beeline to the refrigerator, passing recently planted autumn vegetable beds and noting that it is best to water while the sun is still rather low. Right after dropping off the new harvest, I head to the rain barrels, fill watering cans and spray all seedlings that need nearly daily watering and weeding if they are to grow robust beets, turnips, radishes, arugula and heads of radicchio lettuce before the first killing frost. There are also nursery beds of a few flowering perennials.

I arrive at the harvested potato bed, my original destination, to weed, add compost and a mixed organic soil amendment like Erth-Rite. Once turned over and raked smooth, there is still time today — and in very early September — to plant spinach, leaf lettuces, Asian greens, arugula, dill and cilantro in beds designated for annuals.

Leeks are calling for a side dressing of compost to feed and fatten them and keep their lower regions blanched during the final month of growing ahead. Leeks withstand many frosts so they will stay in the ground to be brought in as needed, along with kale and parsley, perhaps until Thanksgiving.

Beets, ruby red orbs, when sitting on top of the ground, are presenting themselves for the plucking. Do accept! Thin the beds, pulling the largest. Cut the tops off flush with the root and, in the absence of a root cellar, stow beets in large, perforated plastic bags. With a scissor, cut the beet greens from their stems and store the greens and stems together, the stems to be cooked a few minutes longer than the leaves.

Add a top dressing of compost to the remaining small beet roots as well as to broccoli, Brussels sprout and pepper beds. Dig remaining potatoes as the tops brown and dry. Look closely for evidence of voles eating root crops. Enjoy swimming in corn, squash, beans and cucumbers before they slow down. Procure seed for cover cropping.

“The country where corn was born thousands of years ago is now at risk of losing its unique biodiversity. Big companies like Monsanto are fiercely lobbying their way into Mexico to grow genetically modified corn at a commercial level. So far, a broad coalition of Mexican citizens, farmers and scientists has successfully prevented this from happening. However, their financial resources are limited. Your contribution will give them a fair chance.