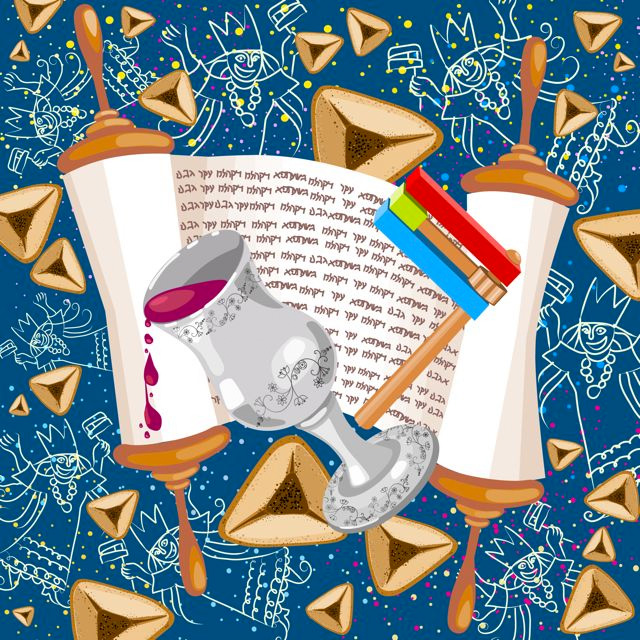 Housatonic —One of my fondest childhood memories of Purim, a Jewish holiday that arrives one month before Passover, is hearing the doorbell ring in the middle of the day in our suburban home. Daytime visitors were rare, and opening the door to a family friend handing me a basket of treats was a unique experience. As the day progressed, the deliveries of baskets continued until our kitchen table was full. Filled with triangular cookies called hamantashen, fruits, nuts, chocolate and candies, they were wrapped in colorful festive cellophane. I quickly learned that giving gifts of sweet treats to friends was an integral part of the celebration of this holiday. As Purim often falls during the work-week, my parents were often not at home to receive these baskets, but I was there, for my Jewish school was closed for the holiday. It did not feel right to receive and not to give. As soon as I received a few baskets, I reshuffled the contents and when a new person arrived at the door to deliver their gifts, I happily handed them my own basket of recycled treats. It was an experience of delight to receive unexpected gifts and then to give back a basket of love to our friends.

Purim is a holiday of joy and redemption. The central story that animates the holiday is the Biblical story of Queen Esther who saved the Jewish people from genocide during the rule of the Persian Empire. Esther conceals her Jewish identity from the King. When she discovers that the King’s advisor has plotted to kill all the Jews in the Empire, Esther reveals her true identity and beseeches the King to save her people. The King responds favorably and the Jewish people are saved from annihilation. The people express their joy by sending gifts to one another and extra support to the poor.

Today, Purim is celebrated through four distinct practices. Gifts are shared between friends, extra charity is given to the poor, the story of Esther is read aloud in the synagogue and joyous costume parties are held. As Esther concealed her identity and only revealed her true self at just the right moment, Purim has become an opportunity to dress in costume as a way of ritualizing the theme of concealment and revelation.

With the increasing light of approaching Spring, we sense that life is about to burst forth anew. We have weathered the winter months and redemption is at hand. The celebration of Purim captures the great joy and hope of this time of year and passes it forward to our community with gifts of love and caring. This year Purim falls on Wednesday evening, March 23,, and Thursday, March 24.