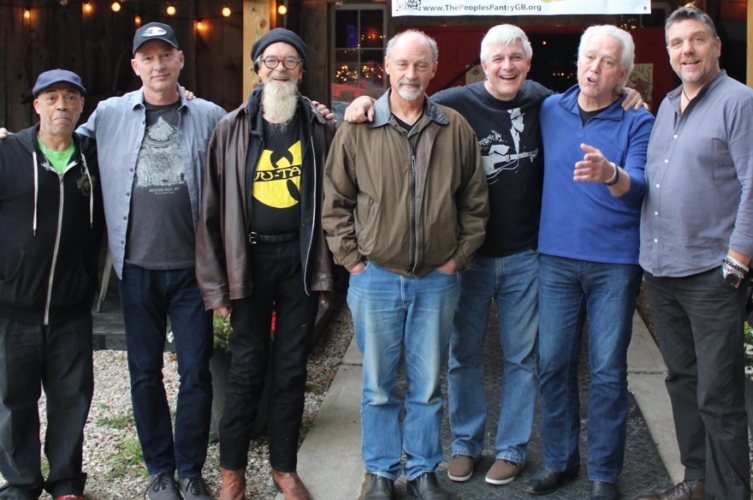 Some of the many musicians who donated their time to the first ever Pullin’ for the Pantry event on Thursday, Sept. 22. Photo by Shaw Israel Izikson.

Egremont and Great Barrington — It was a good time for a good cause as The People’s Pantry held its fundraising event Pullin’ for the Pantry on Thursday, September 22 at The Egremont Barn.

The organization, which operates from Saint James Place, has helped residents in the area deal with food insecurity since 1999. Due to the increase in clients since the beginning of the pandemic, however, the organization’s operational expenses have risen by 500 percent in the last four years.

At the beginning of this year, the organization started a fundraiser which intends to raise $300,000. “At the heart of it all, it’s all about feeding people and making sure they’re taken care of,” Shad said in an interview before the event. Shad, a People’s Pantry board member, was also a performer and co-organizer of the event.

“When they show up to the pantry, we have to be there to deliver to them respectfully and with love,” Shad said. “I love all of the musicians who donated their time tonight. A lot of times we don’t value art, artists, or the work that they do. I am immensely thankful that they all agreed to take part in this.”

According to organization President Beth Moser, approximately $7,500 was raised at the event. “I think it’s fabulous that all of these musicians are all donating their services tonight,” Moser said. “All of these years, we’ve relied on people’s generosity and they have always come through for us.”

The emcee for the event was Chris Hale who manages The Miller Pub. “I think it’s a responsibility of the people in the hospitality industry who make our living on tourism and locals that we make sure we are feeding people in our community,” Hale said in an interview before the event. “Food insecurity work has been a long time passion of mine. To me, a full belly is a human right. We need to extend help to everyone in the community who needs it.”

For more information about The People’s Pantry, go to its website.