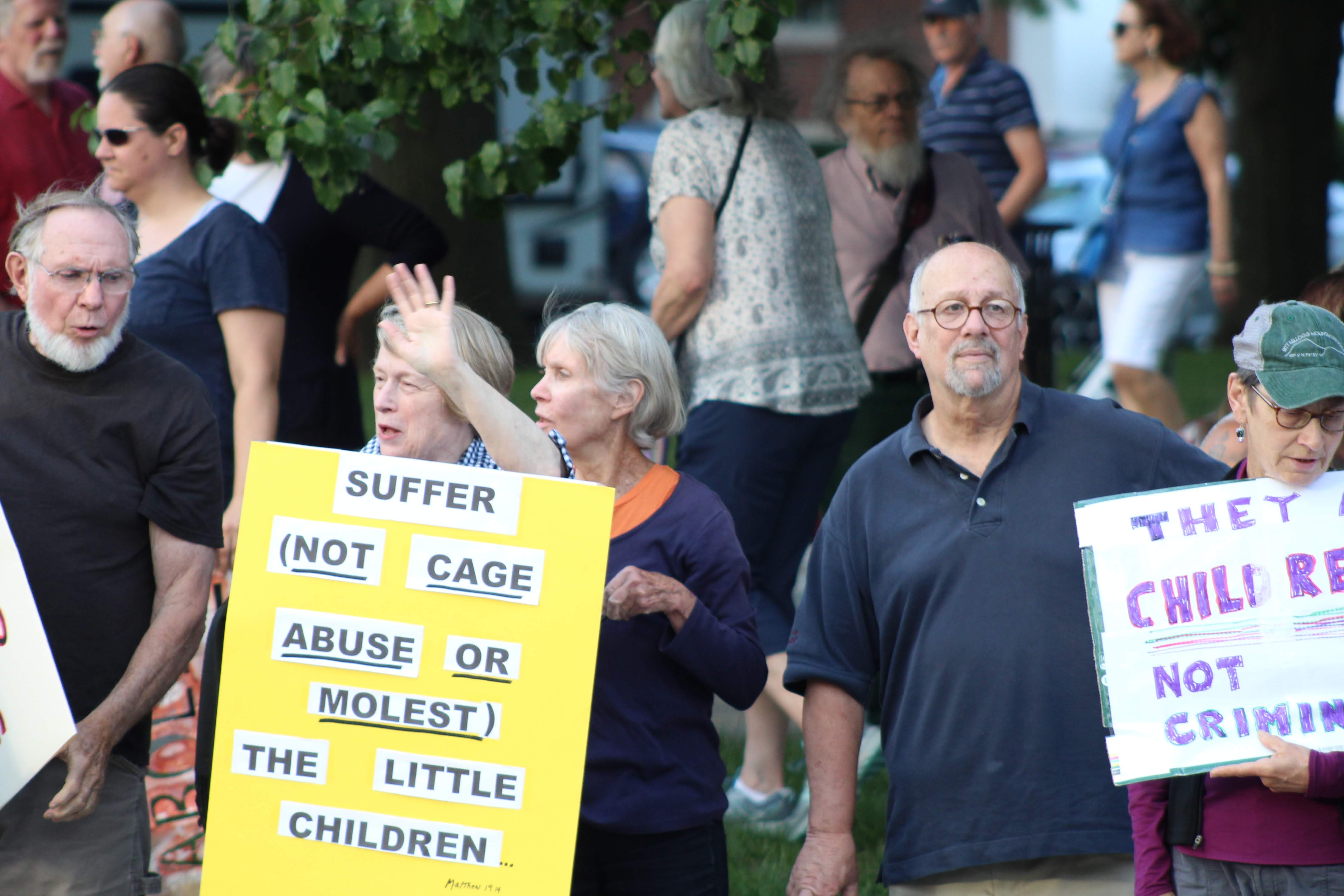 Pittsfield — They came from near and far to protest the treatment of migrant refugees at the border. There were politicians and teachers, young people and oldsters alike. Some were immigrants themselves.

About 200 people turned out at Park Square to take part in a Lights for Liberty vigil Friday night July 12. After the speakers, attendees took part in a “silent vigil for all those held in US detention camps to bring light to the darkness of the Trump administration’s horrific policies,” to quote the vigil’s website.

Part of approximately 700 events across the nation and anchored by a large vigil on Lafayette Square near the White House in Washington, the Pittsfield event featured two elected state officials, immigration advocates, a clergyman, an immigrant family — and of course, rank-and-file residents of Berkshire County and beyond.

Before the speakers even got started, a contingent of about 50 teen campers from the progressive Camp Kinderland in Tolland, Mass., walked across the green, set up shop in front of the Civil War monument and fired up the adults with lively chants: “Close the camps down”; “Immigration, not separation”; “Burn ICE”; “These cages are outrageous.”

See video below of signing and chanting at the Lights for Liberty vigil Friday in Pittsfield:

The chants, the ubiquitous signs and the event itself were focused on the Trump administration’s policies of the detention of refugees at the border, its family separation policy (ostensibly discontinued) designed to serve as a deterrent to future migrant families seeking asylum and the practice of putting children and families in wire mesh compartments or cages — often in unsanitary conditions.

“Friends, we face a time when fascists and white supremicists and Neo-Nazis are on the rise and they’re getting encouragement from the highest places and we cannot be silent,” said Rev. Ralph Howe of the United Methodist Church in Pittsfield. “They feed on fear and hatred and punishment of the most marginalized in our society.”

“The energy in downtown Pittsfield is electric,” added state Rep. Tricia Farley-Bouvier (D-Pittsfield). ‘We need to take this energy and put it to good use.”

Sandra Goldstein of Camp Kinderland, which was founded by immigrants and Jewish activists in the 1920s and is well known for its progressive activism, said her campers, most of whom are between the ages of 14 and 16, “are learning to make change in the world.”

“They have expressed how lucky they are — and how guilty they are knowing there are children in cages at the border,” Goldstein said, speaking, like everyone else, into a bullhorn provided by the Pittsfield Police Department.

Dan Rafterty, co-chair of the Berkshire Chapter of the Democratic Socialists of America observed the crowd and noted that, “We have some comrades here and some new faces.”

“It is our belief that those who sacrifice everything to come here … should be able to live without fear, without terror,” Raftery added.

But an immigrant who identified herself only as Maria stole the show. See video below of speeches given by attendees. Fast forward to 12:30 to see Maria’s talk:

Maria and her husband, both from El Salvador, have lived in Pittsfield for 19 years but had lived briefly in the city as students while her husband was directing a program for immigrants. They returned to their native land after the program was completed but came back to Pittsfield after a few years “because of how we felt the first time we were here, how welcome we were.”

“In all the years I’ve been in Pittsfield, I never felt like anybody is not welcoming here,” said Maria, who had her young daughter by her side and added that she and her family are in the country legally. Still, even if you have papers and are a naturalized citizen, it can be frightening.

Eleanore Velez, admissions counselor and coordinator of the Multicultural Center at Berkshire Community College, also spoke (see video at the bottom of this page). So did state Sen. Adam Hinds (D-Pittsfield). See the video below of his speech:

The event was sponsored by Indivisible Pittsfield, Greylock Together, Four Freedoms Coalition, Berkshire Democratic Brigades and Berkshire Citizens for Peace and Justice.

See below for additional photos from the demonstration: 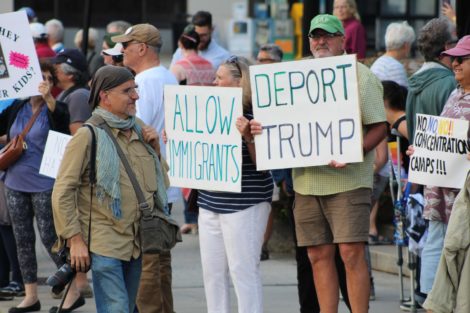 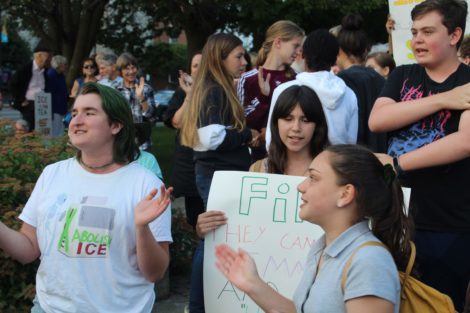 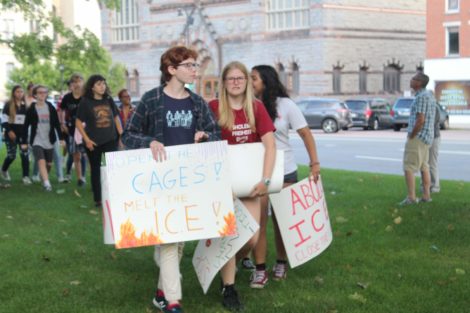 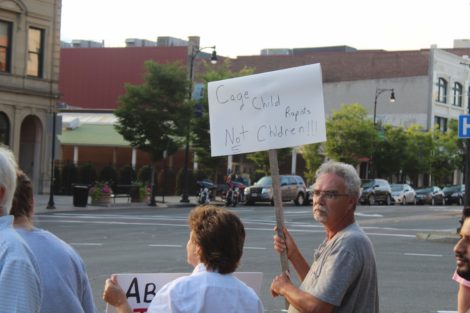 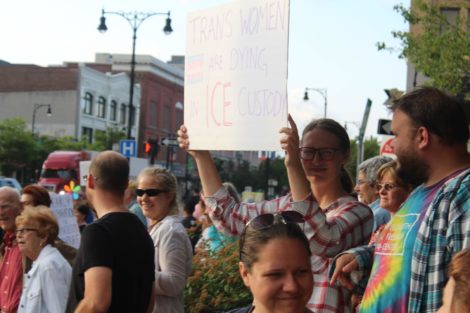