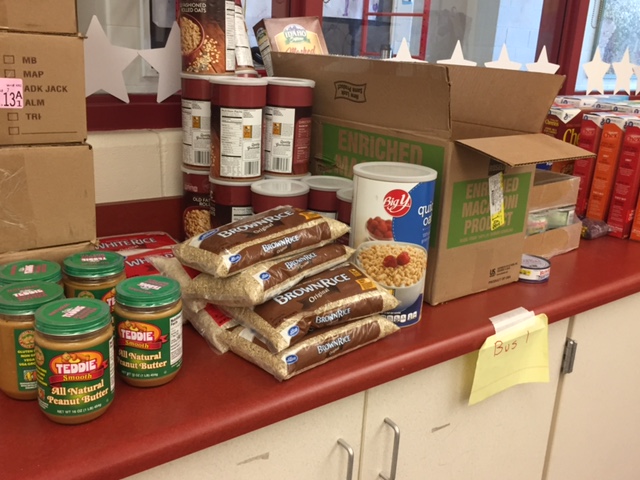 Sheela Clary
Food donations for Project Connection, a program that provides food for families struggling with food insecurity during the summer months when children are out of school and unable to participate in school lunch programs.

Great Barrington — The halls of Muddy Brook Elementary School are quieter now that the summer 2017 portion of Project Connection, the school’s federally funded out-of-school-time program, is over, but one important component continued for one final week. In a now four-year-old, interfaith and multisector collaboration with Fairview Hospital, Stockbridge Congregational Church and the Jewish Women’s Foundation of Berkshire County as well as local businesses, Project Connection has been sending backpacks and bags of fresh and packaged foods home with participating families each Thursday, with a final Thursday this season on Aug. 10.

Project Connection is one of over 700 nationwide afterschool programs funded under the 21st Century Community Learning Centers’ program, which was started up in the early years of the Bush administration as an anti-poverty effort that went into place in conjunction with the No Child Left Behind initiative. Since 2012, Project Connection, operating at Muddy Brook as well as Monument Valley Middle School, has offered free afterschool academic enrichment and extracurricular activities for hundreds of students, with need exceeding capacity. Over the years it has partnered with local organizations like Community Health Programs, Greenagers, Berkshire South, Berkshire Botanical Garden, IS183 Art School of the Berkshires and Flying Deer Nature Center, among others. 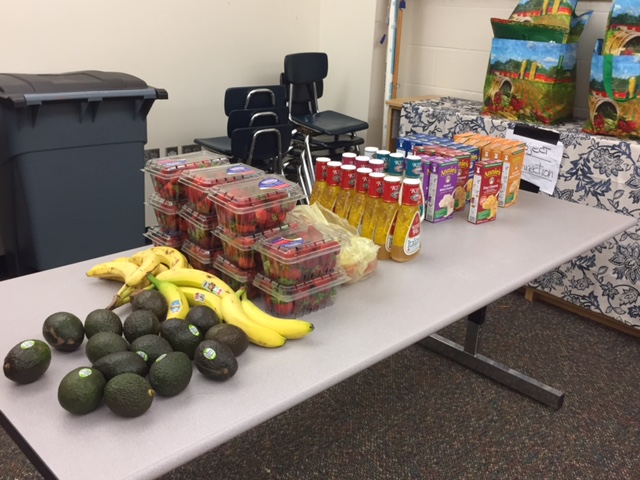 The food bag project came about in anticipation of summer 2014 out of conversations about child hunger between Fairview Hospital’s Lauren Smith and Muddy Brook’s principal, Mary Berle. Our area’s food scarcity needs are at least partially met during the school year by free and reduced lunch and breakfast programs. From September to June, one of every three students at MBES and one of every four at MVMS, receives two meals for free or reduced price per day.

That translates to 100 meals missing for those families, per child, during the 10 weeks of summer vacation. Project Connection and its partners are attempting to fill in as much of that gap as it can. In 2014 it started serving 15 families; in 2015, there were 25; in 2016, the number went up to 40; and, this year, to 50, out of a total of about 80 South County families whose children were invited to sign up for Project Connection’s summer program in 2017.

For Lauren Smith, director of community relations and development at Fairview Hospital, the food bag program is a natural extension of the institution’s work and serves to meet its mission to improve the health of the community. She said, “We recognized that Project Connection dealt with academically vulnerable populations, and as the numbers of students on free and reduced lunched go up, hunger is a contributing factor to difficulties in learning. While the hospital is not a direct service provider, we are stewards of the community, and to the extent that we can support the overall health status of our most vulnerable children, it’s an important long term contribution we can make.” Fairview contributes between $8,000 and $10,000 per summer to purchase backpacks and food that is ordered, packed up and delivered to the school by hospital staff.

Above numbers are percentages of school enrollment.

The food donations, in addition to protein-rich items out of the kitchens at Fairview, have come from a variety of places and speak to the remarkably collaborative nature of this endeavor to meet a pressing community need. They include bread from Berkshire Mountain Bakery; gift cards, avocados and bananas from the Berkshire Co-op; crates of oranges from Guido’s; fresh produce out of Berkshire Hills’ own Project Sprout gardens; and salsa, chips, cereal and other items purchased by congregants of the Stockbridge Congregational Church from Price Chopper.

The Stockbridge Congregational Church became involved after Mary Berle asked Anne Hutchinson, who’d run a free dinner in Stockbridge for several years, if she’d be interested in participating. Hutchinson said, “The hospital made lists of foods needed, and we figured out how to fill in the gaps for what hospital could not provide.” In addition to food items brought in weekly by church-goers, Hutchinson also brought on the Rotary Club as a donor. She preorders the food ahead of time and church volunteers pick it all up, pack and deliver it. “ A large percentage of the congregation is involved,” she said, and the dollar volunteer of their food contributions “would be close to $2,000.” 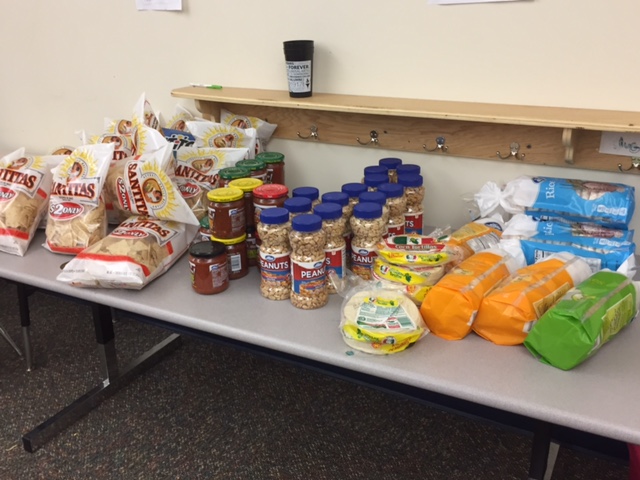 Volunteers from the Jewish Women’s Foundation of Berkshire County, who, over the past few years, had been coming into Muddy Brook to do one-to-one reading with students, also noticed the problem of hunger and wanted to address it.

Phyllis Cohen, coordinator of the Women’s Foundation’s grants committee, said, “Last year in particular we noticed kids were coming in hungry, and some of us were bringing in food ourselves at nine am. After the reading program was over, we sat down and talked to all the amazing staff at Muddy Brook and they arranged for the kids to be dropped off at an area on their way into the building to pick up food.”

The foundation’s mission statement is: “In the spirit of tikkun olam, the Jewish Women’s Foundation of Berkshire County is dedicated to sharing Jewish values by meeting unmet needs in the community and supporting social action.” This year Project Connection applied for and received a $2,000 grant from the foundation to purchase food for the summer. Members pledge to donate a minimum of $500 per year. The foundation also provides grants for a range of causes such as fuel and transportation assistance.

If you or an organization you are a part of would like to contribute food or funds for the students at Project Connection, please contact Tom Kelly or Jack Cowles at Muddy Brook Elementary School.