Ashley Falls — If by some far-fetched chance you lived in the vicinity of Foxcroft Road in West Hartford, Connecticut, in the 1950s, you may have seen six-year-olds Susie Walker and Susan Fay walking door to door collecting donations for the Heart Association. Or perhaps you spotted the pigtails-and-freshly-pressed-cotton-dressed pair distributing their neighborhood newspaper, a handwritten monthly Mr. Walker mimeographed for them by the dozen. The headline that ended their fledgling journalism careers, “The Millers Are Headed for Divorce,” became yesterday’s news when the formidable duo set their sights on Hartford’s Shrine Circus. For two small fees, you could enter their clown naming contest and send the girls to the circus. No big top connections? A minor detail they’d eventually work out. Or not. 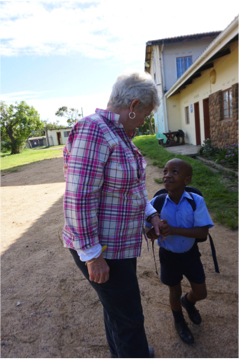 A fertile imagination and a pocketful of crumpled dollars is the stuff of dreams for enterprising young girls. And it set the lifelong friends on a trajectory that hasn’t changed much through the years. When Susie Weekes-Roeder isn’t managing her Berkshire-based staging business Walker-Weekes Designs or co-chairing local drives as a Construct board member, she’s tackling her most inspired undertaking yet: founding the Indwe Learning Center in Illovo, South Africa, adjacent to the Mother of Peace (MOP) orphanage. Her childhood friend Susan? She’s now Susan Fay-Wilcox, the Indwe board member/educator known for her groundbreaking work in the field of neuro-behavioral disorders.

Designer by day, philanthropist by night (and the wee-hours of the morning), Weekes-Roeder is everything you’d expect her to be: compassionate, driven, creative, intelligent and devoted to the children of MOP. But she’ll also surprise you with her down-to-earth charm and off-the-cuff humor. Bubbling just beneath the surface, a hint of mischievousness makes the 67-year-old instantly likable.

Indwe Learning Center: A dream in the making 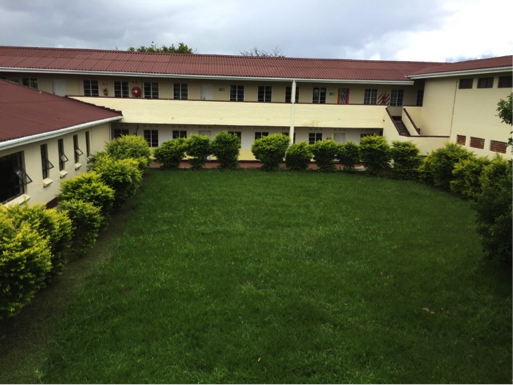 A one-time sugar plantation in Illovo, South Africa, the Indwe Learning Center sits on the border of the MOP property. Indwe, a 501 (c) 3 Montessori school, is named after the Zulu word for blue crane, the national bird known for its independence, determination and resourcefulness. “It’s the only bird that doesn’t look down when soaring,” Weekes-Roeder said. The board plans to add a grade each year to the now pre-school-through-third-grade program. Other goals include providing comprehensive programs which ignite a lifelong love of learning and rolling out the school in other parts of the world. Iris Canham, head of the experiential pilot, plans to run the school on a three-point platform: educate, empower and engage. Centered around a commitment to support the whole child, Indwe Learning Center offer orphans and vulnerable children a life-changing path to success.

“Iris came to the Berkshires two years ago, and along with Montessori administrator, Kristina Wells, we toured the Montessori school in Lenox Dale. That changed everything for us. The concept of lifelong learning was mind-blowing,” said Weekes-Roeder. From science, art and baking to sports and performing arts to vans and gardens, there is much work to be done in the coming months to drum up support and raise awareness for the mammoth project. Canham is in the Berkshires this week to help raise funds for the center.

The dreams the board has for the center are often at odds with reality, which has a painful way of redirecting their steps toward the practical side of their work. “Watching children do without the skills, direction, and tools they need to turn their lives around is heartbreaking. We want to give them what we’d give our children, a future with hope,” Weekes-Roeder said in her usual touching way. When asked about potential sister schools in the Berkshires, she said it’s on her wishlist.

The center doesn’t need books or supplies, but funds to stock the classrooms and library, hire gifted teachers and create unique programs for Indwe girls. Due to the nation’s rape culture, females in South Africa are one of the most vulnerable populations in the world.

“You must know my story. You must know why I’m here? The kids at school say I’m broken,” seven-year-old Sanele said to Canham last month.

He wanted to become a superhero last year. Today, he wants to be a manager. “Every chance we get, we spend time on ‘Manager Training,’ even if it’s just 10 minutes. I teach him things like how to Google. Or I’ll share my day, and give him scenarios to consider. Then we’ll talk about potential next steps” said Canham.

The Berkshires, by way of Washington

Weekes-Roeder left Washington, D.C., with her son Charlie in 2001 to attend the Visionaries Institute for documentary filmmaking and nonprofit management – the one-time Suffolk University master’s program in Sheffield. “While researching my thesis about the AIDS epidemic in South Africa — a country with the highest incidence of HIV in the world — I went to D.C. to meet Suzie Peel, the woman who spearheaded the first World Aids Conference,” she said. To document the fallout of the AIDS epidemic, the two joined forces and traveled with a Visionaries film crew to Durban, a coastal city in the eastern region of South Africa. Peel, now the chair of the Indwe board of governors, introduced Weekes to the disorienting term “child-headed households.” Her thesis documentary quickly morphed into the exploration of children raising themselves. 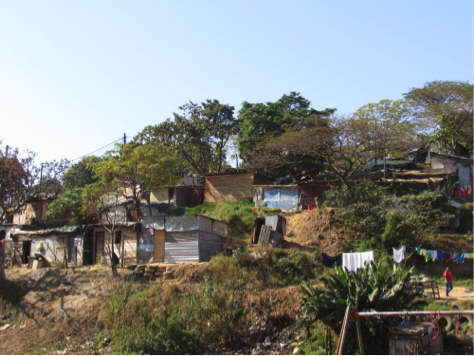 Back in 2001, South Africa’s failure to address the spread of HIV was most evident in the townships, still home to the country’s most impoverished black population. Durban townships were shanty towns, rows upon rows of shacks dotting the hillside. A few miles away, tourists flocked to Golden Mile, a strip of sandy beach along the Indian Ocean with a Miami-like vibe. Tucked out of sight, townships are so discreet that it would be like driving to Boston on I-90 and picking a random spot between exits 4 and 5 and walking into the woods. “The driver dropped off our crew in an isolated stretch of the highway. Beyond the guardrails, we met our guides, Durban social workers, Busi and Sinikiwe. We hiked through the woods, crossing a huge ravine on a flimsy piece of wood until the landscape changed to tall grass and a path that led to a clearing. Then suddenly there were hundreds of shacks stretched out in the distance,” Weekes-Roeder said. The guides introduced the group to a handful of families in the tight-knit community – women, and children at the center of the AIDS pandemic. Curious about the Americans with camera gear and hopeful that their presence signaled help on the way, head-of-household children shared their stories in the queen’s English. In other homes, just feet from the front door, mothers lay dying on donated cots. 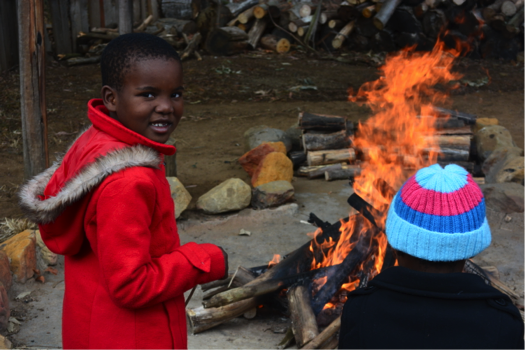 “She was sweeping the stoop the first time we met. We were not invited inside but told we could come back later. That afternoon, she was sitting next to her daughter. She spoke very little English. I never knew her name. Shortly after that meeting, she died of AIDS, leaving her children behind,” Weekes-Roeder said. At the time, many children without parents in the townships flooded into MOP including HIV-infected infants, the youngest casualties of the epidemic (the South African Ministry of Health endorsed policies and clinical protocol to reduce mother-to-child transmission in 2001 but, due to AIDS denialism, it was held up in court for over a year until the government was forced to develop a national program). 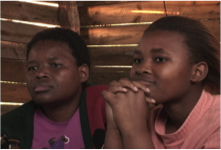 Weekes-Roeder and I met a few years after her first trip to South Africa – she was embarking on a new venture of flipping houses in lower Berkshire County while raising her teenage son Charlie. She switched gears after the 2008 recession, trading in her renovation skills for her now-thriving staging business. Her plans to return to South Africa on hold, life was full for the working mom. “When Liz Towell passed away in 2012, I knew I had to go back,” she said (Towell headed an organization in Durban that supported hundreds of child-headed households). At 60, she sold her belongings, moved to Durban and focused her attention on the orphanage.

Not your average orphanage

A one-time sugar plantation, MOP doesn’t operate like a typical home for children. To provide a family-like environment, surrogate mothers live in small bungalows with up to six kids, a concept founded by Towell.

“What would surprise the people back home about the children there?” I asked.

“The kids are stronger and happier than I expected. They’re very honest, very familiar. They treated me with terrific respect. It struck me then and strikes me now. They aren’t different. They don’t feel foreign. And that’s how you get attached to them,” Weekes-Roeder said.

The passing of time has little meaning for children with no hope for the future. They live in the moment. Before realizing it, they’re 18 and must leave the orphanage, aging out with a makeshift education and zero skills. “Because most can’t read or write, they’re unable to compete with the 30 people vying for the same entry-level job,” she said.

And then there were three

As fate would have it, upon her return to the Berkshires in 2013, she met and later married Don Roeder, a retired botany professor who taught at Simon’s Rock for 37 years. The two settled in Ashley Falls, returning to Illovo with family and friends every year, where, little by little, the dream of Indwe Learning Centers took shape. Together they raised over $100,000 for the center, a now-independently-operated 501 (c) 3. 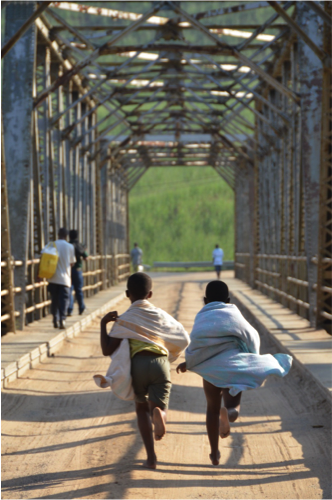 I recently caught up with the couple at their home. Weekes-Roeders’ design eye at work in every nook and corner of their cozy, cape-style home, it has a sophisticated global feel. And as you’d expect, it’s flush with eye-catching South African art and accents.

When I asked about their latest trip to Illovo in March, she said, “The kids are happy until they have to deal with reality. They’re very isolated from the world. The most upsetting part for me is their lack of hope. They see Don and me and think we’re going to change their lives. That’s why they look happy in the videos on our website.”

With the help of Magic Fluke in Sheffield, Roeder brought seven ukeleles and taught students one-on-one. “Don’s like the Pied Piper; the kids love him. He’s a natural teacher; he talks to them with respect. They aren’t used to that, so they follow him everywhere,” she said. When the couple left, the instruments were locked away. Further lessons would have to wait; no one else teaches music to the children. In the meantime, check out the video below of Don playing the ukelele with students of the Indwe Learning Center:

If not us, then who?

A giant female elephant lumbers across the grassy plain. An adorable baby elephant follows. It’s a day in her life, nothing extraordinary. Lady elephants assume responsibility for the herd’s youngsters. Of all the lessons we learn from the animal kingdom, caring for one another is the very essence of community. To learn more about Indwe Learning Centers, click here or send an email.