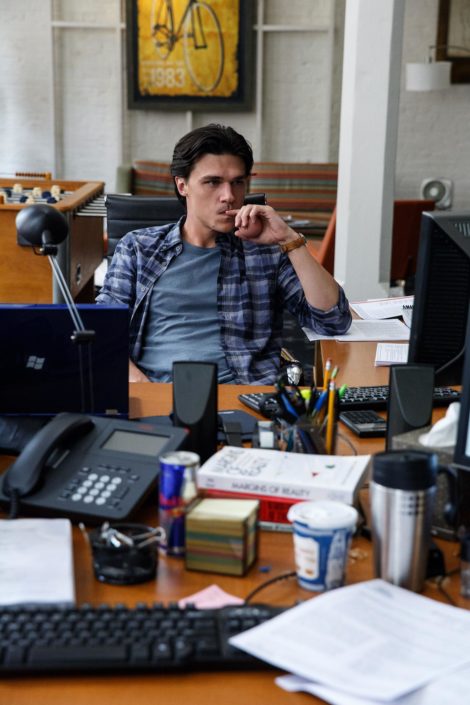 If he didn’t love acting so much, 31-year-old Lenox native Peter “Finn” Wittrock says he might have gone into journalism instead.

“There’s a funny sort of connection between tracking down a story and doing the legwork needed to build a character,” says Wittrock, a 2008 graduate of the Juilliard School, who distinguished himself during his time there by winning a writing award for his work on the school newspaper, The Juilliard Journal.

“I wrote a few articles about some plays and got to interview some Broadway people,” he recalls. “I loved it. I could definitely see myself as a journalist if I hadn’t caught this acting bug thing.”

Given who his parents are, he couldn’t help but catch that bug. The son of actor and voice coach Peter Wittrock Sr. and occupational therapist Catherine “Kate” Crowley – both of whom were active with Shakespeare & Company – Finn hit the boards at a very early age.

“I was among four or five women who were pregnant or who had little babies all within about 18 months of one another,” recalls Kate, who teaches at the University of Southern California. “We relied on each other for support and love and help, and it really did take a village to raise the little ones. Fortunately the company members all contributed with great love and fun.

“I remember we were on a bus and truck tour of ‘A Midsummer Night’s Dream’ and ‘Romeo and Juliet’ to several states, and I was babysitting Finn and another boy,” Kate continues. “We had the two boys in their cars seats, often traveling up to eight hours in day, and Finn had a free and natural voice which, at seven months of age, he used to raise with impunity whenever he was uncomfortable or bored. We swore we could see the hair on the necks of the actors stand up when he would screech, but they were always kind and funny about it.”

“How we used to babysit them was to put them on stage so they were part of the company,” Shakespeare & Company founder Tina Packer says. “In some productions they lent a real dimension to the story.”

“Their life was filled with the outdoors, the beautiful wooden stage in the woods and independently doing scenes from various plays,” recalls Kate. “They created these annual midnight productions of scenes that were attended by the entire cast and crew.

“Over the years the scenes became longer, more complex and involved more children,” she adds. “They put a great deal of effort into the costumes, the lighting, and the sound to make these little productions shine.”

“Most of the time we lived at the main stage and stables being fairy children,” recalls Finn. “We’d re-enact sword fights from all the Shakespeare plays. At first it was just little kids being cute, but then we started taking it much more seriously.” 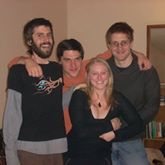 Not surprisingly, the company within the company was known as “The Very Young Company” and it originally featured not only Wittrock, but also “Shades of Blue” television writer Nathan Wolfe Coleman, Reilly Hadden, and his stepsister Rory Hammond.

“Finn was always into swordfights,” agrees Hammond. “He had a sword bag with a plastic sword that he’d carry wherever he went and he’d choreograph the fights.”

Finn sheepishly admits he did “have two bags that I made my mom carry wherever I went. One was for carrying swords and the other was for my costumes.”

“We loved ‘The Princess Bride’,” continues Hammond. “That was our favorite movie, and Finn loved that Mandy Pantinkin line ‘Hello, my name is Inigo Montoya, you killed my father. Prepare to die!’ ”

One of Finn’s closest friends, Rory – who attended Undermountain Elementary School with Reilly – agrees that the Wittrocks, the Colemans and other Shakespeare & Company acting families “were very much in a co-parenting situation.

“We were all raised by each other’s parents,” continues Rory, who directed “Twelfth Night” at Lenox High School last fall as part of the annual Fall Festival of Shakespeare. Born a month apart from one another, she jokes that she and Finn “met in utero.” 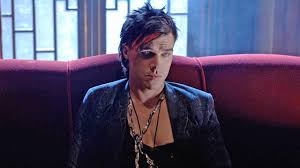 The owner of Animus, a theatre company in New York City, Rory says that her lifelong friend “is just a good-hearted, level-headed guy who is very real and sweet.”

According to Kate, if Rory was his sister in spirit then Rory’s mother, Diane Prusha, was Finn’s second mother.

A teacher at the Great Barrington Rudolf Steiner School on West Plain Road, Diane remembers Finn as being the “peacemaker of the ‘Very Young Company.’

“He had a single-mindedness of purpose and always kept people on track,” she explains. “If there was a disagreement, he kept everyone together.” And most of all, adds Diane, “Finn was always loyal to his friends.”

Her daughter echoes those sentiments. “Finn has always been driven in his ambition to be an actor,” she continues. “Nothing ever distracted him from that. He has a deep love for acting, and that’s what makes him so good at it. He has a real passion for it.”

As a result, Wittrock has quickly become one of Hollywood’s most sought after performers.

“Certain parts are more demanding,” says the actor, who burst into the spotlight in 2014 in the FX series “American Horror Story: Freak Show.” “Just because you may be a nice guy in real life doesn’t mean you can’t conceive of any weird behavior.”

No kidding. Wittrock’s bravura performance as the psychotic rich kid Dandy Mott, a killer who enjoyed bathing in the blood of the people he murdered, earned him an Emmy Award nomination two years ago. 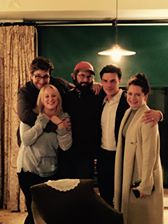 “By letting your imagination run wild, you can understand darkness and understand someone who is the total opposite of yourself,” the amiable Wittrock continues. “That’s what my theatre training has allowed me to do. It’s given me the tools to expand my emotional and psychological horizons so I can imagine acting in a totally opposite way than I normally would.”

Pretty intense stuff as far as self-analysis goes, but Finn’s brother Dylan, who is four years younger, says Wittrock is “actually a light-hearted guy who is just wicked smart.

“That’s what I don’t think a lot of people realize about him, especially given the whole “American Horror” thing,” adds Dylan, who is a model and actor himself. “Maybe people don’t expect him to be such a spur-of-the-moment, spontaneous sort of guy, but he really is very mellow. He’ll walk around New York City by himself and find a table to sit down and just read a book. He’s got a tremendous work ethic, but he’s really very reserved.”

He’s a hot property as an actor precisely because of that work ethic and his ability to morph into completely disparate people. For instance, in 2014’s “Unbroken,” Wittrock portrayed a real-life World War II Air Force commander who was marooned in a lifeboat for 47 days following a plane crash, a role he reportedly lost more than 40 pounds for.

And in last year’s smash hit about the financial meltdown of 2008, “The Big Short,” Wittrock routinely poured through copies of the Wall Street Journal “in order to wrap my head around all these hard economic concepts and jargon.”

In the movie Finn played an investor reportedly modeled after Jamie Mai, the president and chief investment officer of Cornwall Capital who correctly foresaw the subprime mortgage crisis of 2007.

“I got to a point where I was finally comfortable talking about credit default swaps,” he says with a laugh.

His body of work attests to the fact that he has been comfortable playing a lot of different characters, such as a doomed AIDS patient in HBO’s “The Normal Heart” and Eugene Marchbanks in the Berkshire Theatre Festival’s production of “Candida.” And, in his Broadway debut in 2012, he played Happy Loman in the critically acclaimed revival of “Death of a Salesman.”

Ryan Gosling and Emma Stone in the upcoming “La La Land,” which co-stars Finn Wittrock. The movie, which is scheduled to open on December 16, is about a jazz pianist who falls for an aspiring actress in Los Angeles. (Photo courtesy of Lionsgate).

“Every part demands something else, something new, something different,” he explains. “You have to pinpoint the things you’re going to use to create a character, and just get to a point that you’re comfortable being that character.”

He’s comfortable in his personal life, too. Though it’s hard to believe he could slow down from his demanding professional workload long enough to smell the roses, Wittrock also found time to get married in 2014 — the private affair was held 10 days before his 30th birthday. Finn and his wife, Sarah Roberts–a fellow Juilliard graduate–will celebrate their second wedding anniversary in October.

What’s on tap for this native son of the Berkshires? Come December, movie audiences will be able to see him in “La La Land,” a Lionsgate film that reunites him with his “The Big Short” co-star Ryan Gosling. The movie, about a jazz pianist who falls for an aspiring actress in Los Angeles, also stars Emma Stone.

By his own admission, however, he wants nothing more than to hit the boards again. “I’m just itching to get back on the stage,” says Finn. So in 2017, Wittrock will co-star with Sally Field in “The Glass Menagerie” on Broadway.

Members of “The Very Young Company” ham it up for the camera circa 1995.

Though the Wittrock family uprooted itself and moved from Lenox to Evanston, Illinois, in 1990 when Peter was offered a job teaching at DePaul University, they later moved to California so Kate could pursue her doctorate. Peter, Finn and Dylan typically returned to the Berkshires every summer while Kate came back whenever she could.

Her daughter agrees. “There’s a lot happening for him right now,” says Rory, “but Finn is the kind of guy who will never forget where he came from.”

Of the Berkshires, Finn acknowledges that he “never had to deal with my parents or the community-at-large not embracing my artistic endeavors. I was in a community that cared about artistic expression, and Shakespeare & Company was the springboard for my career.”

Though Finn fondly reminisces about dinners at Joe’s Diner on Center Street in Lee and outings to the Friendly’s in Great Barrington, most of all he remembers his time with “The Very Young Company.”

“I think my most epic moment was the last show we all did together,” says Finn, whose grandfather died that very day. “I went out to the woods and I thought I was having a breakdown. I asked myself, ‘Am I emotionally stable enough to do this show?’ And then all my friends came out to hug me. And it was like, ‘Let’s go do this show for Grandpa.’

“So it’s nostalgic whenever I go back and smell the pine trees of my youth,” he says. “I am very blessed that I came from this place.”