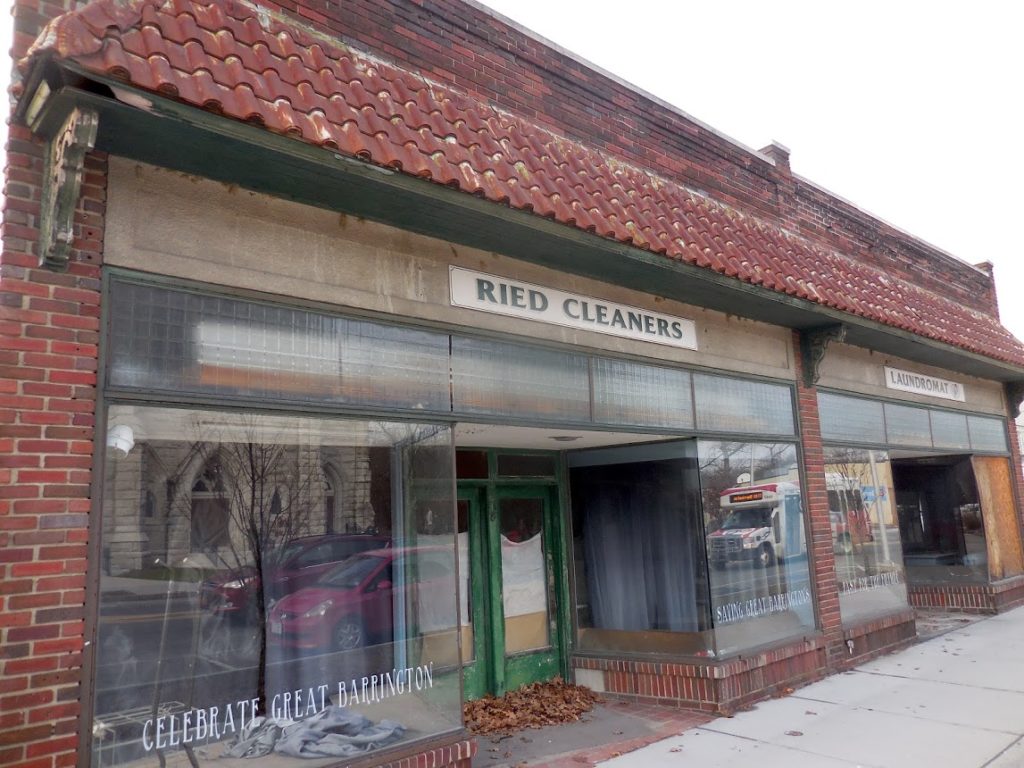 Terry Cowgill
The high cost of cleaning up the polluted Ried Cleaners site could be brought down significantly through grants.

Great Barrington — The cleanup of the polluted former Ried Cleaners site on Main Street will likely approach $1 million but could be heavily offset if the town receives the maximum amount from a cleanup grant through the federal Environmental Protection Agency.

At a public meeting Monday on the cleanup effort, town planner Chris Rembold laid out the process for applying for the grant and introduced Tom Biolsi, an environmental consultant and geologist from TRC Companies Inc., which is based in Lowell.

Biolsi and Rembold went through a detailed history of the property, which had been used as a dry-cleaning and retail facility until it closed some 13 years ago. Earlier this year, the town foreclosed on the property for nonpayment of taxes — a procedure that resulted in the town becoming the owner of the property.

The site at 219 Main St. sits next to the Great Barrington post office and is on a parcel of about one-third of an acre. The business had been owned and operated since 1952 by Herbert and Nancy Ried. The couple decided to retire and closed the business in 2006. The Rieds owned both cleaners buildings and the former Arnoff Pack and Ship building next door, which was subsequently sold to Salisbury Bank for use as its Great Barrington office. 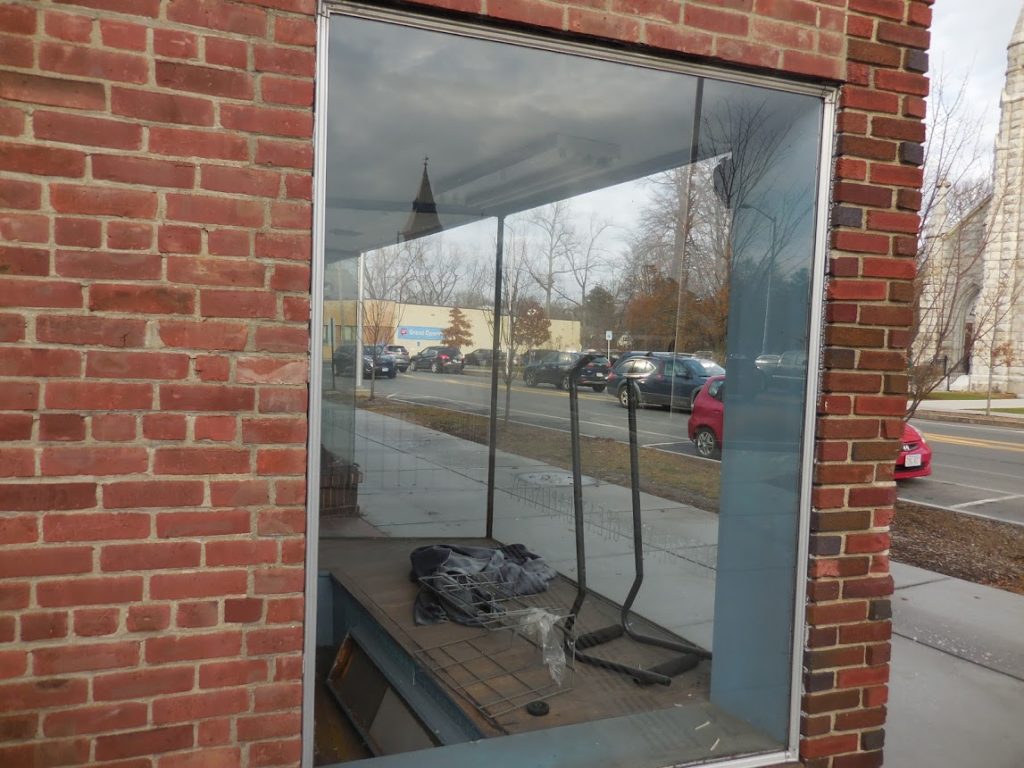 There were originally two buildings on the site: a unit in the rear that was used for the dry cleaning of garments and which was demolished in 2008; and the building that housed the retail side of the business that remains today. The existing structure occupies a footprint of about 3,400 square feet with a basement of approximately the same size.

When the state Department of Environmental Protection investigated the property in 2008, it attempted to remove an underground tank at the rear of the property under the demolished building and, in the process, found other tanks as well. Rembold said there were four tanks: two containing fuel oil and two containing tetrachloroethylene (PERC), a chlorinated solvent used in dry cleaning. 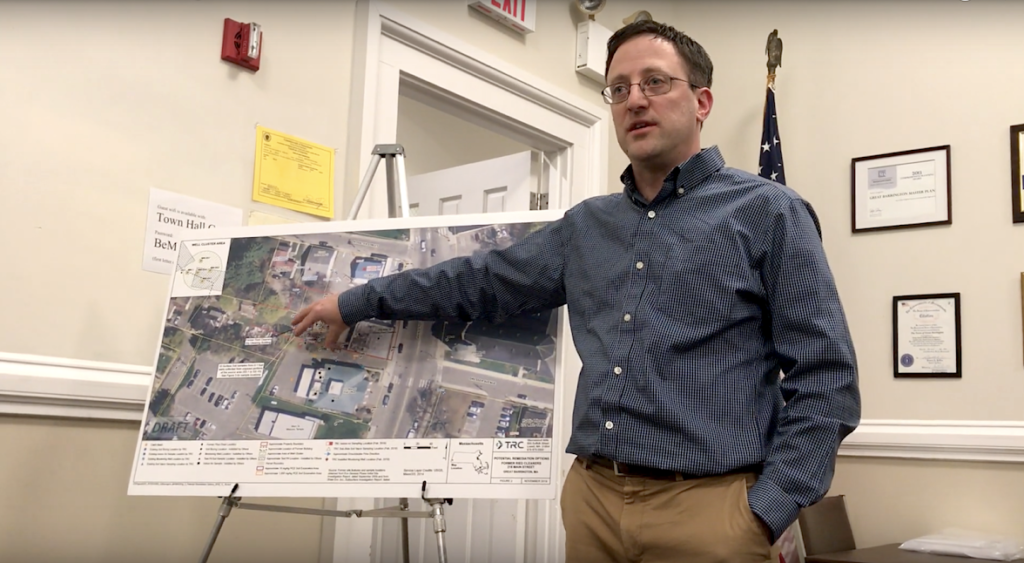 Biolsi said all the tanks had holes of about a quarter of an inch and that each was leaking liquid into the soil. Other fluids had evidently leaked through the floor drains before the building was demolished. The dry cleaning solvents have migrated into groundwater and have flowed onto nearby properties, primarily those to the south and east, Biolsi explained.

In 2015, the town applied for and received a grant of $91,000 allocated from the Brownfield Assessment Program by MassDevelopment, the state’s finance and development agency.

At that time, the town had received a number of inquiries about the availability of property, which is viewed by retailers as desirable because of its downtown location.

One of those inquiries came from businessman and developer Jeffrey N. Cohen, who made an offer of $100,000 with the idea of tearing down the building and rebuilding a complex for retail, offices, and possibly an apartment or two. That offer was either rejected or ignored, depending on whom you talk to. Cohen later said he would not consider resubmitting his offer and urged the town to take the lead instead. 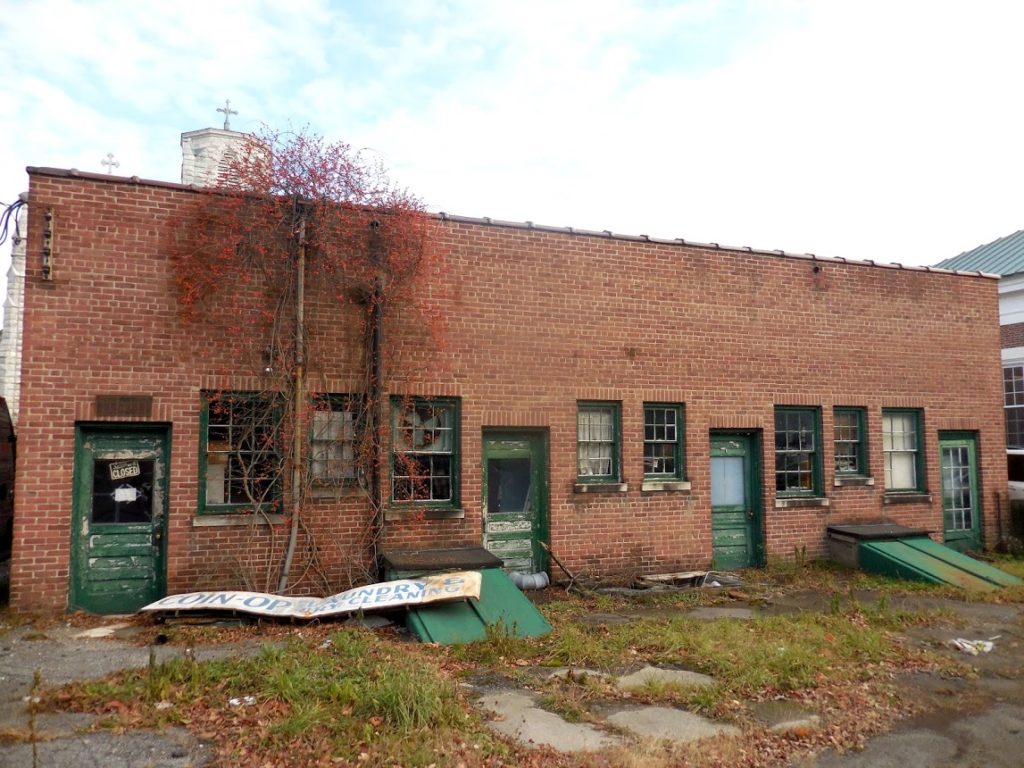 The rear of Ried Cleaners. The building to the right is the Great Barrington post office. Photo: Terry Cowgill

Several monitoring wells have been dug on the Ried site and on adjacent properties, including the post office next door, the Salisbury Bank building, the Mason Library across Main Street, and two nearby buildings on Rosseter Street.

The highest levels of contamination are below the footprint of the old building at the rear of the property. The bank building, the two Rosseter Street buildings and the Mason Library all tested at within state standards. The post office, Biolsi said, has its own consultant and is working on a “parallel track.”

According to an environmental study known as an “Interim Phase II Comprehensive Site Assessment Report,” paid for by the aforementioned MassDevelopment and completed in September 2015, the contamination is also an ecological threat since it is flowing toward the Housatonic River. The report says workers in the post office exposed to basement air are at “chronic risk” due to naphthalene, tetrachloroethylene and trichloroethylene.

A draft analysis of the cleanup alternatives produced by Biolsi’s company (click here to view the 44-page document) essentially presented two options: Excavate and dispose of soil and remediate groundwater under the footprint of the demolished dry cleaning building; or do so in a larger area around the footprint. The former would cost approximately $1 million and the latter about $2 million. The more modest option is seen as the most practical. 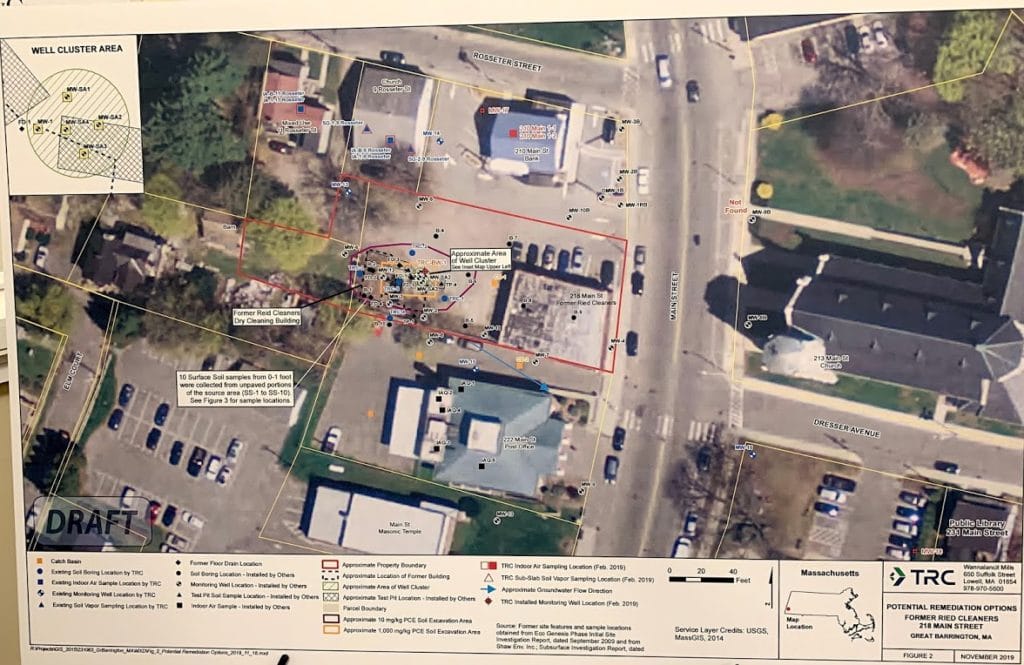 A map of the former Ried Cleaners site prepared by TRC.

Soil would be removed down to the water line which, depending on the season, is anywhere from 3 to 6 feet down. The contaminated soil would be transported to a disposal facility. Water beneath the soil, about 80 feet down to the bedrock, would be subject to bioremediation using an organic substrate.

Biolsi said the estimated price tags for remediation do not include the existing building. That structure included both the retail component of the dry cleaner but also a consumer laundromat. The building could be demolished or renovated. Either way, asbestos is present in sufficient amounts that it would have to be remediated. In addition, the underground solvents have contaminated the air inside the building. 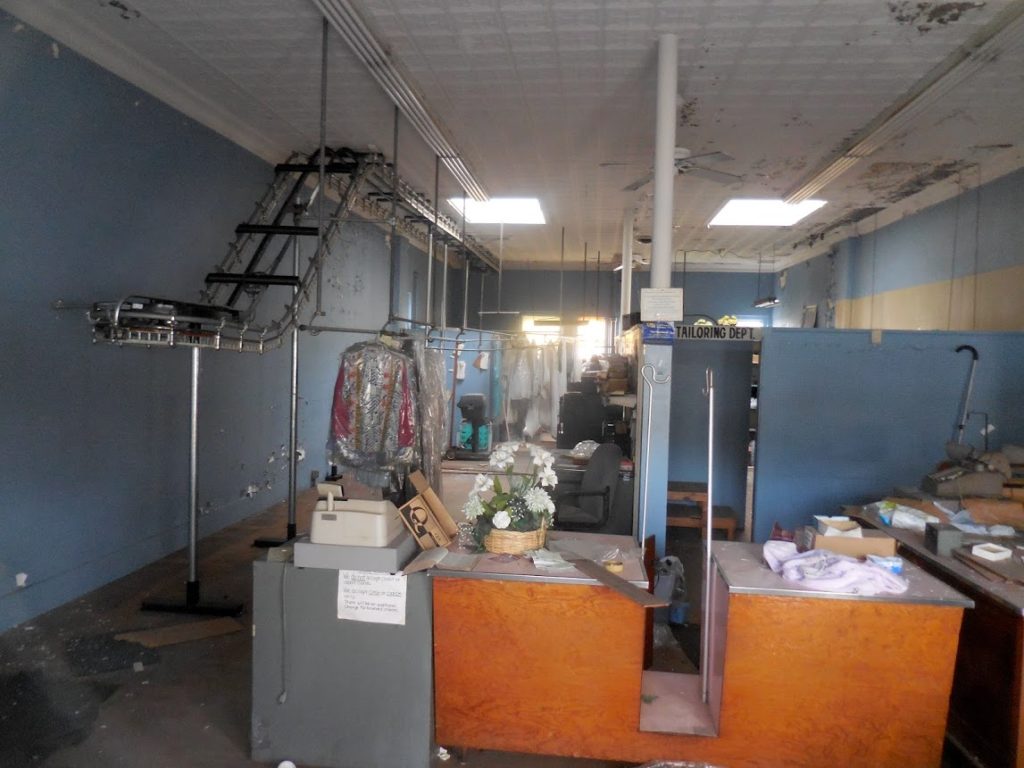 The inside of Ried Cleaners, which has been closed since 2006. Unclaimed dry cleaning remains under wraps. Photo: Terry Cowgill

The inside of the cleaners and laundromat appears to be frozen in time. Several articles of dry-cleaned clothing remain hung on the lines and covered in clear plastic. A bouquet of plastic flowers survives next to the cash register, along with a heavy-duty tape dispenser. Clothes dryers are still visible along the north wall of the laundromat.

Rembold said he is hopeful that the $1 million price tag can be brought down. The town is working on getting the EPA to remove some of the soil ahead of time, which would reduce the price of the remediation. Mass Development also has some cleanup grants available, as does the Berkshire Regional Planning Commission through the EPA. Of course, if any town funds are used, they could be recouped after the property is put back on the tax rolls.

“At the end of the day, obviously the objective is to ultimately prepare this building for some sort of reuse that meets the needs of the community,” Rembold said.

Biolsi said almost any commercial use would be permitted on a remediated property, and perhaps even a mixed-use project with multifamily apartments. But single-family residential or recreational uses would likely be out of the question.

As for a timeline, Rembold said the results of the town’s application for the EPA grant should be clear by next fall.

“And it would take some time to initiate cleanup plans, if we have the funds, so we would be looking at the calendar year 2021 before cleanup activities would commence,” Rembold said.

— Gertrude Stein
Read next: CAPITAL IDEAS: Investors have a lot to be thankful for