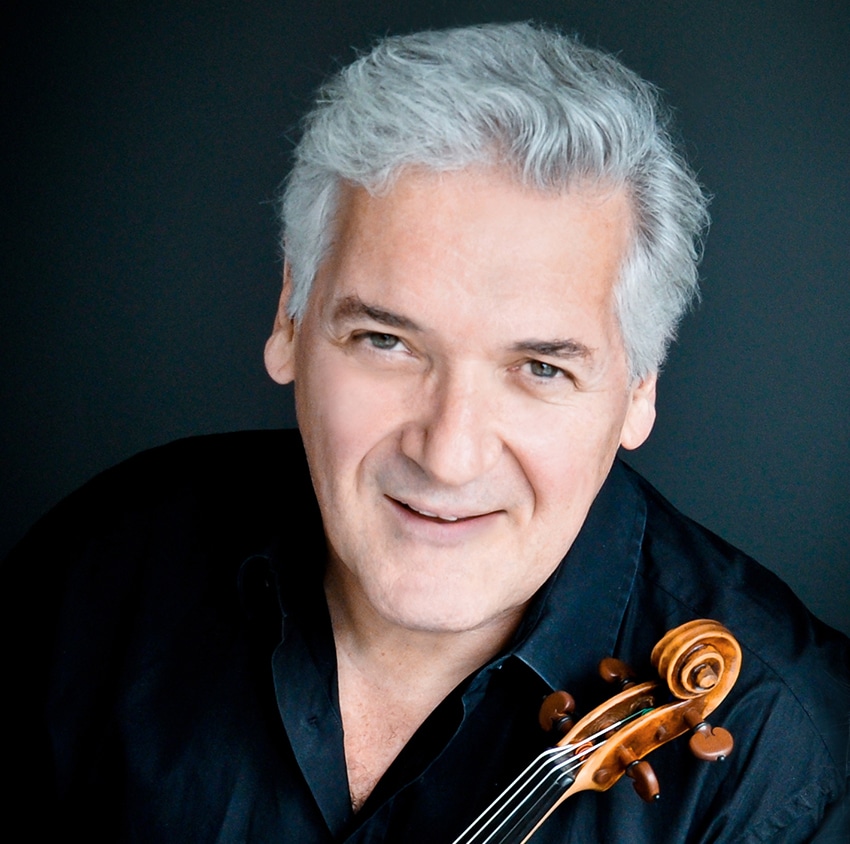 Lenox — Violinist and conductor Pinchas Zukerman‘s relationship with the Boston Symphony Orchestra began in 1969 at Tanglewood with a performance of Tchaikovsky’s Concerto for Violin in D Major. On Saturday, Aug. 3, he will make his 23rd Tanglewood appearance, joined by his wife, cellist Amanda Forsyth, performing, for starters, Beethoven’s Romance No. 1 in G for violin and orchestra. But the weightiest event of Saturday’s concert is the American premiere of Avner Dorman‘s Double Concerto for violin, cello and orchestra.

Commissioned by the Adelaide Symphony Orchestra, the BSO and Canada’s National Arts Centre Orchestra, Dorman’s double concerto was composed expressly for Zukerman and Forsyth. Here, Dorman has taken the idea of a concerto being a conversation between instruments and extended it to this particular pair of musicians, who just happen to be husband and wife. He wanted to write a piece that explored “the relationship between the two soloists — not only their instruments. How do they interact with one another?” The result of Dorman’s explorations is a 25-minute, three-movement piece that revels in conflict not only between soloists but between soloists and orchestra. And the sparks do fly. But Dorman knows exactly what a concerto ought to accomplish, so things work out and domestic tranquility is finally restored. As the composer puts it, “All voices seem to have found a way to cooperate and exist together.”

Before Zukerman and Forsyth take the stage on Saturday, the BSO will play the overture to Robert Schumann’s opera, “Genoveva,” for only the third time in the orchestra’s history and the first time since 1961. (Who knew that Robert Schumann wrote an opera?)

Saturday’s program will end with Felix Mendelssohn’s Symphony No. 3, “Scottish.”