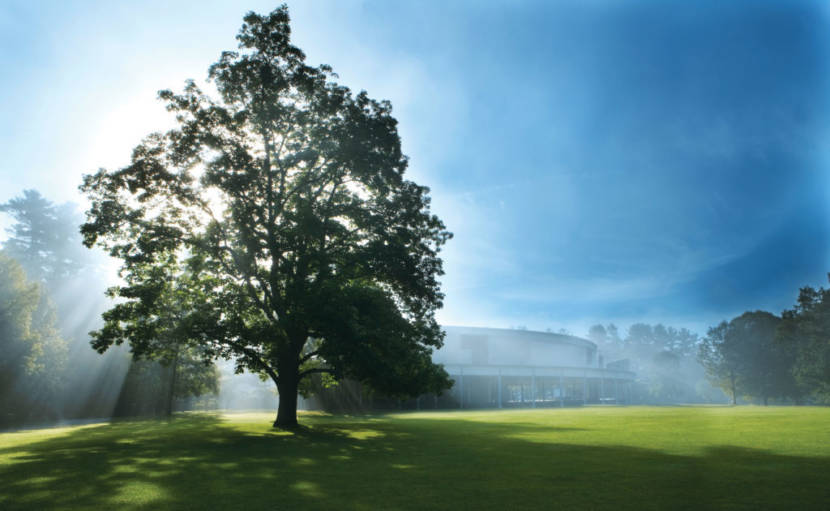 Lenox — A queen, an empress, and a nerdy guy who sells 4 million records per release (except for when he sells 6 million) are among the popular music artists who have recently shown up on Tanglewood’s 2019 summer concert schedule. We’ve already reported on Brian Wilson and James Taylor, so we’ll focus here on the newer arrivals. But first, here’s an overview of the whole Tanglewood 2019 pop music calendar:


Just as sure as a cat is not a dog, Josh Groban is not David Lee Roth. Yet the two singers do have something in common: On stage, they simply do what comes naturally. That makes their performances authentic in equal measure. For some reason, though, Groban has taken a bit of teasing over the years by those who feel he comes up a bit short in the coolness department. (In the music business, nothing is more important than coolness. Not even youthful good looks. Not even music.) Yet Rolling Stone magazine, the supreme arbiter of all things cool, has given Groban high praise on numerous occasions. Not for his coolness, but for his singing ability. In 2013, the magazine lauded Groban’s “massive, classically-inspired vocal range” and in 2015 described him as an “operatic pop singer … one of today’s great vocal talents.” In a 2013 review of Groban’s CD “All That Echoes,” one Rolling Stone critic declared, “Groban’s vocal dexterity and soulful strength is, as always, remarkable.”

Rolling Stone magazine wasn’t the first to throw hipness out the window and acknowledge the special merits of Josh Groban’s distinctive singing style (which is not well described by the word pop). Billboard magazine places Groban in the “classical crossover” genre, a designation most of his fans would probably agree with. The point is, Groban, in every performance, really does cross back and forth between classical and pop vocal styles. But it never sounds forced or calculated. It’s just his native way of singing. (When a classically trained singer jumps genres with comparable aplomb, we refer to him as Nicholas Phan.)

Train and Goo Goo Dolls – Aug. 5
Train will make their fifth appearance at Tanglewood on Aug. 5. These multi-platinum rockers broke into the pop mainstream in 1998 with “Meet Virginia,” a single off their debut album. Their 2001 hit single “Drops of Jupiter (Tell Me)” won two Grammy Awards in 2002, with the album reaching double-platinum status in the United States and Canada. It remains the band’s best-selling album. In 2009, their international hit “Hey, Soul Sister” reached sextuple-platinum status.

Since their debut in 1998, Train has sold over 10 million albums and 30 million tracks worldwide. And if all their musical achievements weren’t enough, the band has had several wines named after them.

In their Tanglewood debuts, the Goo Goo Dolls (“Iris,” “Slide,” “Name”) and opening act Allen Stone will join Train at Tanglewood on Aug. 5.

Gladys Knight with The Spinners – Aug. 28


During the mid-1970s and early ‘80s, Gladys Knight (billed then as Gladys Knight and the Pips) was best known for her No. 1 hit “Midnight Train to Georgia” from her 1973 LP “Imagination.” That single won the 1974 Grammy Award for Best R&B Vocal Performance By a Duo, Group or Chorus and remains Knight’s signature song.

“Midnight Train,” however, was eclipsed in 1985 by the Grammy-winning “That’s What Friends Are For,” the recording she made for an AIDS fundraiser with a little help from Stevie Wonder, Elton John, and Dionne Warwick.

Two No. 1 Billboard Hot 100 singles. Eleven No. 1 R&B singles. Six No. 1 R&B albums. Seven Grammy wins. Inducted into the Rock and Roll Hall of Fame in 1996. On Rolling Stone magazine’s list of the 100 Greatest Singers of All Time. Known as the “Empress of Soul.”

The Spinners compliment Gladys Knight perfectly. Their set will run about one hour, and they’ll need every minute of it if they hope to get through all of their hits. A few highlights: “I’ll Be Around,” “Then Came You,” “Mighty Love,” “One Of A Kind (Love Affair),” “Games People Play,” “Could It Be,” “Working My Way Back to You,” “The Cupid Medley,” “Yesterday Once More,” “Long Live Soul Music.”

Squeeze – Aug. 29
The band Squeeze first came to prominence in the United Kingdom in the late 1970s during the early days of the new wave revolution. By 1982 they had become key players in the Second British Invasion, along with Elvis Costello, the Pretenders, the Police and a passel of aspiring skinny-tie bands.

In the United Kingdom, the band had several hits including “Cool for Cats,” “Up the Junction,” “Slap and Tickle,” “Another Nail in My Heart,” “Pulling Mussels (from the Shell),” “Labelled with Love,” “Black Coffee in Bed” and “Hourglass.”

Although the Elvis Costello-produced single “Tempted” from the band’s 1981 album “East Side Story” never actually broke into the Top 40, it turned out to be a hit in every important sense of the word. Because of its wide use in commercials, movies and even video games, the song has become something of a modern classic. Today, it is more familiar to the public than many bigger radio hits from that period. Which means it now gets more airplay ever.

When Squeeze performs at Tanglewood this summer, it’s a pretty safe bet that their set will include not only a boatload of classic hits but also a good number of songs from their most recent albums “Cradle to the Grave” and “The Knowledge.”

Ben Harper and the Innocent Criminals with Trombone Shorty and Orleans Avenue – Aug. 31


Yes, that’s quite a mouthful of band names. But, in fact, it’s only two bands. Three at the most. In any case, their appearances on Aug. 31 (Tanglewood debuts for both acts) promise to be a helluva lot of fun, because Ben Harper has created (and sold) a helluva lot of great songs, and Trombone Shorty (aka Troy Andrews) has created a rare and eclectic blend of rock, funk, soul and hip-hop, all rooted in the musical traditions of New Orleans.

Ben Harper has released 15 studio albums and three live albums, including 2016’s “Call It What It Is,” recorded with the Innocent Criminals. His three Grammy wins are especially noteworthy for their diversity: Best Pop Instrumental Performance, Best Traditional Soul Gospel Album and Best Blues Album.

A short list of the high caliber musicians Trombone Shorty has worked with — U2, Green Day, Harry Connick Jr., Eric Clapton, Jeff Beck, Rod Stewart, Lenny Kravitz, Mark Ronson — makes it easy to see why he would be invited to tour with a multi-Grammy-winning artist like Ben Harper. Still, it takes guts for any headliner to engage an opening act that could easily upstage them. And it sounds like Trombone Shorty could upstage almost anyone: “My God!” wrote one of his fans, “One of the best shows I have seen and I have seen so many. The guy is a world class entertainer. I took my 7 and 11 year old kids and they were in awe.”

Trombone Shorty is famous for his high-energy concert performances, which means his set on the 31st could turn out to be something of a déjà vu for folks who witnessed Harry Connick Jr.’s Mardi Gras-inspired show at Tanglewood in 2018.


If you are a fan of contemporary country music, then you will probably like Reba McEntire‘s show at Tanglewood on the afternoon of Sept. 1. On the other hand, if you prefer your country music served straight up with no chaser — the way Merle Haggard, George Jones, Patsy Cline, and other Nashville pioneers used to make it (and the way George Strait still makes it) — then you will love Reba’s show. Because she makes it that way, too. She’s not opposed to the occasional pop flourish on her records, but ever since she gained creative control over her music around the time of her second MCA album “My Kind of Country” (1984), Reba’s mission has been all about taking country music back to its roots.

Worldwide, Reba’s recordings have sold more than 56 million units. She is a member of the Country Music Hall of Fame and Hollywood Bowl Hall of Fame. She has won 15 American Music Awards, 16 ACM Awards, nine People’s Choice Awards, seven CMA Awards, two Grammy Awards and one GMA Dove Award. Reba isn’t the first to be called the “Queen of Country,” but her status as country music royalty is beyond dispute.