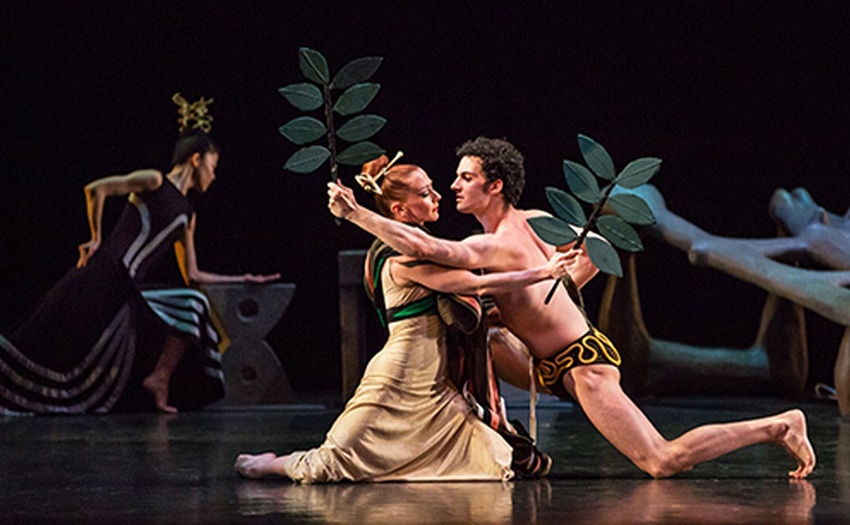 Lenox — Members of the Martha Graham Dance Company will appear at Tanglewood’s Linde Center for Music and Learning Wednesday, March 11, at 7:30 p.m. for a symposium on Graham’s ballet “Night Journey.” A staple of the company’s repertory since it premiered in 1947, “Night Journey” tells the story of the Oedipus myth from Queen Jocasta’s point of view, and if you think that sounds controversial, you’re right. Graham was well familiar with Sigmund Freud’s theories about boys and moms and dads, and it shows in her choreography, especially in her indelicate portrayal of Oedipus’ mother, Jocasta. The music for “Night Journey” is by William Schuman.

Here’s what the Dance Observer had to say about the ballet upon its premiere: “In the opening dance of tragic resignation . . . Martha Graham has invented for herself movement patterns which are among the most evocative and beautiful in her entire repertoire. So expressive in their violence, so provocative in their implication, so moving in their emotional content are these expressions of Jocasta’s realization . . . she might easily be able to tell the entire story without benefit of the actual appearance of Oedipus, or the Seer, or the Daughters of the Night.”

On the evening of March 11, dance company members will showcase and deconstruct Graham’s choreography for “Night Journey” using media, narration and performances of highlights from the work.