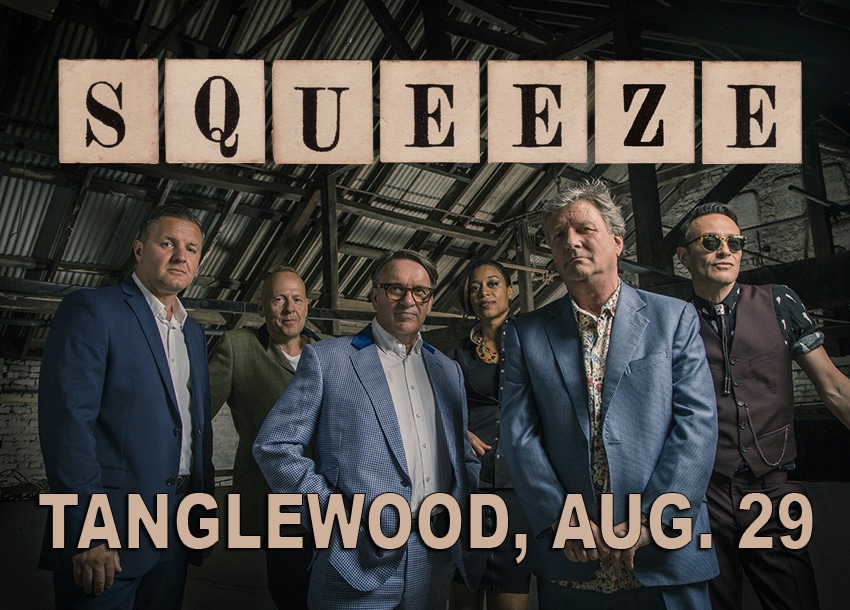 Lenox — Nearly half a century after forming, Squeeze is as busy as ever playing live shows — dozens of them over the summer and fall months — and the British “new wave” band is bringing their road-tested act to Tanglewood on Thursday, Aug. 29, at 7 p.m. The Mavericks and Scottish singer-songwriter KT Tunstall open the show.

Perhaps Chris Difford and Glenn Tilbrook are beginning to look like they might be almost about ready to start thinking about someday considering AARP membership, but the two men look like boys compared with Keith and Mick and many other seniors who rock.

Difford and Tilbrook have written many great songs together, but their Billboard chart history tells an incomplete story of their successes. For example, their 1981 “smash” hit “Tempted” has been covered by major pop acts like Richard Thompson and Joe Cocker. Yet it peaked at only No. 49 on Billboard’s Hot 100. (The song became popular internationally with the help of movies and television commercials.) It is mainly in Britain that the group has enjoyed significant radio successes with songs like “Cool for Cats,” “Slap and Tickle,” “Another Nail in My Heart,” “Pulling Mussels (from the Shell),” “Black Coffee in Bed,” “Hourglass” and others.

On Aug. 29, Squeeze fans can expect to hear material from the band’s recent albums, “Cradle to the Grave” and “The Knowledge,” as well as many longtime favorites.

Squeeze’s supporting acts are headliners in their own right: