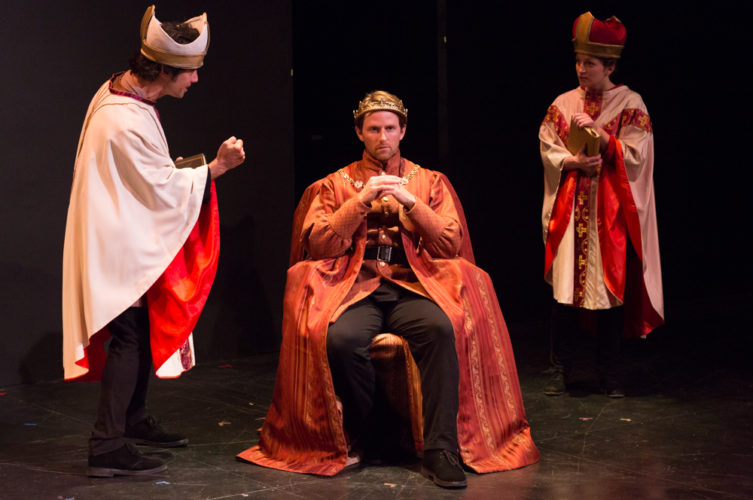 April 9, 1413. Spring had arrived, or nearly so, but the crowd stood below in coats and hats and scarves and shivered, as the late snow covered the ground like a blanket. Warmer weather was coming, they were sure; Better times had to be around the corner. The epic Hundred Years War was now only half over. People were tired. Peace with France had to come soon. Or was the cold and the snow an omen of things to come?

The townsfolk just lost Henry IV. Young Henry V stood above his people, still dealing with his own father’s death, a death that paved his way to the throne. He felt like a child himself, not really ready to take on the role of commander, yet young enough to be ignorant of the spoils and pain of war, and perhaps the townspeople looking over him felt that, too. For whatever reason, it was snowing, and England had a new king, who was a mere twenty six years old, and who would lead them into battle again and again. All were scared. Both monarch and those he ruled over were at once looking in the same mirror at each other.

Unbeknownst to both the new king and the people who worshipped him, Henry V had a mere eight years to live.

Our cast and crew in this Shakespeare & Co production make one thing perfectly clear about that cold, snowy Spring day back in 1413: If there is a footprint to be made here, it is the evolution of Henry V, as his rise to the throne transformed him from son to king to peace beatnik and romantic in the few years he had left to prove himself. It was a tumultuous eight years of struggle, laid upon the shoulders of a young man with big shoes to fill: Struggle growing up as a son who lost his father, struggle as a leader and new king on the throne, and the struggles and spoils of war, with battles still before him. He would send unknowing men to their deaths. All these struggles would occur in those mere eight years, until the final struggle for his own last breath would find him.

These transformations we see in Henry made him one of the most famous of kings. And Shakespeare knew this before any of us did. The Bard would pen a play about Henry V, a name that needs no subtitle, standing by itself like that footprint in the snow.

Henry himself was tall, thin, chiseled and bold, not unlike Ryan Winkles, the character director Jenna Ware cast to play him. Why this play? Why now?

“Henry’s trials, his tribulations, are completely relevant to what is going on in the world today,” says Ware. “Henry V, the man, the king, the legacy and the play, are timeless icons of a world in transformation.”

Indeed, this is true of Shakespeare. He penned more about raw human emotion and instinct than any other writer in history. If Science class taught us about our physical Being, capital B, it is Shakespeare who taught us about our Humanity, capital H: We love, kill, laugh and mourn the same way today as we did hundreds of years ago, and probably eons before then. In a world of supposed change, some things never change.

This play has been performed at Shakespeare & Co only one other time (in 2002). The direction is now in the hands of Director Jenna Ware, who painstakingly picked a cast of eight to play the entire field of nearly twenty characters. In addition, four of our cast members are females, alternating into male roles. During Shakespeare’s time, most performers were men. Cross casting is an art the folks at Shakespeare & Co have perfected. Let’s not forget it was Olympia Dukakis who played the starring role in The Tempest a few years ago. There is another twist here, however — our director gets to direct her very own husband, Jonathan Croy, one of the Company’s new Co-Artistic Directors and who also plays Westmoreland, Pistol, the French King, and the Chorus in the show — a dynamo of an actor, we have seen him many times before and most recently in the holiday classic “It’s a Wonderful Life: A Live Radio Play,” also directed by Ware, which featured Winkles as well.

“Henry V was considered by many to be the greatest English king. His desire to reclaim French lands was inherited from his father and grandfather,” adds Winkles. “He was perpetuating a war that was begun long before him. But he was a young leader out to prove himself and so made the throne of France his brass ring. As a result, we saw Henry change. He was forced to become responsible. He grew up, being in charge of a kingdom.

“Once Henry actually got into the war, he had to deal with the consequences of his decisions and the whole play follows him as he reassesses what it means to be a good leader. All of this is still going on and this is what makes the play so relevant.”

We have the nagging question of violence in Shakespeare’s work, a question that has left many a scholar scratching their heads. Shakespeare lived a privileged life. He saw no war, no tragedy (other than the death of his son, which is not to be underestimated), yet he wrote endlessly about war. Why?

“Shakespeare knew the Elizabethan culture of war,” adds Croy. “He knew the worst of it. He was nobility, but he saw how war affected various strata and classes throughout the war.”

“What would you like us to take away from this?” I asked the collective cast.

“Different people will take different parts away,” responded Winkles. “It will depend on how they relate to the various characters. For Henry, I hope that people identify with how human he is as his role metamorphoses. He goes from his glory days, to a mission of keeping men alive, to finally seeking peace. And yet this same guy sent laypeople off to battle to die, people who had no idea about the battles that lay before them.”

As mentioned, the eight characters — four men, four women, all handpicked by Ware — play a variety of roles. This is the way the traveling Shakespeare troupes did it (although it was usually just eight men). They traveled lightly, and told the audience their imaginations were the best scenery there was. Scenery here will be similarly ample, Ware tells us, with the emphasis on keeping the experience truly Shakespearean. Ware admits this production is challenging, but she is up to the task. “It is challenging, daunting, and has something for everyone,” she states. The use of a single character playing multiple roles is itself daunting and demanding. But as we are reminded, Henry V is “just about good writing. It’s all there, between the covers.”

Is there a favorite line?

“When lenity and cruelty play for a kingdom, the gentler gamester is the soonest winner.”

We are in agreement on that line, proffered by Henry V at a time when he realized peace should win. But again, as Shakespeare teaches us, some things never change.

Henry V is on stage at Shakespeare & Company’s Bernstein Theatre, 70 Kemble St., Lenox, Mass., from June 18 through August 23. For information, schedules and tickets, consult The Berkshire Edge Calendar or go to shakespeare.org. 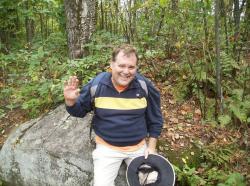