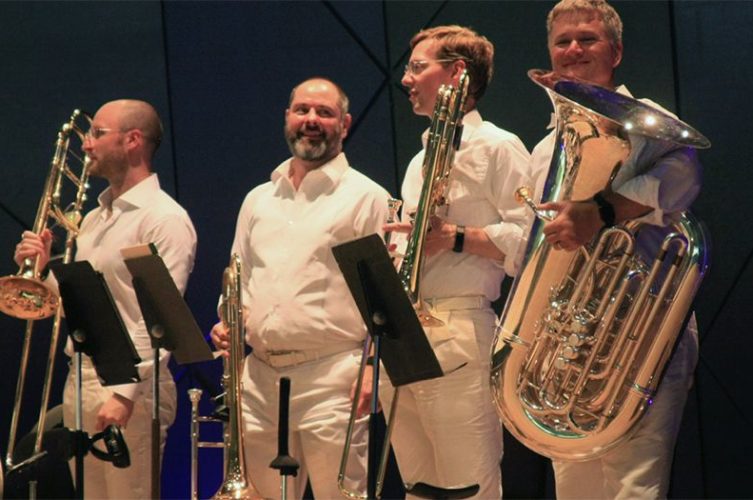 Lenox — On Friday, Aug. 14, the Boston Symphony Orchestra will release a streaming video of a recital recorded in June by the BSO’s top brass (which is to say, the low brass section) with three BSO string players — associate concertmaster Alexander Velinzon, violin; Danny Kim, viola; and Adam Esbensen, cello — opening with Beethoven’s String Trio in G, Op. 9, No. 1.

Toby Oft is the 12th principal trombone of the BSO and section leader of the orchestra’s low brass. Mike Roylance, father of the Dillon Roylance tuba mouthpiece, is principal tuba of the BSO. James Markey is BSO bass trombone, and Stephen Lange is a section trombonist with laser beams attached to his head. All four players are teachers, and they all have their own educational YouTube channels.

And here’s who will enjoy this recital: those who love low brass, those who dislike low brass and those who are indifferent to low brass. The fact is, this performance is going to be fun for everybody. It’s just the nature of the instruments, the players, and the repertoire.