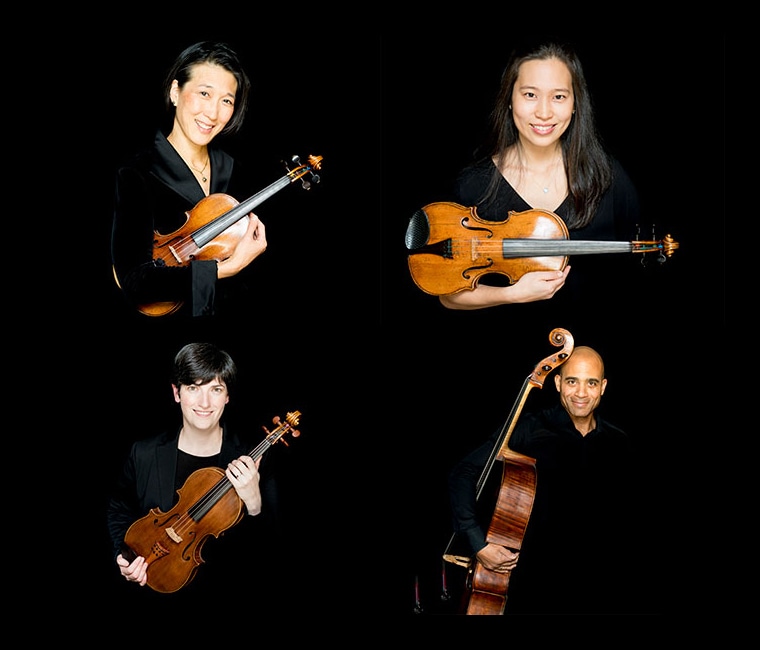 North Adams — Every fall, the Boston Symphony Orchestra begins to dispatch small troupes of their most skilled (and most intrepid) musicians to various towns in Massachusetts for the purpose of carrying out a plan first conceived by the orchestra’s founder, Henry Lee Higginson, in 1881. His desire was to make great music accessible to “any one and everyone likely to care for such things,” and the BSO in recent years seems to have re-doubled its efforts to make Higginson’s vision a reality (e.g., Tanglewood in the City). But in late autumn, the orchestra makes it real by offering free community chamber music concerts like the one it’s presenting at Massachusetts College of Liberal Arts in North Adams Sunday, Nov. 24, at 2 p.m.

Performing on the 24th will be violinists Lucia Lin and Julianne Lee, both of whom should be well-known to anyone who sees the BSO perform every summer in the Shed; violist Rebecca Gitter, who has been with the BSO since 2001 (her face, too, should be familiar to you); and cellist Owen Young, who has been with the orchestra since 1991, having completed a Tanglewood Music Center fellowship in 1987 following a summer of study at Boston University Tanglewood Institute. It should go without saying that all of these people are very high-level players.

Not only do you get a free ticket to hear these folks perform November 24, you (and your children!) also get to meet the players in person after the concert and ask them stuff while you munch on complimentary refreshments. When was the last time you had such an opportunity at Tanglewood?

Tickets to this concert are free, but they need to be reserved HERE.