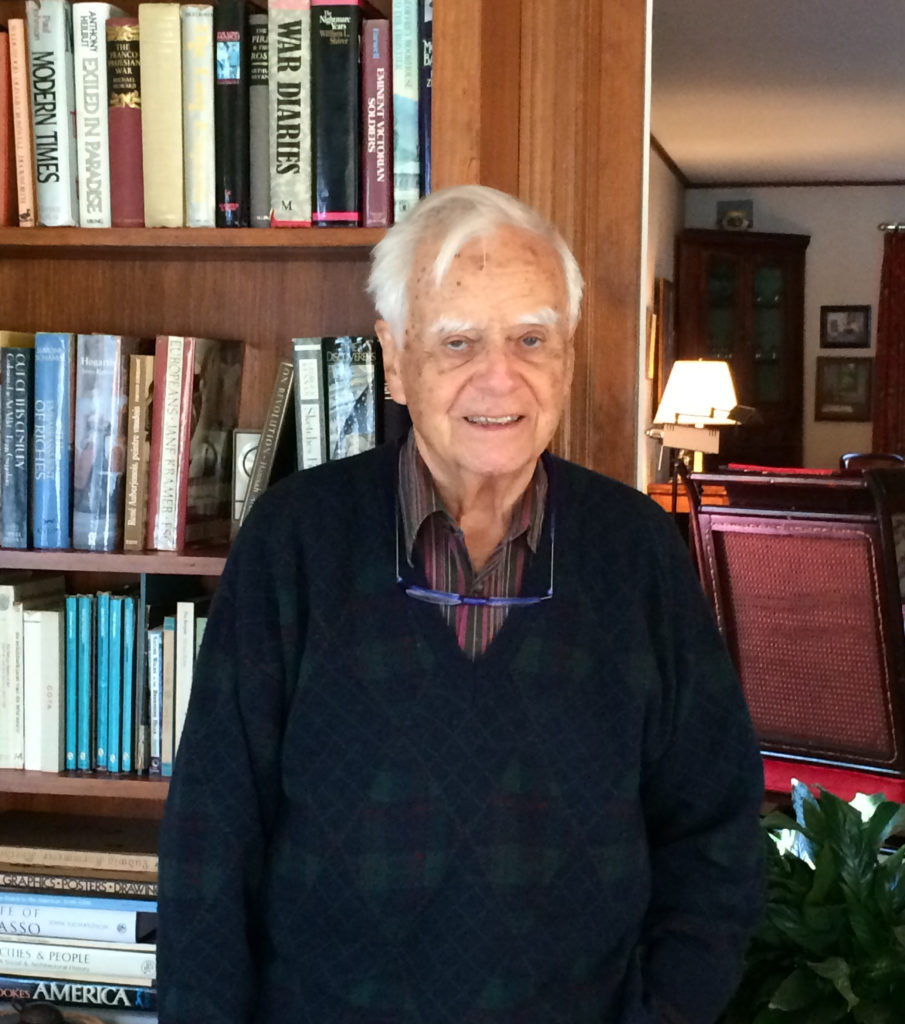 Sheffield — The Berkshires are extolled for our extraordinarily beautiful scenery. And of late the food scene has garnered a great deal of positive attention. But to me, what really makes the Berkshires such a special place is its people. Both homegrown and imported, Berkshire residents are not just a hardy bunch, but evince talent in many fields.

Take Loet Velmans, the 92-year-old Sheffield resident who did hard time in a Japanese prison camp during the Second World War and went on to become Chief Executive Officer of Hill & Knowlton when it was America’s largest and most influential public relations firm. 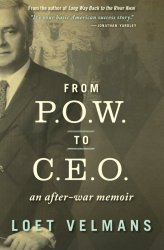 Luckily for us, Velmans is an excellent writer. His second book, published recently, “From P.O.W. to C.E.O,” complements his earlier one, “Long Way Back to the River Kwai,” a riveting account of his imprisonment by the Japanese during World War II. After I reread his first book, I was tempted to watch the classic film “Bridge on the River Kwai,” but he told me the movie prisoners were not thin enough to be believable.

Reading Velmans’ newest book is an excellent way to learn about the development of public relations in America. He more or less fell into the field, which was just emerging in the United States. Public relations was almost unheard of in Europe then.

As Velmans tells it, getting the job at Hill and Knowlton was simple. After a brief conversation, “’So, young man,” he (Hill) drawled. “What do you know about PR?” “Not much,” I replied. “Actually, nothing.” “Good,” Hill grinned. “You’re hired.’” Anyone who has recently been involved on either end of the hiring process will read those words with something approaching disbelief. But that was then…and this is now.

The same tenacity that supported Velmans through his wartime imprisonment enabled him to succeed in what quickly became a competitive industry. Being multi-lingual was a prominent asset. As was his ability to make friends with a wide variety of people in America and Europe. And it should be noted that his wife Edith seemed not to mind his long absences from home as he built his career with Hill and Knowlton.

As one reads this book, with its many portraits of powerful people, one imagines that Velmans had easy access to Hill and Knowlton’s history files. But such was not the case. Velmans did not keep notes of his career as he lived it, nor did Hill and Knowlton have detailed records of its successes. “I couldn’t have written the book without Google,” he says. But he also acknowledges that he has a good memory. Moreover, some of the events in the second book were so imprinted on his mind that recollecting them was not an issue.

Despite the excitement and satisfaction Velmans received from his career with Hill and Knowlton, he retired when he was 64. The job was stimulating and exciting, but he wanted more time with his family and less time married to his job. “And not for a moment did I ever regret that,” he says of his early departure.

Velmans dealt with his retirement much like he dealt with his career — he found what he liked to do and then did it. He always had a lot of interests, so he pursued them by serving on boards. His rule of thumb was to spend only four years on a board, after which it was time to move on. During his retirement, Velmans has served on 17 nonprofit boards. His longest service on a board is the Lincoln Center Education Institute, which, as its name denotes, is the educational arm of the world-famous Lincoln Center. He was the chairman of the Netherlands-America Foundation, and has been an overseer of the Boston Symphony Orchestra because of his involvement with Tanglewood. He was one of two nonlawyers on the board of the Legal Aid Society of New York. And then there’s the board membership at Bennington College. Closer to home, he was an early member of the Sheffield Land Trust; served for some time as an early adviser to Amanda Root, founder of Railroad Street Youth Project; and has been engaged with The Literacy Network.

Although he is 92 years old and maintains an active life, Velmans is also writing another book, a multi-national spy story. Using materials from his own life, this story begins in Indonesia in 1942, and the plot shifts from country to country.

“I was born a writer,” he says. “I wrote in prison camp, and after the war I worked at a newspaper in Singapore. In Holland I worked for a publisher of industrial house organs. At Hill and Knowlton I edited the people’s work. I also wrote individual analyses of problems. I’ve always written. I’ve never stopped writing.”

As Velmans writes in the book’s introduction, he wanted to leave a record for his grandchildren, and the generations after that. “That’s my audience,” he says. So he remains surprised that “Long Way Back to the River Kwai” continues to have readers all over the world.

Readers with a particular interest in public relations will read “From P.O.W. to C.E.O.” book with awe. The rest of us can simply sit back and enjoy the story of a life well lived.