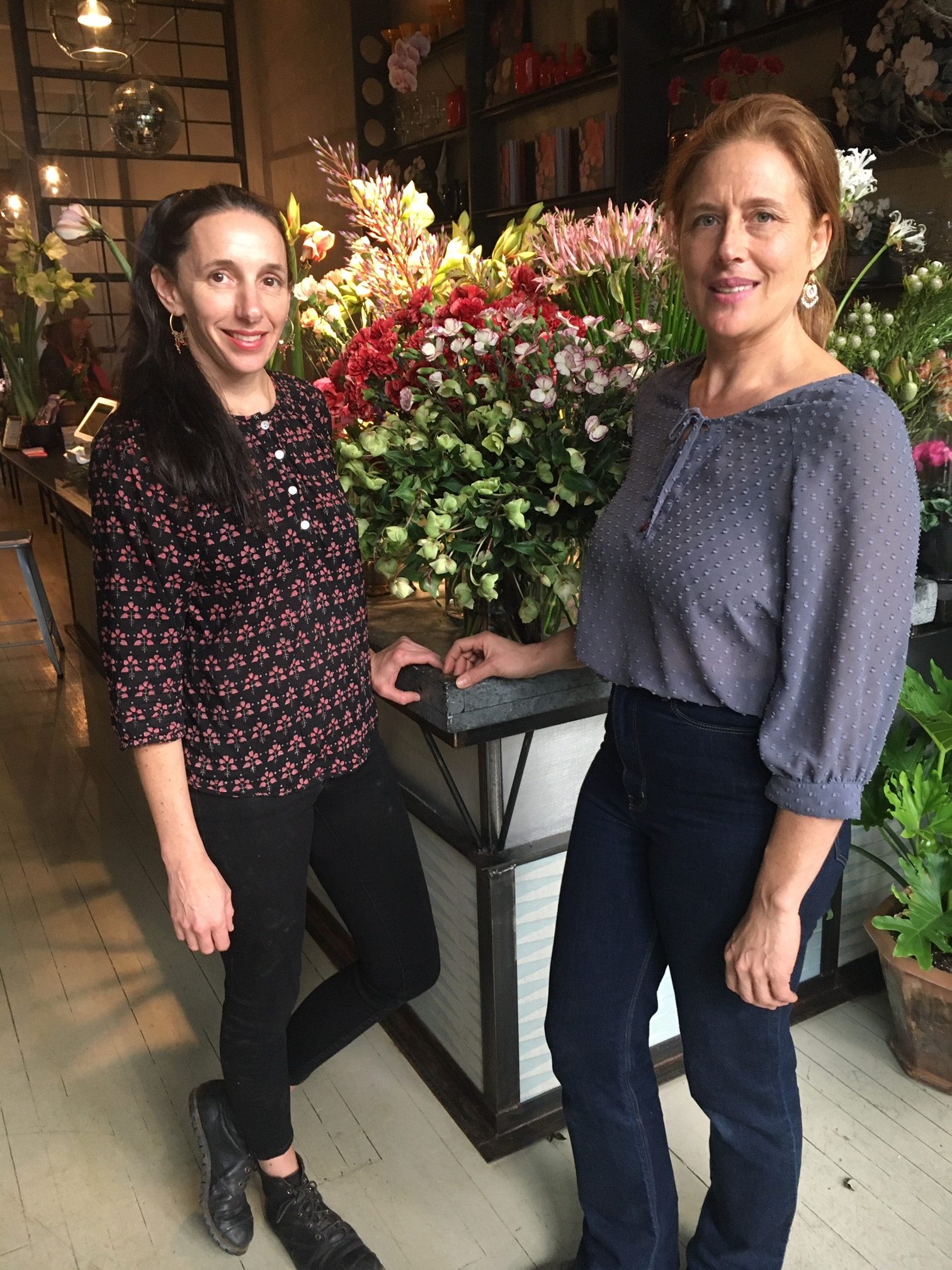 Great Barrington — Starting this weekend, renowned floral designer Ariella Chezar will be hosting a pop up flower market and holiday gift shop at Botanica, the celebrated Railroad Street café that has reopened for business.

Botanica owner and star baker Carla Blades always imagined a floral theme for her sophisticated café and she is delighted to be joined by Chezar, who is a rock star in the world of floral design. “As the cafe reopens for the holidays, I am delighted to have Ariella’s flowers welcoming our customers,” says Blades, who thinks the combination of glorious flowers and fabulous pastries will draw visitors to the Railroad Street landmark.

Chezar, always a fan of the café, sees their collaboration as a way to introduce her sophisticated floral styles to her own home town. “I travel all over the world giving floral design workshops or creating beautiful events,” says Chezar. “How nice to be able to bring my talents to the Berkshires, where I grew up.”

A native of the North Egremont, Chezar started her career by making Christmas wreaths in her mother’s art studio and selling them on New York City street corners. She studied with local flower legends Pamela Hardcastle and Barbara Bockbrader, and established herself as a leader in the farm-to-table flower movement while living in Berkeley, California.

Blades also grew up in the Berkshires, where she learned to bake from her German grandmother. The two women settled separately in the San Francisco Bay area after school, Chezar to open a flower studio and Blades to work as a restaurant baker. One day, when Blades walked into Oliveto, the bistro she baked for, Chezar was doing the restaurant’s flowers. It was a Berkshire reunion.

Chezar returned to the Berkshires 15 years ago and with her husband, Chris Gregory, establishing a flower farm just over the border in Ghent, N.Y.

The author of three best-selling books on floral design, Chezar’s arrangements have appeared on the covers of Martha Stewart Living and Martha Stewart Weddings magazines, in O Magazine and Real Simple. She was creative director at FlowerSchool New York, and has designed flower arrangements for the White House.

Blades always dreamed of moving home to open her own restaurant, a goal she realized when Botanica debuted in November of 2017. The café has been closed for the past year, but it is now emerging from that hiatus. Blades will serve coffee and light fare through the holiday season with plans for increased hours sometime in the future.

Chezar is delighted to be present for the café’s reopening. In addition to selling colorful botanical prints and pillows, as well as her favorite vases and custom arrangements, Chezar will be teaching a number of flower workshops at Botanica during the holiday season. A class on designing a Thanksgiving centerpiece was held at Botanica on November 26; another class is planned on designing a Christmas wreath. See her website, ariellaflowers.com for details and to register.