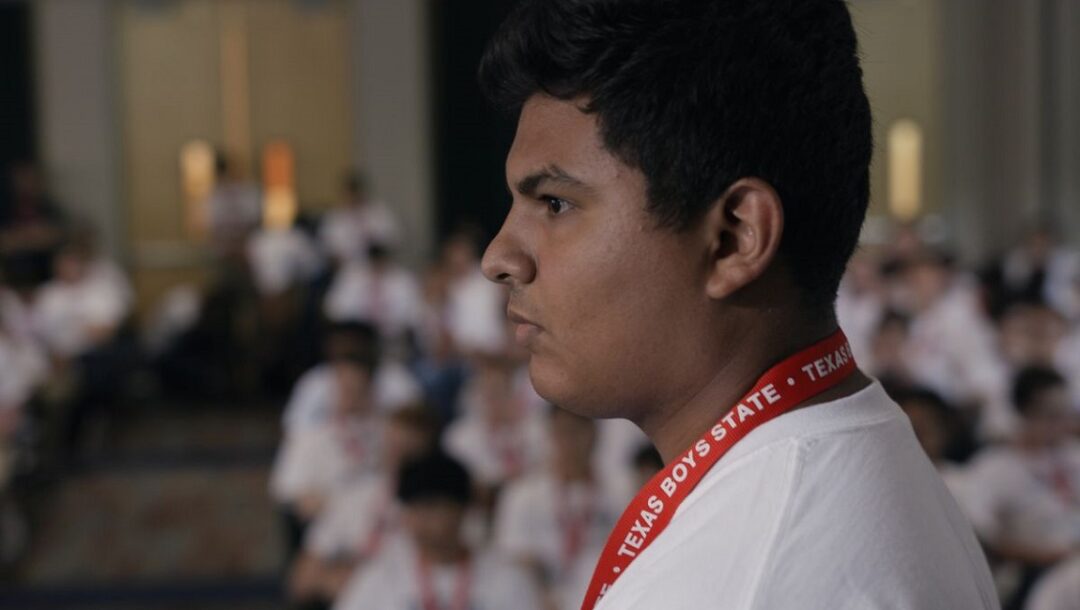 We are living in dark times, when our president will use any kind of chicanery to suppress and pervert the vote and make our democracy look like a dictatorship. And barely a murmur of protest is heard from the craven and opportunistic Republicans in Congress, who, out of fear or conviction, stand stolidly behind him. The mottos they live by are screw the Constitution and corruption, and damn the minorities and working class as long as I stay in power.

Consequently, when a documentary appears that offers a bit of optimism about the politicians of the future and makes one feel that all is not lost, it’s embraced. “Boys State” received a favorable reception from both critics and the audience at Sundance. The film is a cinema vérité documentary that delves deeply into the world of a mock-government conference for 1,000 Texas preponderantly white teen boys that is sponsored by the American Legion and held every summer in Texas’ state capital, Austin. Some future political stars who have participated in the conference as teens include Bill Clinton, Cory Booker and Dick Cheney. (The conference is also gender-segregated — there is a separate Girls State conference.) At the conference, the avid, acned, aspiring politicians divide themselves into two competing parties — the Federalists and Nationalists — and attempt to form a government that simulates the real thing. They accumulate signatures to get on the ballot, network, hold primaries, create platforms, engage in all sorts of political machinations and hold elections. Given that the boys are a generally conservative group, the platforms are only marginally different and there are few liberals among them.

The directors of the film, Amanda McBaine and Jesse Moss, have successfully shaped four personal dramas out of the adolescent cacophony and pageantry of the conference. The four boys they have chosen to center on range from, on the Federalist side, Ben Feinstein — an especially bright double amputee from San Antonio — to the Nationalist Rene Otero—an extremely articulate, self-aware, politically liberal African-American transplanted from Chicago to Texas. The other two are also Nationalists — the privileged Robert MacDougall, a good-looking charismatic demagogue who is willing to lie about his convictions to appeal to the voters; and Steven Garza, the director’s favorite, an earnest, honest son of poor Mexican immigrants (his mother undocumented), who is a political progressive seen as embodying the best of the American Dream.

All four boys play central roles in the campaign. Feinstein, who is a “political junkie” — pro-gun and police as well as a believer in individual responsibility and antipathetic to identity politics — is the Federalist Party chair. MacDougall, who is heading for West Point, runs and loses in the Nationalist primary for governor to the soft-spoken, likable Steven, who gives a heartfelt speech calling for unity and saying he will listen to and represent the members. So despite being an advocate for gun control and wearing a Beto O’Rourke T-shirt, he modifies his position and merely advocates increased background checks. He knows how far he can go with his constituents — a professional pol in the making. The confident Rene is the Nationalist Party chair, and in an aside, tells an interviewer, “I’ve never seen so many white people, ever.” Rene is the kind of ambitious liberal who is already geared for political warfare: “At first, I thought this was a conservative indoctrination camp. But this is what every liberal needs.” At the film’s conclusion, it’s Ben who masterminds the Federalist victory by engaging in shrewd personal attacks and dirty tricks against the Nationalists, but though Steven is downcast about his loss, he’s consoled by his achievement and everybody’s pride in him.

The four boys are among the most politically sophisticated participants at the conference, which is filled with boys spouting half-baked, callow ideas and indulging in excessive procedural wrangling. As a result, the film has moments of tedium, but the directors have skillfully put together from the mass of footage (sometimes having seven people splitting up into half a dozen units to track the movie’s various subjects) a film that is fluid and dramatic.

The film is also generally engaging, and some of the boys hold out hope that there will be a generation of articulate, astute politicians in the pipeline. None of them look like politicians who will inspire great social change, but they won’t turn out to be Trumpian demagogues. They seem truly knowledgeable about the political process and sufficiently committed to doing good that they won’t endanger our democracy.