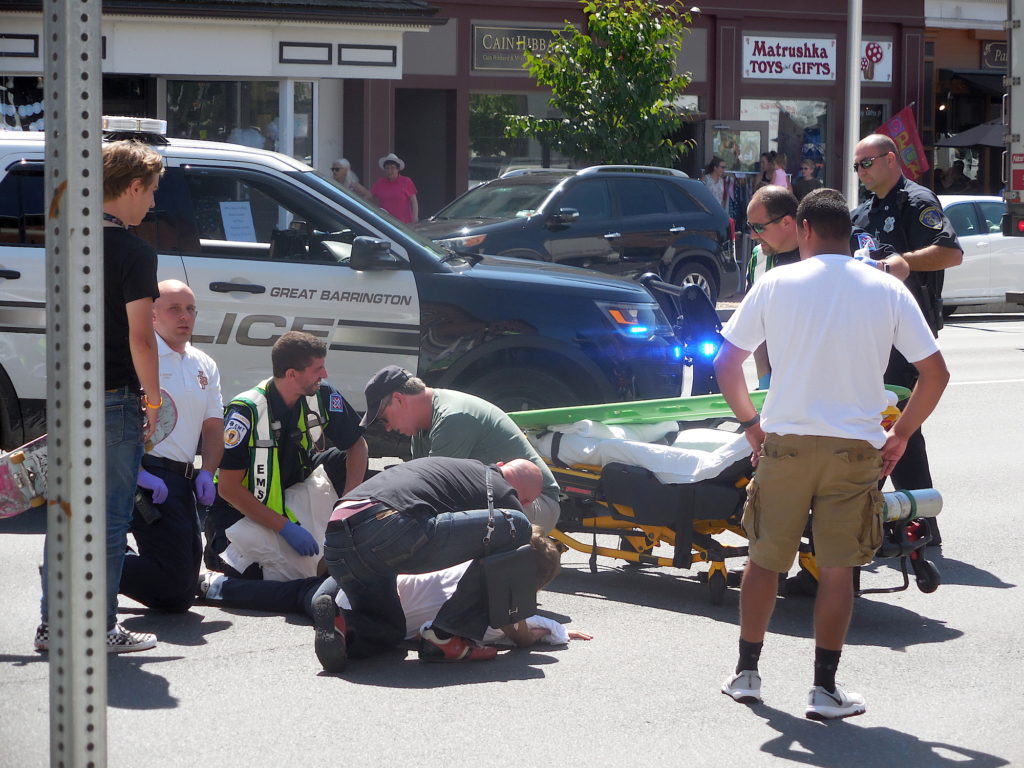 Terry Cowgill
First responders administer aid to the teen skateboarder who was struck by a motorist in a Main Street crosswalk on Tuesday.

Police: No charges against New York woman who struck teen skateboarder in crosswalk

Great Barrington — No charges will be filed against a New York motorist who struck a skateboarder in a Main Street crosswalk around noon Tuesday, police said.

Police declined to give the male teenager’s name because of his age, but he was publicly identified on social media by his mother, Regina Santamarina, as Gabe Santamarina, 15, a sophomore at Monument Mountain Regional High School.

Gabe was transported by the Southern Berkshire Volunteer Ambulance Squad to Fairview Hospital, where he was treated for a leg injury, Great Barrington police Chief Bill Walsh said in a statement. The incident occurred at the crosswalk at the intersection of Main and Railroad streets.

The vehicle that struck Gabe, a 2012 Toyota Camry, was operated by Judy L. Hoffman of New City in Rockland County, New York. Hoffman’s vehicle sustained damage but she was uninjured, Walsh said.

“An investigation was conducted, and based on witness statements, as well as video evidence gathered from a nearby business, no charges will be filed in connection with the accident at this time,” Walsh said.

For further details, click here to read a more detailed Edge story on the incident from Tuesday.