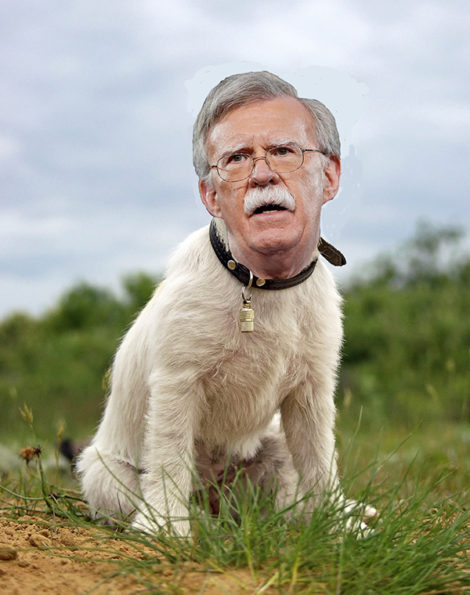 was keen to wage war with Iran.

He barked and he bristled,

Then he wagged his tail and lay down.

When Donald flew off to Korea

he left John behind out of feah

and spoil his bromance

with the Fat Lad from North Korea.

Quarantined, as it were, in Mongolia,

and was heard to howl and whine

when Donald crossed the line

with the Dictator of Dystopia.