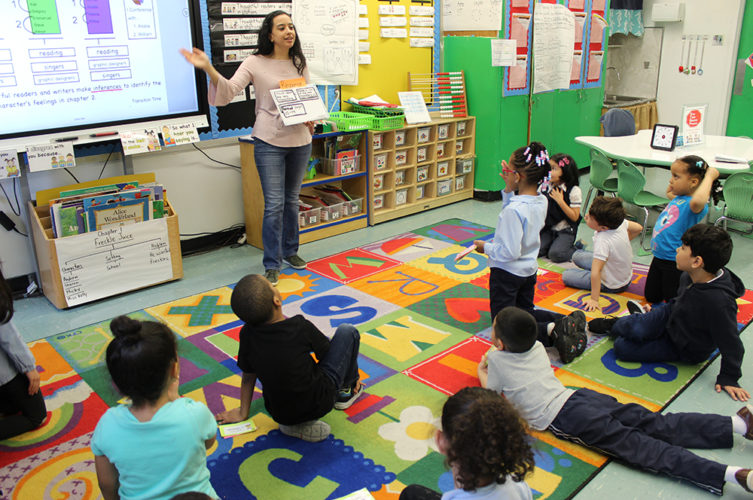 I have to wonder if anyone the Editorial Board of The New York Times has children. If so, I’m sorry, kiddoes.

Don’t get me wrong. I am not proposing to #CancelNYT. On the contrary, I don’t know what I’d do without it. I was taught as a young child myself to turn to the newspaper of record to hear from some of the world’s best thinkers and writers, and to learn the stories of global injustice — mistreatment of Asian women in the nail salon industry, mistreatment of domestic workers in the Middle East— that no other news organization has the resources to unearth. Recently, I’ve had reason to thank them each morning as I open a new Spelling Bee game.

But when it comes to educating kids, the editors at the NYT just don’t know what they’re talking about. Case in point: their editorial of this July 10th, titled “Reopening Schools Will Be A Huge Undertaking. It Must Be Done. Tagline: Officials need to think outside the school building.”

Over the past few weeks, I’ve been bemoaning, to anyone who will listen, our country’s lack of creative energy vis a vis the question of how to open schools safely. As many others have pointed out, we have no problem with bailing out airlines and hotels, but when it comes to the institutions serving our children and employing the millions of adults who educate them, the powers that be throw up their hands and say, “We don’t know how to pay for that. You figure it out.”

This is why I was initially encouraged by the paper’s tackling of the tricky subject, which would surely, I knew, reflect insights gleaned from experts. When the subject matter is, say, impeachment, or the Supreme Court, or the gig economy, or the Coronavirus, they always do. I imagined this time they might have consulted public school educators. Or private school educators. Or administrators. Or superintendents. Or guidance counselors. Or reading specialists. Or coaches. Or maybe teenagers who have done some babysitting.

You know all you need to know about the depth of their thinking based on their choice of image to accompany it. An old-school, wooden desk set into a field of shimmering, digital greenery.

This image is so many things, but most of all, it’s so sad. The newspaper’s grand proposal is not to shift kids into Central Park and use the great outdoors as a classroom, as the grass would suggest, but to shut down the roadways adjacent to public city schools and turn them into open air classrooms. The image of their plan should have been of a chair sitting on asphalt, but that, of course, would have looked pathetic, because it is.

Aside from the fact that even the paper’s graphic designers couldn’t bring themselves to depict the reality their Editorial Board was envisioning, there are, of course, some contingencies that children sitting lined up on desks along 78th or 132nd or 12th street would face. Rain, for instance. Wind. To say nothing of traffic noise.

There is also the blessed fact that we do not live in 1910 or 1960. Your average public school classroom, even in the poorest districts in the city, at least in the earlier grades, does not look straight out of “Dead Poet’s Society” anymore. Young children are not now compelled to sit still with their hands folded at solitary desks for seven hours of the day, even in the most militaristic charter school. They have small group work time. They have read alouds sitting criss-cross, applesauce on the floor. They can plop on a beanbag and have quiet reading time. They do project-based learning moving from station to station around the classroom.

Why can’t we see education as something other than the physical confinement of children? Why don’t we see this crisis as an opportunity to make lemonade from lemons, instead of crap?

What should the greatest city in the world – and the rest of us, for that matter — do? I have three ideas for your consideration.

Option 1: Take high school juniors and seniors out of the mix entirely. They should spend half their time taking online classes, with grades attached, not a pass/fail system, to ensure better accountability. Teachers will have to help students stay on top of their work, and community with parents far more than they are used to.

Juniors and seniors can then be freed up to spend half their time the way they should be spending it anyway, in jobs and internships that will introduce them to the work world and help them develop the soft skills that will allow them to succeed in it. This would not be a cure-all, but it would free up hundreds of thousands of square footage in school buildings to better space out younger children and allow for physical distancing.

Option 2: Barclay’s Times Square building houses 6,000 people on any normal workday. Today, there are maybe a few hundred in there. My friend works in a 10-story building in Boston that usually houses 300. Now there are fifteen. Multiply that same scenario all over the place, and you have millions of square feet of unused indoor space.

Could some of that space be retrofit to serve children on a temporary basis, with businesses in effect sponsoring particular schools? Of course it could. Would it be difficult? Yes, it would. Would the problem demand an entirely new way of thinking, and a long-term view of the public good on the part of businesspeople who are not accustomed to being called upon for such thinking? Yes, it would. Are we equipped to take on a challenge of this scope in six weeks before school starts? Probably not. But why isn’t it even being considered? Why aren’t we hearing anyone in the business community offering up their empty indoor — and plentiful outdoor — space for the people who need it the most?

Option #3, the best one: How about we take advantage of this moment of crisis to rethink school entirely?

Put yourself back in mind of the desk in the grass, because turning side streets into classrooms is dumb, but turning parks into classrooms just might be brilliant. Let’s make Central Park one enormous classroom, and all the dozens of other, smaller city parks, too. Put up tents for bad weather, but in the park, bad weather is only bad if you’re not dressed for it. Let half of any given student cohort stay with their classroom teachers for half the day, while the other half is supervised and taught by either those who will be most unoccupied this coming fall: college students and young adults, or professionals in all the hundreds of nonprofits that provide the athletics, drama, art, music, racial justice, civic education, nature connection, adapted programs for special needs students, story-telling, and dozens of other things. Then they switch off. All the students are in structured, socialized activity all day long, parents can work, and teachers are not compelled to teach kids in cramped, indoor spaces. Bring in mentors, like Christian Cooper, the now famous Central Park birder who refused to be intimidated by a white woman who threatened to call the cops on him and ask him to teach classes on his passion. He’ll be serving as a role model for living well into the bargain.

Let’s be expansive. Let’s look farther afield than just outside the school building.

Isn’t that a beautiful vision? Why can’t we be hopeful rather than hopeless? Why can’t we see education for what it is, not as small as a lonely desk in the street, but as big as nature, as big as life?