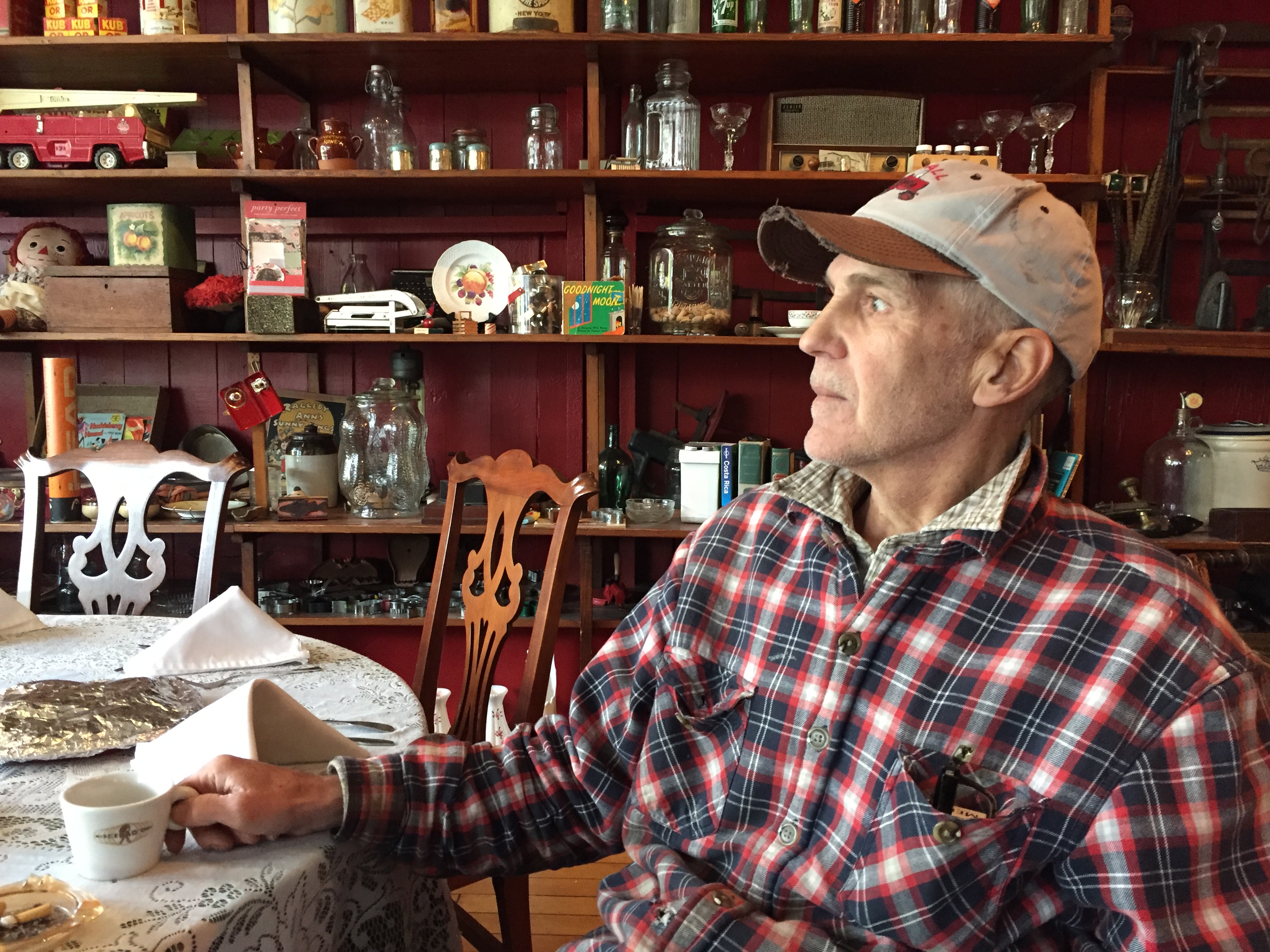 Housatonic — Craig Bero has learned to assimilate himself into tightly knit communities for more than three decades. His affinity for both collecting and cooking has served as an entrée of sorts into places others might never dare to venture. He grew up among poor Belgian farmers in northern Wisconsin where their survival “depended on what they could put up for the winter.” He spent time in the mountains of Corsica where he learned to make honey and wine; and his trio of West Village eateries attracted the likes of Bobby DeNiro and Shel Silverstein, the latter of whom was reputed to sketch on cocktail napkins. In addition to being an actor and a storyteller, a restaurateur and a collector, Bero is incredibly solid and down to earth. “I did not want to impose on the space,” he said of his setting up shop at the old Snyder’s Store at the corner of Pleasant and Main streets, a locale that, after a period of decline following the closing of Monument Mills in 1956, is on the verge of becoming the bustling hub of Housatonic once again.

Bero stumbled upon the Berkshires quite by accident, on a trip to Columbia County, New York, to get fruit and wood so his Ma could bake her pies. She flat-out refused to cook with gas or electricity and baked alongside her son, in the middle of New York City, on a woodstove from the farm in Wisconsin. Her specialty? Tart, sour cherry pies with crusts made with lard she rendered herself. This is just one example of what Bero calls a “food memory – [one]that has never left me,” he added, noting that, while he has few of his Ma’s recipes (Charlotte Bero died in 2000), he does know how to make that pie crust.

“Before I set fire to the stove, I need to know there is history to what I cook,” said, Bero who is a veritable village person; it comes as no surprise, then, that he was attracted to Housatonic, a village of Great Barrington that was formed in the early 1800s around the paper and textile mills. Local residents and Housatonic natives Pete and Patsy Carlotto can attest to Bero fitting right in. “How we connected was over antiques,” said Patsy, who stops by nearly every day, sometimes to arrange clipped flowers in bud vases or to deliver an English teacup or chocolate pot, both of which Bero collects. She also shares her recipes. One of the first meals Bero served when he opened his doors three years ago was in honor of the largely Polish immigrants who settled in Housy – among them Patsy Carlotto’s family. Bero made traditional galumpki, kielbasa, kapusta and sweet pierogi with Montmorency sour cherries – just like Ma used in her pies – and his recipes came from Patsy.

Today, the tradition of community suppers continues at Pleasant and Main – served Tuesday through Saturday evenings from 5 to 8 p.m. – but it’s a bit of a misnomer. Bero used the oft-coined phrase so locals could have an affordable meal. He has celebrated Italian heritage with polenta and chicken, and he is known to serve a fisherman’s breakfast platter on Christmas morning. For Bero, who was trained in the French technique, it’s all about understanding people and never imposing himself through a menu. Customers get a hankering for lemon meringue pie and Bero will make it; one couple brought a rabbit and Bero made a fricassee. His favorite kind of cooking, other than being inspired by the weather and what’s in season, is fulfilling special requests – just be warned that those requests will likely be on Bero’s menu all week long for everyone to enjoy.

“[Craig] is kind of laid back like he’s always been here,” said Pete Carlotto, who recalls going into the former Snyder’s Hardware Store to pay his mother’s water and telephone bills. Today he remains a fixture at the cafe, often helping to wash dishes after Sunday brunch or completing other odd jobs – but “money does not exchange hands.” That Bero has been welcomed so whole-heartedly by a tightly knit community speaks volumes about his character and the pace of Housy, where time often seems to stand still.

In the heart of Housatonic, “a village lost in time,” Bero has successfully pulled on the threads that evoke small-town America. He keeps cowboy coffee on the woodstove out back – in the footprint of the town’s original coal shed – and his door is rarely closed, even when he’s not open. Bero strives to have the best breakfast in Great Barrington not for the proverbial feather in his cap but in order to “be here for the community.” His affiliation with Honey Dog Farm in Hillsdale, New York, means he’s brimming with the freshest produce, from the spring’s first asparagus to the robust root vegetables of fall.

As for his real tour de force? “Thanksgiving,” Bero replied. “It’s my favorite meal of the year.” This year will mark his third at the corner of Pleasant and Main, and he’s already talking about the baked beans – a blend of cranberry and black turtle beans – he’ll have cooking over the fire out back, not to mention eight turkeys, hand-plucked and raised in neighboring Hillsdale. Bero exudes thankfulness. “This is my life,” he said with a sweeping gesture to the “somewhat off-beat style,” of his digs. “I could not survive without the locals and their contributions.”