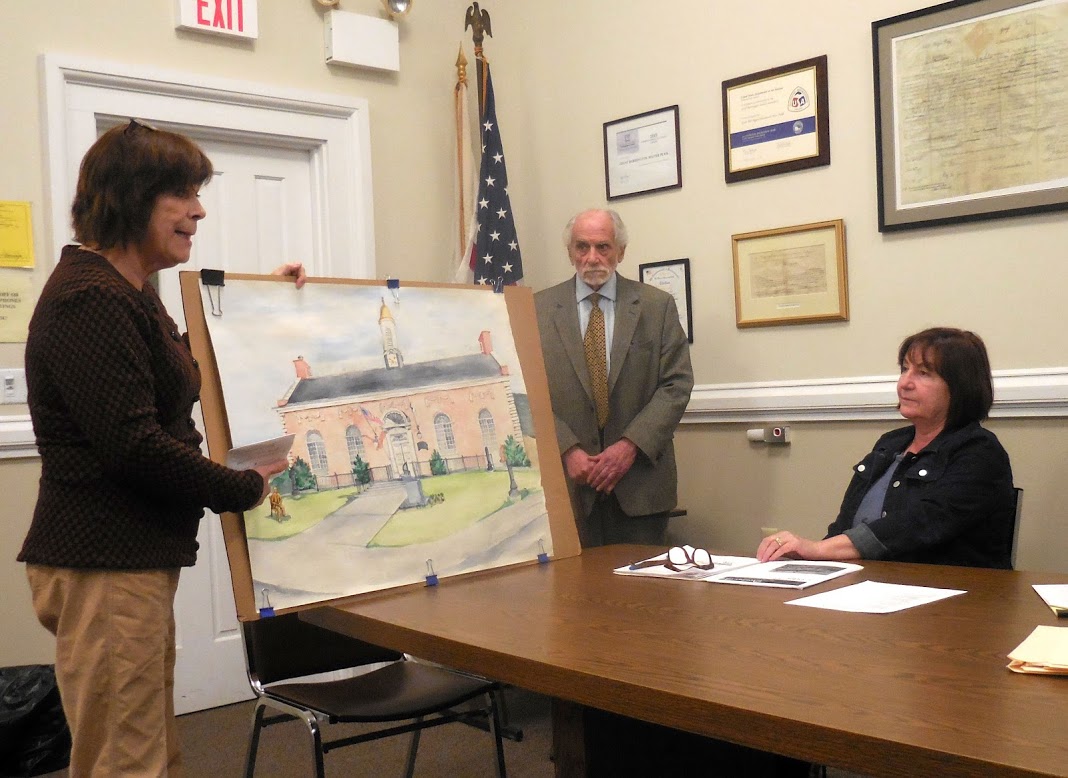 Great Barrington — The concept of commissioning an artist to build a statue of W.E.B. Du Bois and place it in front of the Mason Library appears in limbo after the Historic District Commission declined to take any action on the proposal after a public hearing last week.

At its April 18 meeting, the commission heard from a Housatonic couple, Danny Klein and Freke Vuijst, who had proposed the idea in 2017 to honor the legendary scholar and civil rights leader who grew up in Great Barrington.

But there seemed to be some confusion about whether the library’s trustees had approved the proposal or not. The idea for the statue would have to be approved by the trustees, the Historic District Commission, and perhaps the selectboard, as well.

Klein said he thought it was approved but HDC Chairman Don Howe insisted he had been told by a trustee that it was not. Library trustees Chairman Patrick Hollenbeck told The Edge that the trustees had approved the concept of the statue after a presentation from Klein and Vuijst last May. Click here to see an Edge story and video of the trustees’ meeting on which the unanimous vote took place.

“It was an advisory opinion that we gave because essentially we were told it was going to have to go through many different phases,” Hollenbeck said in an interview.

But Klein and Vuijst appear to be caught between a rock and hard place because it is very difficult to raise money for the project if they can’t tell donors exactly where the statue will be located. But the HDC doesn’t want to endorse the project unless a decision has been made on where to put the statue.

“We need to raise $80,000 to $100,000 from the Great Barrington community and [from] people all over the world who are interested in supporting this initiative,” Klein told the commissioners. “It is important for us, in order to start this fundraising campaign, to tell people where this statue is going to be.”

The proposal is being pursued by Klein and Vuijst as individuals. The proposal did not originate from the W.E.B. Du Bois Legacy Committee, which was appointed last year to oversee several town events honoring Du Bois, though Vuijst is a member of the legacy committee.

Howe was somewhat skeptical of the proposal, such as it was. Howe said he thought the symmetry was off since the concept Klein and Vuijst showed him depicted the statue of Du Bois sitting on a chair on the side of the front walkway opposite the book return.

“It’s sort of a strange comparison … a strange look,” Howe said. “I think it’s a weak spot for it. I envision it on the sidewalk as being more appropriate, which would be on public land, not on library land.”

A more recent rendering Klein and Vuijst submitted depicted Du Bois seated on a bench rather than a chair, which seemed to please most members of the commission.

Howe also questioned whether there was any direct historical connection between Du Bois and the Mason Library. Du Bois was born Feb. 23, 1868, in Great Barrington; left to attend Fisk University in 1885; and later became the first African-American to earn a doctorate from Harvard University.

The First Congregational Church, which Du Bois attended as a child, raised the money to pay for his tuition at Fisk. Though Du Bois returned to town periodically, the Mason Library was dedicated in 1913, well after he had left Great Barrington.

“He had a stronger connection with the Congregational Church than the library,” Howe said. “They supported him and sent him to Harvard and Fisk.”

Klein explained that he had reached out to the church, but the interim pastor who replaced retired minister Charles “Pastor Van” Van Ausdall told him it would be best to wait until a permanent successor was named.

But commissioner Julie Fagan countered that there was a symbolic connection between Du Bois and the Mason Library.

“His entire life was built on reading and books,” Fagan said. “Everything he did was predicated on books and, had there been a library at the time, we might be having a different discussion.”

“The library is about books,” agreed commissioner Patricia Ryan. Howe concurred and said the commission could potentially issue a certificate of appropriateness based on hardship.

“I’ve never been a hardship before,” quipped Klein, a humorist and author.

Commissioner Jim Mercer said he thought a statue honoring Du Bois was entirely fitting, given his stature in the community and in the world.

“I like everything you’re doing,” Mercer said. “I just don’t think we can act on this because we don’t have enough material that we need to act on it.”

In an Edge interview, Hollenbeck said it simply needed more discourse, more planning. He suggested Klein and Vuijst might want to start a foundation to raise the funds necessary to complete the project. Gifts to a charitable foundation would then be tax-deductible.

Such is the case with efforts in Boston to construct a memorial to Rev. Martin Luther King Jr., who studied there and received a doctorate from Boston University. King also met his future wife, Coretta Scott, while in Boston. Du Bois is widely viewed as laying the civil rights groundwork for much of King’s success.

The proposal for the Du Bois statue has not been without controversy. Not long after the library trustees endorsed the concept of the statue about two years ago, a group of veterans attended the next trustees meeting and issued statements of protest against placing on town property a statue of Du Bois, who joined the Communist Party late in his life before moving to Ghana.

Partly in response, Justin F. Jackson, a historian, author and assistant professor of history at Bard College at Simon’s Rock in Great Barrington, wrote a three-part series of essays on Du Bois, describing him as “Undoubtedly the greatest African-American intellectual in U.S. history and an activist who pioneered the modern civil rights movement.” Click here to read the series.

“If you pull all those things together, you’d probably have a nice package you could move forward with,” Mercer said.