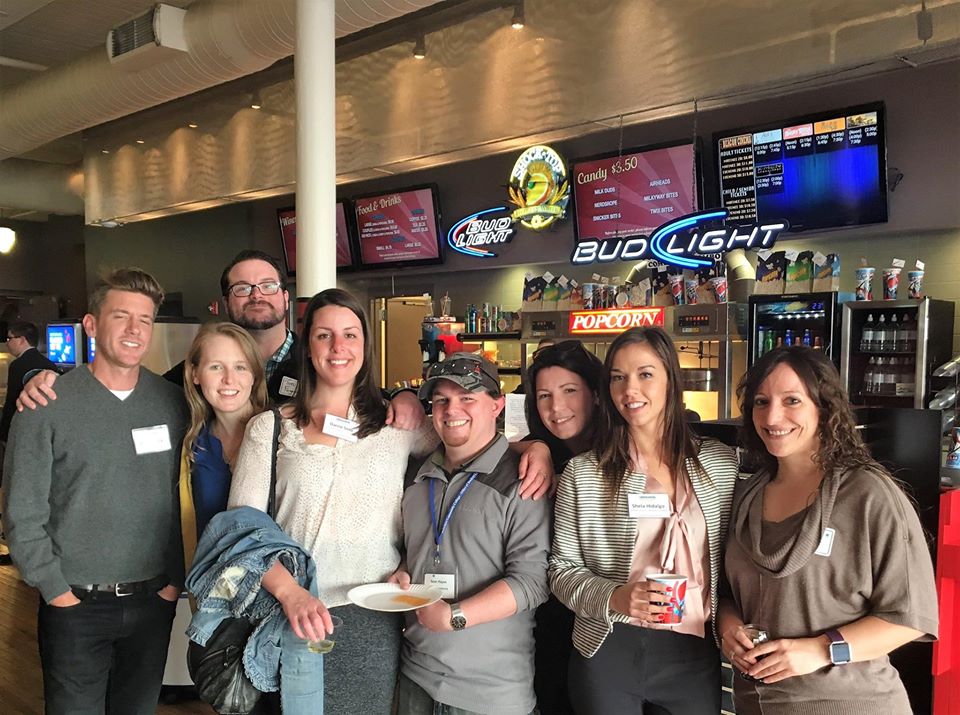 Pittsfield — Why do people come to Berkshire County? Why do they stay? Why do they leave? What does our future look like? Observers who have asked themselves those questions know they are complicated and perplexing.

But the Berkshire Regional Planning Commission, one of the few organizations in Berkshire County that actually gathers pertinent data, thinks it has found some answers. The commission, in partnership with 1Berkshire, a countywide economic development group, and the MassHire Berkshire Workforce Board, an employment services organization, recently released the results of the 2019 Berkshire County Survey that examined the attitudes, preferences, and needs of adults in the region. Click here to read it.

“The key finding is that people overwhelmingly enjoy living in the Berkshires,” commission planners Mark Maloy and Laura Brennan told The Edge in an email announcing the release. “People continue to reside in the county because of family, jobs and the scenic beauty of the region.”

The recent survey, which was an expansion and update on the commission’s young adults survey of 2015, was created in Survey Monkey, an online survey tool, and distributed by broad email solicitation, social media and through partner listservs and websites. There were 1,550 responses, with 81 percent of them coming from current residents. Female respondents outnumbered males by roughly 70 percent to 30 percent.

In an Edge interview, Brennan added that there has also “been a shift around responses to why people remain in the area. More people say they intend to remain than in 2015 and that speaks to a different sense of confidence in lifestyle, employment and the like.”

The good news is that current residents, whether they be natives or transplants, generally enjoy living in the Berkshires. Those residents typically had three main reasons for living here: They have family here; they like the scenic beauty of the region; or they found jobs in Berkshire County.

There was a host of lesser-cited reasons as well: a desire to get away from urban congestion; easy access to outdoor recreation; the perception that Berkshire County is a good place to raise a family; and the abundance of cultural attractions such as theaters, concert venues and museums.

But why did people leave the county? The survey found they left because they found better-paying jobs elsewhere, they were bored by the region or they just plain didn’t like the winter weather.

“The results reinforce for us a lot of what we’ve been seeing anecdotally,” Jonathan Butler, president and CEO of 1Berkshire, said in an interview. “One thing that pleases us is we continue to see a strong desire for people to live here if the circumstances are right.”

Butler cited the region’s farm-to-table food culture as well as the arts and culture scene as import factors in Berkshire County’s economy. But he also noted that health care is the top sector in terms of employment and, despite the loss over the last few decades of General Electric, Sprague Electric and the paper mills that once dotted the region, manufacturing still accounts for 8 percent of the county’s economy. Butler also referred to the Pittsfield operations of General Dynamics, a major defense contractor that employs about 1,000 people locally, as an example.

“Don’t underestimate our economy,” Butler added. “We have a more diverse economy than most rural areas.”

And of course, nor should one underestimate the impact of the region’s cultural institutions. A study released in 2017 by Williams College economics professor Stephen Sheppard found that Tanglewood, the summer home of the Boston Symphony Orchestra on the Stockbridge-Lenox line, has an annual economic impact of roughly $103 million on western Massachusetts.

Sheppard is the author of a 2009 study, commissioned by the Berkshire Chamber of Commerce, that found that the nonprofit sector was generating $1.9 billion in the Berkshire County economy every year and employing more than a third of its workforce. By 2012, that figure had risen to $2.4 billion from the nearly 375 Berkshire County nonprofits, including visitor impact generated by nonprofit expenditures.

And of course, there is the hospitality industry that accommodates the needs of the tourists and others. For more information on that sector, read an important Edge story from 2017, The Berkshires ‘Hotel Wars’: How many is too many?.

The planning commission’s most recent study updates and expands on its 2015 report that focused on young adults. The commission cited the need for a fuller picture of county’s economic and employment landscapes as reasons.

“However compelling, the 2015 Young Adults Survey results did not paint a complete picture of workforce needs in the County, which naturally must include people age 40 and older,” the commissioners said.

Brennan also said that, this time around, there was an increase in people who said they miss Berkshire County after having left and that they would come back if circumstances were right for housing and appropriate employment for their skill set.

“Sometimes people are lured away by better career advancement, not realizing the cost of living in the new area might be disproportionate to the salary boost,” Brennan explained. “There is a temptation to believe the grass is greener.”

Fewer respondents than in 2015 cited lack of broadband Internet service as a negative factor. Brennan says that’s probably because of local efforts to improve service. In South County, for example, municipally owned fiber-optic utilities have been started in Mount Washington, Alford and Otis. And a private company, Fiber Connect of the Berkshires, has wired portions of Monterey, Egremont and downtown Great Barrington.

The Young Adults Survey (click here to read it) was driven in part by long-term population losses, both generally and in the numbers of young people. For example, as recently as 1999, Monument Mountain Regional High School had an enrollment of some 700 students in grades 9 through 12.

In 2014, Monument’s enrollment was approximately 570. Now, the student body stands at 506, including choice and tuition students, with long-term projections of further decline. Lenox, a town of some 5,000 full-time residents, had only 14 births in 2013, but reported 116 deaths. In 1983, Lenox reported 65 births.

The 2020 planning commission study cited U.S. Census data indicating that Berkshire County has consistently lost population since the 1970s, losing, on average, 450 people per year. By 2030, the county’s population is projected to decrease to approximately 122,500, an additional decline of 5,260 after 2020.

The decline is steepest among those from 18 to 39 years of age. Also, the population is skewing toward older adults, most of whom are retired or approaching retirement age. Indeed, by 2030, the census bureau projects that all municipalities in the region, except for Williamstown and North Adams, both of which have large college-age populations, will have 50 percent or more of their total population at age 50 or older. Meanwhile, as the full-time population grays, the number of part-time residents is increasing.

Rene Wood, who sits on the Sheffield Board of Selectmen and is on the BRPC executive committee, said in an interview that often what happens in the Berkshires is high school graduates leave for higher education and don’t return until their 40s or when their parents need them. And among natives and outsiders alike, there is a perception problem.

“There is still the perception that we have only tourism, health care and seasonal jobs, but we have good job opportunities,” said Wood, who emphasized in our interview that she was speaking only for herself. “Part of our job is making people aware of them.”

Butler, Wood and Brennan also cited the lack of availability of rail links to metropolitan areas as an obstacle to attracting and retaining young people, many of whom avoid automobiles or would like easier access to places like Boston and New York City.

But there has been some progress on that front. The Berkshire Flyer, which will offer weekend service between Penn Station and Pittsfield via the Hudson Valley, received funding from the state to begin a pilot program this summer. In addition, a Massachusetts Department of Transportation study on a possible rail link connecting Boston to the Springfield and Pittsfield areas is expected to be completed this spring.

According to census figures released in December 2019, the median age in Sheffield is 52.1 years, one of the highest in the county.

“You need all ages for a vibrant community,” Wood explained. “You need every age group. How do you get that better balance? That’s what we need to do.”