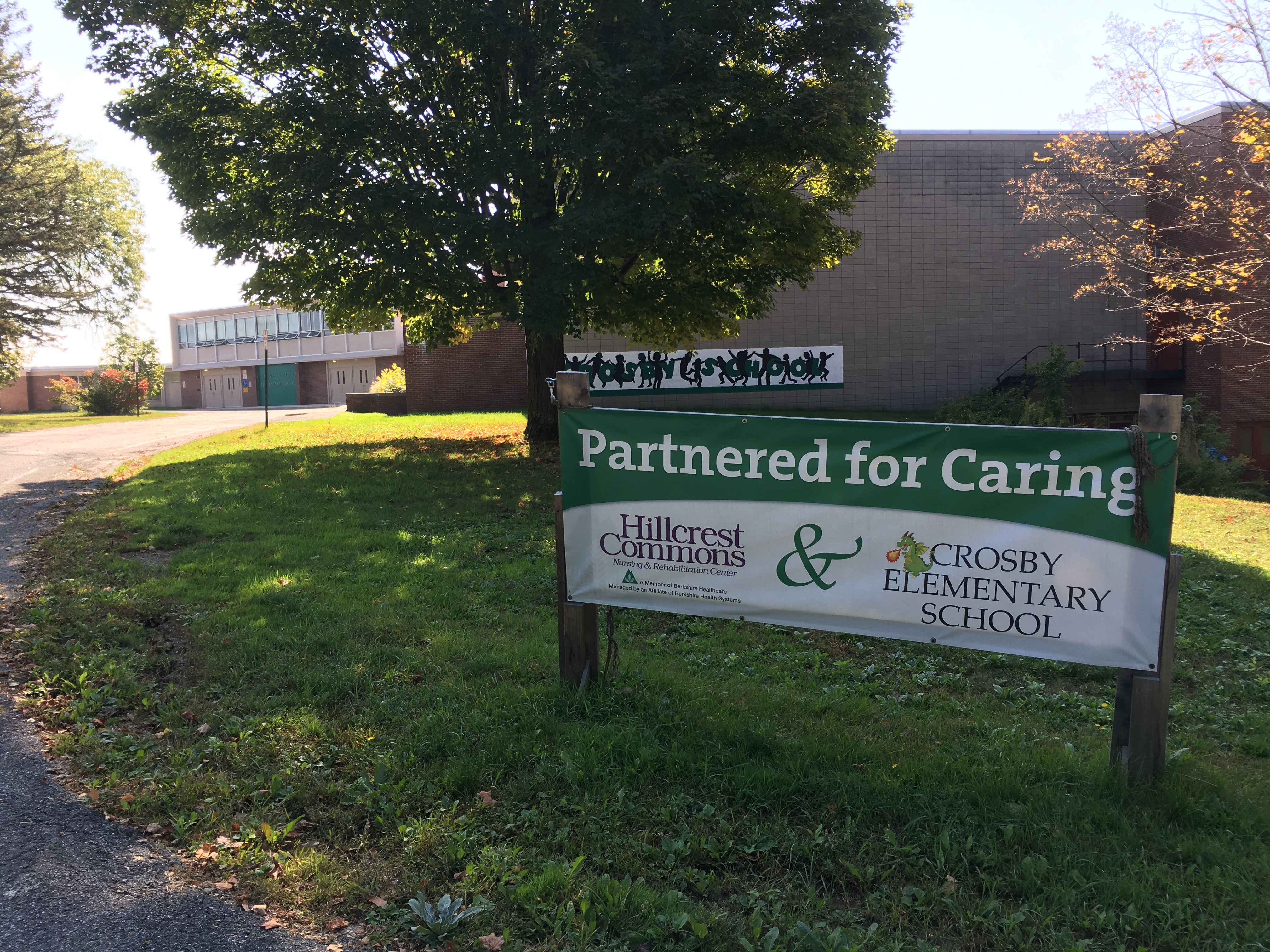 Pittsfield — The Oxford dictionary’s first entry under “community” is: A group of people living in the same place or having a particular characteristic in common. I got to thinking recently about how we define community after reading reference to the word within letters and articles covering the Berkshire Museum’s proposed sale of artwork. Protestors bemoan the museum’s lack of “community support” for their plans, in which case there seems to be something of a disconnect at work here.

Pittsfield was in the news last spring for a different reason than the potential “tremendous loss” of paintings, to quote one recent black-veiled protester. With rising costs and losses to tax rolls, Pittsfield Public Schools (PPS) eliminated 73 staff positions. Unlike the Berkshire Museum story, these tremendous cuts were in the news one day, and out the next. School personnel have to roll with unpredictable punches, and no one wants to dwell on what’s missing.

To find out more about how the city was handling these losses, my friend Maria Rundle, Executive Director at Flying Cloud Institute, which provides STEM programming for many of Pittsfield’s students, suggested I speak to Judy Rush, Curriculum Director for PPS, who kindly carved out a few minutes one morning while assessing incoming students at Reid Middle School.

Actually, Ms. Rush’ official title is misleading, and tells only one quarter of the story. She is now Curriculum Director, Title 1 Director, foster care Coordinator and Coordinator of new teachers and mentors. When I suggested that these sounded like four full-time positions, she replied, with no trace of bitterness, “Yes, each of these jobs would be separate in another district.” She is refreshingly positive, modeling the optimism she says her teachers have to teach many kids, since optimism is a learned trait, and there’s not much of it to be found in many poor households.

With the PPS administration, as she puts it, “at a bare minimum,” she sees her own juggling act not as absurd overwork but an opportunity. “What’s exciting is that this allows me to empower educators to make decisions. That’s the advantage of having one person doing all these jobs.”

The biggest challenges for all her staff, of course, are the ravages of poverty. “The kids come to us having experienced traumas. The way we address that is through Inclusive Practices, which teaches us how to design every activity with all the student variables in mind. Instead of teaching something, and saying, ‘These are the kids who will get it, and these are the ones who won’t,’ we anticipate who will need what, and plan accordingly, so we meet each learner’s needs at the outset. Learning [through the Inclusive Practices training] how the human mind behaves ‘on poverty’ was one big a-ha moment for us.”

Rush says, referring to the seventy-three cuts, she believes only two or three people ended up without any position, thanks to early retirements. Referring to one aspect of her own expanded role, she says, “The foster care piece is new, and is the result of new ESSA [Every Student Succeeds Act] regulations. Before it was absorbed into what the principal and guidance counselors handled. We’ve just started to keep records of foster kids this year. They are an underidentified group.”

ESSA was the Obama administration’s signature education initiative, and like so many other well-meaning federal mandates, came down from above with lots of new requirements but no new resources to meet them. ESSA was preceded by George Bush’ No Left Child Behind, which, in turn, ushered in the era of high-stakes testing.

As for the current administration’s education priorities, the future does not seem to be getting any brighter for the people who serve the country’s poorest kids. For the 2017-18 school year, PPS received their Title 1 funding, which is the largest pot of anti-poverty support for public schools, and have also received Title 2-a funding for teachers’ professional development. But, Rush says, “That is solid for this year, but Title 2-a has been thrown out as possibly on the chopping block, and even Title 1 has been talked about too.”

The Trump administration released its education budget proposals in late May, seeking cuts of over $9 billion. Betsy DeVos, Education Secretary, called the proposal, “an historic investment in America’s students.” This investment would involve the reallocation of one billion from Title 1 toward school choice. (Also recommended for elimination in the President’s budget is the only federally-funded afterschool program in the country, 21st Century Community Learning Centers, which serves hundreds of students at Conte, Morningside, Reid and Herberg Middle Schools, and Pittsfield High School.)

Title 1 goes back to LBJ’s war on poverty, when it provided federal funds to local school budgets. These days, schools that have 40 percent or greater poverty are eligible for funding above and beyond what a district could provide. Rush told me, “In our case, Title 1 funds provide reading coaches and interventionists schools, and we’ve also paid math coaches. But as the Title 1 grant goes down, or stays level, salaries go up, so each year there is less money there.”

As for municipal funding in Pittsfield, the situation is, of course, more dire in the short term. Karen Vogel, Director of Community Impact at the Berkshire United Way, says, “The city is reaching their ceiling for the tax levy.” And when 73 positions are lost, it’s the students who require the most time and attention who are hurt, Vogel pointed out. “All our schools are having to make some really hard decisions, which unfortunately, fell most upon our paraprofessionals, the ones that work most closely with our students.”

Chapter 70 funding, the state level funding sent to school districts across Massachusetts, is not adequate either, according to State Representative Tricia Farley-Bouvier. “Chapter 70 funding formula isn’t right. We are not in as much trouble as other school systems in county, but we do have declining enrollment, and the funding doesn’t reflect the needs that we have.”

In related state news, on the ballot for November, 2018 is the Fair Share Amendment, which would raise income tax on those earning more than $1,000,000 per year, which revenue would go toward education and transportation. “We expect to raise $1.9 billion statewide.”

One aspect of the good news in Pittsfield is the long list of who’s stepped up to fill in gaps for PPS’ most vulnerable kids, and the list includes Berkshire Museum. “One way we can do what we do,” explained Rush, “is through our community partners, like Jacob’s Pillow, Flying Cloud Institute, Kripalu, IS 183 Art School, and the Berkshire Museum.”

As an example, the museum this year is piloting a ‘substitute teacher’ program in all grades at Allendale Elementary School, bringing in their educators to work with students so that elementary teachers have time to collaborate for a class period. “They heard us crying out, and they provide us that time and breathing room, while our kids get great science instruction.”

Representative Farley-Bouvier said of the museum, “Berkshire Museum is front and center in the effort to support PPS. They have made promises for the future that we can count on, since they’ve proven themselves in the past.”

One of those programs is the baby of two Pittsfield community leaders Vanessa and Manny Slaughter, who live just west of the museum. The Slaughters, on a mostly volunteer basis, have, for the past five summers, organized a free sports and literacy day camp, called the Marilyn Hamilton Literacy-Sports Program, for about 60 west side children on any given day. During the school year, they rent busses and get the kids out of town, to shows, MCLA, the Basketball Hall of Fame.

So when folks want to take the temperature of the West Side community, they talk to the Slaughters. When I asked Vanessa, after a recent meeting, “What do you think about the issue with the museum selling off their paintings?” she looked uncharacteristically at a loss. She was not familiar with the issue.

This is not to say that opinions in general are hard to find on the West Side. The following is a partial list of the issues on citizens’ minds, collected at a public forum organized by City Hall at Conte Community School in February of 2016.